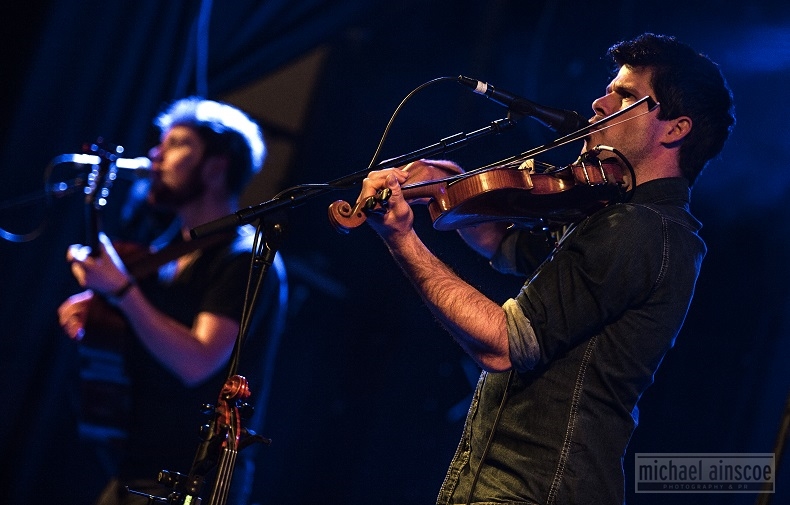 Mike Ainscoe catches the penultimate gig on a  short ten date tour which once again finds Seth Lakeman promoting his  Ballads Of The Broken Few album. Featuring  support act and album contributors Wildwood Kin, the only standing gig on the tour turned out a belter.

“Manners maketh the man” so they say; maybe the same people who subscribe to the “the venue maketh the gig” philosophy. Off the back of a show in London’s Cadogan Hall and with Winchester Cathedral also on the list of stops, the Picturedrome at Holmfirth offered up an environment  more earthy and organic and frankly more suited to a sweaty folk gig. The only standing venue on the tour also turned out the be the gig that convinced the guys that next time round, they may have to give a miss to the seated venues. If they return to Holmfirth though, they may have to reinforce the stage. It took one heck of a foot pounding – more of which later. 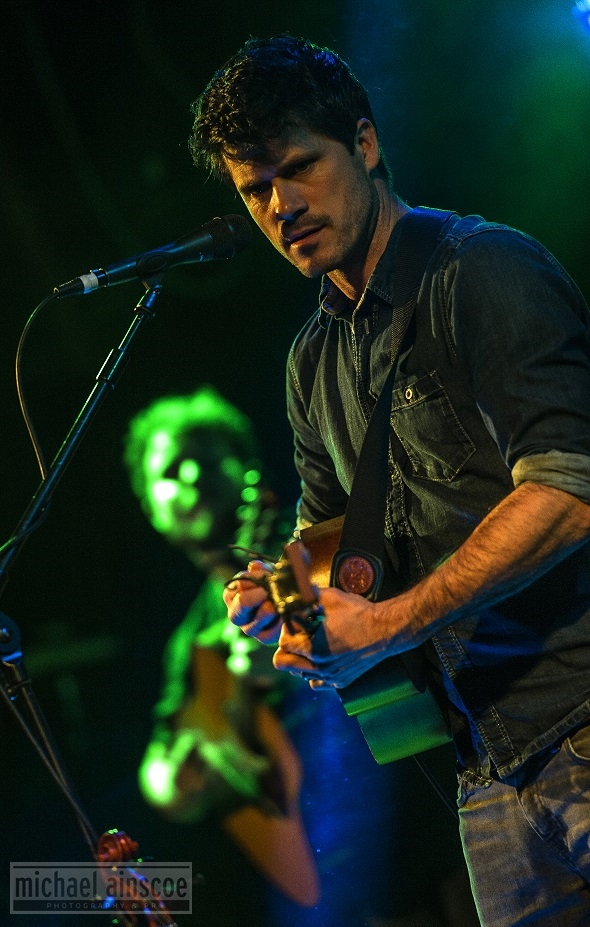 Album wise, Ballads might be his equivalent to Springsteen’s Nebraska – a stripped back album that when the songs are translated to the stage or in a band version, they take off. The richer sound of the viola and the plucked fiddle seeing the new songs now really starting to bed in and feel like part of the set.

Adding the vocal talents of Wildwood Kin, whose exquisite harmony singing backed by some meaty instrumentation had opened the gig, gathered round a single microphone gave an intimate mid set diversion into the new album. It’s helped by the fact that Willow Tree – a song brought to the album from the Full English archive – has been given a new band arrangement. Now coming  cloaked in a shroud as dense and menacing as a Cornish mire. Haunting and verging on psychedelic folk, it feels like the natural direction the most recent Lakeman material is starting to follow.  A ‘worth the ticket price alone’ moment? One of them…

The others coming in the form of  a couple of what he called ‘resurrected’  songs. Brought back from the dead and given a brand new treatment Poor Man’s Heaven might have had long term fans scratching their heads over  the slowed down banjo tempo during the first half of the song, but they can’t  have seen anything like the spectacle once Seth downed the banjo and picked up the fiddle.

The sight of Seth literally jumping two footed onto his stomping pads like he did in Holmfirth and then stomp and stalk round the stage like the ten year younger model (he’s forty later this year btw…) was a sight to behold. And then there’s Jack Rutter; animated even at the most subdued of times, literally throwing himself and his electric guitar around with a passion the as the Poor Man’s… instrumental riff cranked out; not so much the “folk rock” promised by Seth’s introduction but ‘folk sabbath’ in a new dimension. Ye Mariners All in the encore slot another welcome return to refresh the setlist and again led by the  familiar tenor guitar led lurching rhythm which drives Take No Rogues and The Colliers elsewhere in the set. 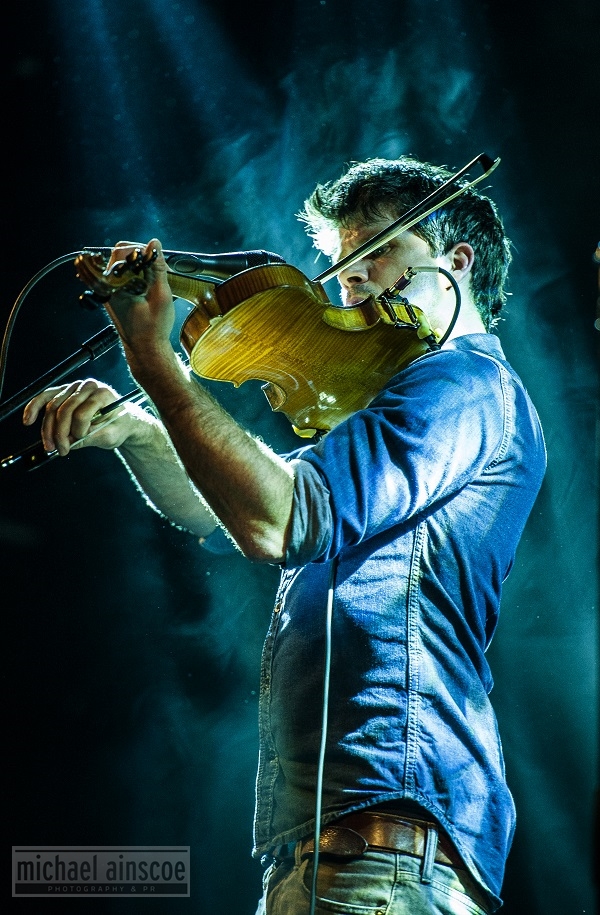 The band is a well versed, well oiled quartet these days. New boy, although he’s been providing guitar, harp and more at Seth’s right hand for about three years now, is Jack Rutter – impossibly spring heeled and probably on the same energy drink as Cormac Byrne. The image of Cormac amidst his percussion set brings to mind  one of those clockwork toys you wind up and let go – only he never stops.

In contrast Ben Nicholls remains on his trademark stool filling out  the bottom end, even getting in his string bending  little solos in …Rogues and the intro to …Mariners.

And whilst on the subject of contrasts, the final night of the tour in Warrington might have seemed more on the anti-climactic side following the highs of Holmfirth. Possibly an more refined audience but one less inclined to party. Seated you see, makes a difference although standing room at the back allowing a dance floor.

Seth’s future plans indicate that another diversion into and with The  Full English might be on the cards for one. However, a quick post gig chat revealed the exciting news that he’s recently been working on some new music by Robert Plant and his Sensational Space Shifters. Particularly so as Willow Tree would be right up Planty’s street, the bluesy country Americana feel taken a step further into something deeper and darker – maybe, surely even,  the logical direction of the next album.

And while the thinking cap is on, how about Seth Lakeman as the perfect touring partner for Plant – Seth could easily put together a half hour set which would complement the Strange Sensation and then even give him a chance to jump in and guest in Plant’s set. All hypothetical of course, but you can speculate, sow the seed and hope it bears fruit.

All words and live photography (Holmfirth & Parr Hall, Warrington)  by Mike Ainscoe. You can find more of Mike’s writing on Louder Than War at his author’s archive. He can be found on Facebook and his website is www.michaelainscoephotography.co.uk