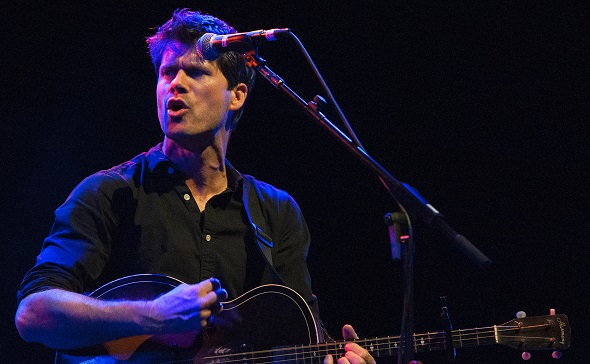 It’s been a while since we’ve been to watch Seth Lakeman; his role as a member of Robert Plant’s Sensational Space Shifters has taken him round the world and probably earned him a decent wedge while giving him a break from  recording and touring with his name selling  the ticket. However, he’s back with a new album and chance to get out and play with a fresh look to his band.

And what struck home as we took in  Seth for the first time in what must be well over a year, is that the new look to the band gives him a chance to show several different facets to the Lakeman experience.  The new album, The Well Worn Path seemed a little underwhelming, especially for those who might have hoped for something a little more after the Plant experience. However, the live performances certainly add an edge and intensity that seems to be missing from the recorded versions of the songs. 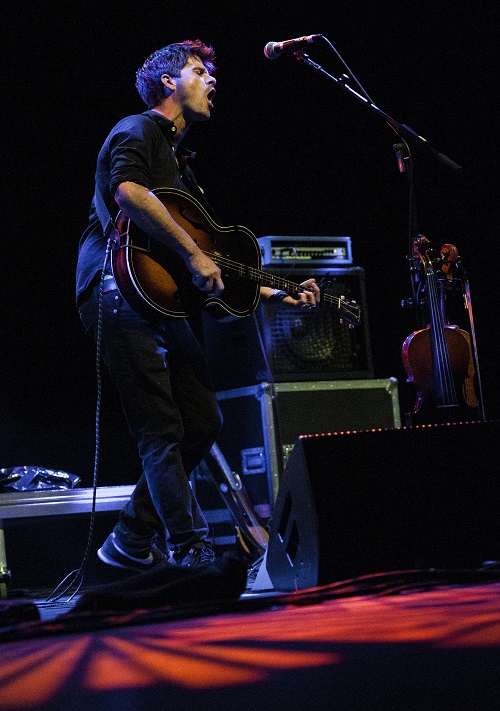 Using Bright Smile as the opening song as on the album, the band sounded great with Kit Hawes electric guitar adding a harder edged country swagger  to the slow bluesy  tempo. The eerie Eastern drone at the start of The Gloaming before Evan Jenkins’ Bonham beat kicked in  and the tremendous instrumental climax to  Fitzsimmons’ Fight where Ben Nicholls switched to electric bass  showed a four piece band on full power.  The Educated Man – dedicated to teachers everywhere, or at least those who inspire us was a nice touch instead of the usual teacher bashing that lays the blame of most things from the loss of the Ashes and Olympic failure to the weather and global warming at the feet of schools – once again saw the Hawes guitar adding a crisp Fender coated twang.

While the band add a drive to the new songs that the album lacks, it doesn’t  always work. Evan Jenkins is a solid drummer but the class of percussion and finesse that Seth fans are used to from Cormac Byrne is missing from Solomon Browne and to a lesser extent, Take No Rogues. The absolutely wild and on fire version of Poor Man’s Heaven instigated by Jack Rutter’s electric guitar of late has also taken a taming.

However, as early as third song in, Seth was taking the first of several solo spotlights including a couple of off mic moments, stepping out to the edge of the stage much more often that he has done in recent times. It was the brief glimpses of Seth performing with just Kit Hawes that brought to mind the thought that he should look to resurrect the acoustic trio that he toured back in 2011. The duo charming out the acoustic intro to Setting Of The Sun and then delivering what could have been the evening highlight in The White Hare in such a delicate and breath holding / breathtaking  few minutes were clear indications that he should think about revamping some material for a more intimate set.

A fascinating evening getting back to grips with a performer whose ‘folk golden boy’ career has been on the radar since 2006 and one that proved warmingly familiar yet with enough to pique the interest and ensure that the well worn Lakeman path will continue to be a journey we’ll make.