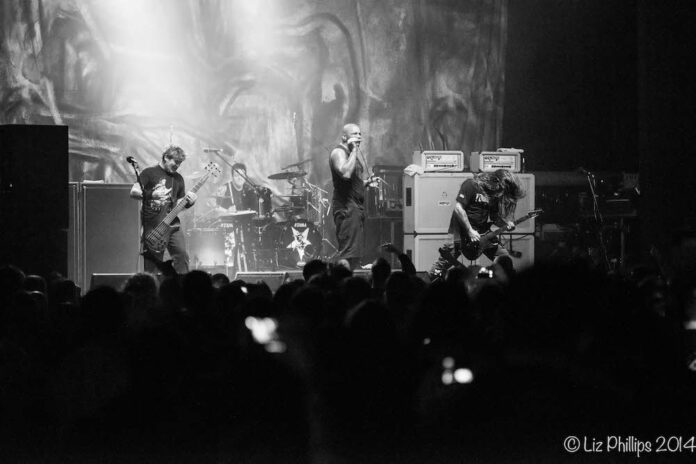 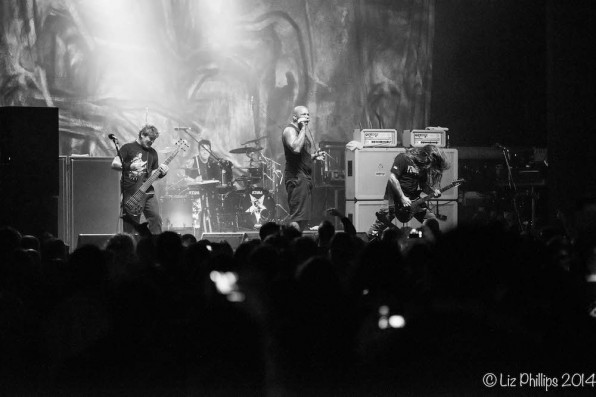 Photo of Sepultura by Liz Phillips. More Sepultura photos by Liz can be found here.

Legendary Brazilian thrash-quartet Sepultura have been delivering a brutal mix of metal, hardcore, thrash, punk and tribal for thirty years now – and luckily for their fans it doesn’t appear they’re anywhere near stopping soon. Louder Than War’s Philip Allen checked out their recent Bristol date.

When Max and Igor Cavelera formed Sepultura back in 1984, I doubt they ever thought they wouldn’t see their band through to the end but that is what’s happened. Guitarist, Andreas Kisser, who joined in 1987, is the guy carrying the torch today since relationships dissolved beyond repair and Max left to form Soulfly in 1997. 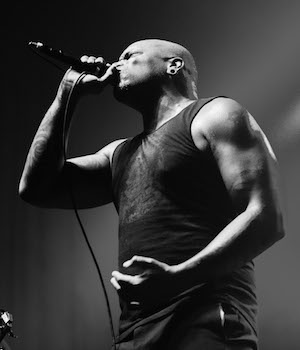 I first found them around their sixth album, Roots Bloody Roots, and it was a game changer in so many ways. Their use of authentic Brazilian instruments and musical rhythms and how they headed into the jungle to perform with the Xanante Indians was unprecedented. Like Metallica before them, they took metal to a much wider audience with an intelligent and emotional approach to the genre.

The release last year of album no.13, The Mediator Between The Head And The Hands Must Be The Heart, has seen them return to the studio with Roots… producer Ross Robinson and what a return to form it is. Intense and seriously heavy, it left legions of fans, including me, eager to experience them live.

Tonight’s sold out show at the freakishly small The Fleece sees every corner crammed with fans baying for the band, chants of SEP-UL-TU-RA ring out throughout the evening.

The set begins with new songs, Trauma Of War and The Vatican, and they sound crushing. Eloy Casagrande’s intense double bass drum and Paulo Jr’s thunderous bass lines rattle my core and Kisser’s guitar shredding is one of the special ingredients that make them one of the best metal bands around.

Highlights from this career spanning set are the pure hardcore of Biotech Is Godzilla, a surprising cover of New Model Army’s The Hunt and Refuse/Resist – all from the Chaos AD album. Vocalist Derrick Green’s guttural voice has always been a perfect fit since joining in 1997 and he’s an incredible presence on stage, bringing an emotional pathos to the raw intensity.

It’s not until the encore that we are treated to two of the songs that brought most of us here in the first place. Ratamahatta and Roots Bloody Roots get the response we have all wanted to give as everyone begins to lose their shit. In one word –  it was spectacular, and I sleep with a smile on my face, ears ringing in harmony with my memories.

Both photos on this page © Liz Phillips. More of her photos (from the Liverpool Sepultura date) can be found here.