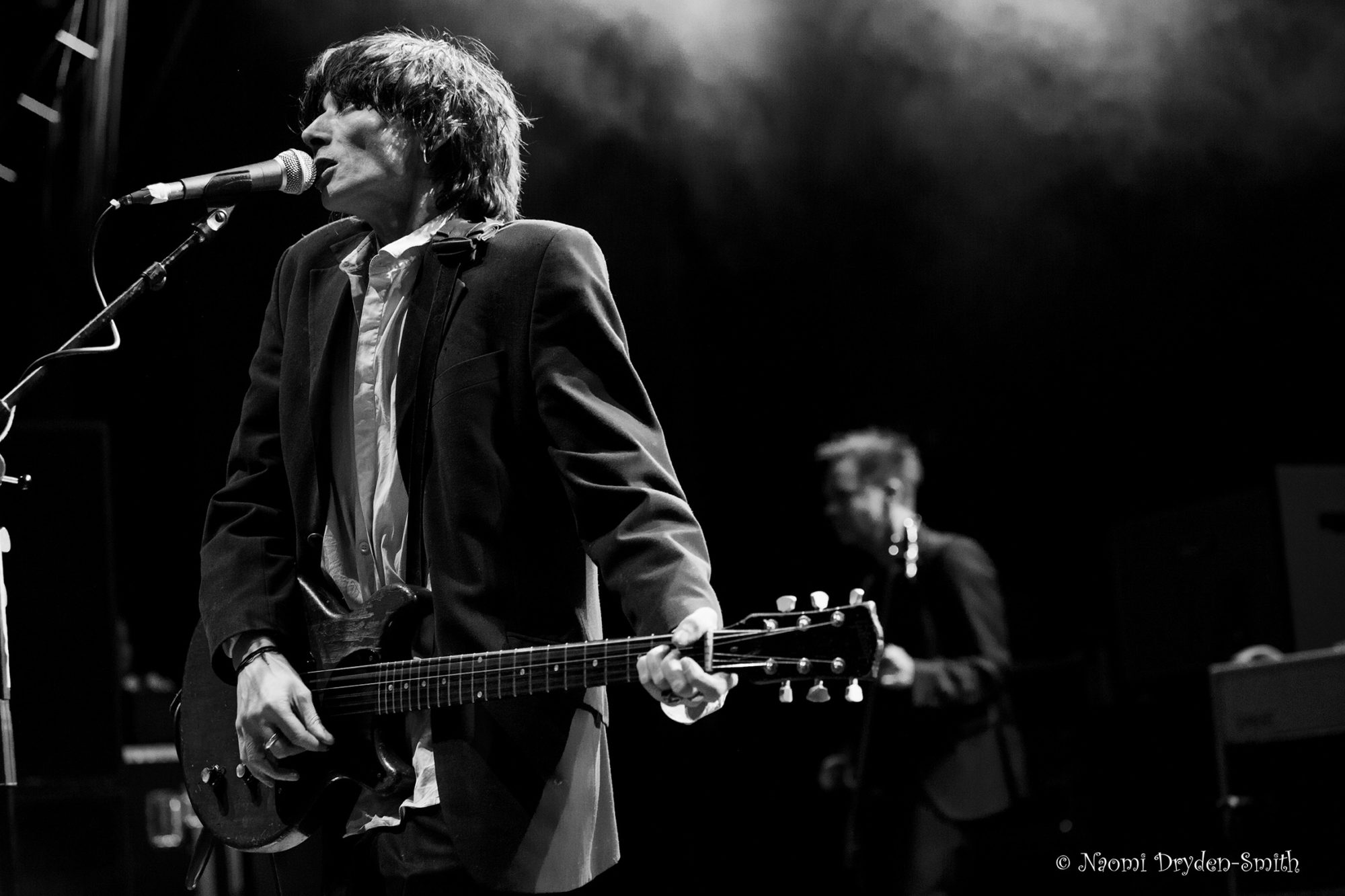 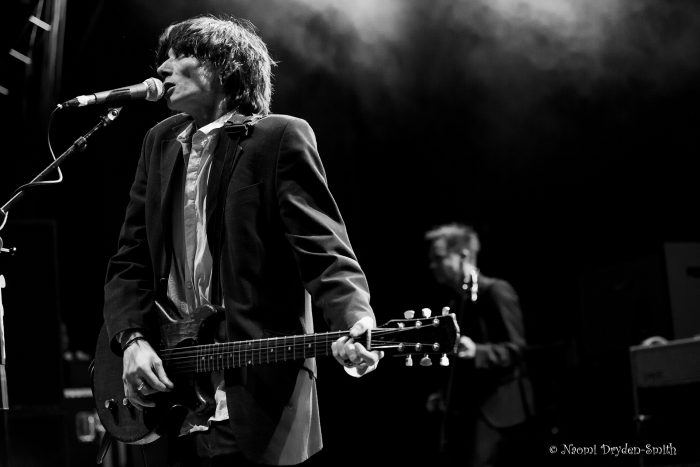 Senseless Things, alongside Longpigs, were one of the most underrated bands of the nineties. A fantastic live guitar band, their sound was Sonic Youth meets 90s Britpop, dipped in Clash and Buzzcocks. They sadly and suddenly disappeared in 1995 leaving their fans bereft, perhaps only slightly mollified in years to follow by band members appearing in other projects, including Gorillaz, Muse and the Libertines.

Roll forward to 2017 and the band have reformed for a one-off gig to play together for the first time in 22 years. The audience is predominantly forty-somethings, missing much hair and the occasional tooth. There is a profusion of overlarge handbags amongst the ladies (always an irritation at a concert), at odds with the thrash punk like Homophobic Arsehole they are being swung around to. The moshpit is filled with excited middleweight men, and the band doesn’t get through the first line of the first song before the photographers in the pit are showered with still-cold beer. Such hedonism is reinforced by an unending stream of crowd surfers, and upside down feet and legs amongst outstretched arms become run-of-the-mill. 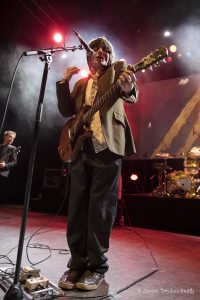 It’s clear from the start (if it wasn’t clear when the announcement was first made) that this is a very special gig. The atmosphere is expectant and welcoming and the band appear grateful. As evidenced by the sheer size of the guest list queue, they are among friends. Slightly misleading are the false starts and hesitancies, problematic guitars and occasional comments like “Help me out, I can’t remember anything…” and “What’s the first line of this one?” because their performance is mostly stunning. They are simply excellent – their sound has matured and any concerns about potential disappointment are laid to rest. Too many songs to mention, but with tracks like Got It At The Delmar, Can’t Do Anything and Easy To Smile the pace is taken up a notch and the band sound just as fresh as they did all those years ago. Jerome Alexandre of Deadcuts makes a welcome guest appearance towards the end of the set for a brilliantly executed and raucous Hold It Down.

As with Ride’s 2015 comeback, this kind of reunion gig silences critics. There is no one standout performance – they are all spot on. This is a band who are meant to be playing together. They have a perfect level of interaction with their audience, winning their hearts with admissions like “We’re a bit knackered…” returning for the encore. For the final song, a fantastic rollick through Too Much Kissing, Mark Keds invites the audience onto the stage with them – a health and safety nightmare – a masterstroke in guaranteeing adulation and a rare sight at any gig these days. The stage is slowly invaded by blissed-out fans taking selfies and jumping around with their heroes, plus continual stage diving over the heads of struggling security guards. 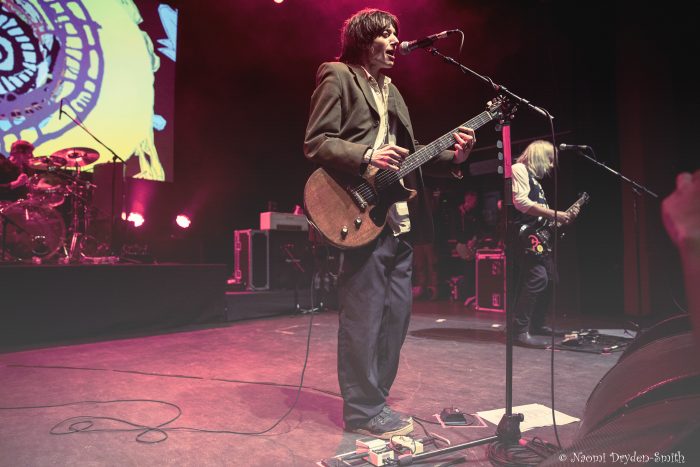 Speaking to some die-hard fans after the show, it’s clear that Senseless Things delivered exactly what was required, and more. There’s delight that the show was so much better than they had hoped, and disappointment that, currently, there are no plans for further live shows. There is, however, a glimmer of hope in that new material is being recorded and the show included new song, Lost Honey, a promise of good things to come. Hopefully the adoration they’ve received here will convince Senseless Things that more shows are required – they really are something special, it would be tragic not to see them perform like this again.

Thanks to fans Tom and Joe for the chat.

All words and photos by Naomi Dryden-Smith©. You can find more of Naomi’s work for Louder Than War here, and she (occasionally) tweets as @nomeshome. Also on Facebook. Naomi’s Photography portfolio can be found here