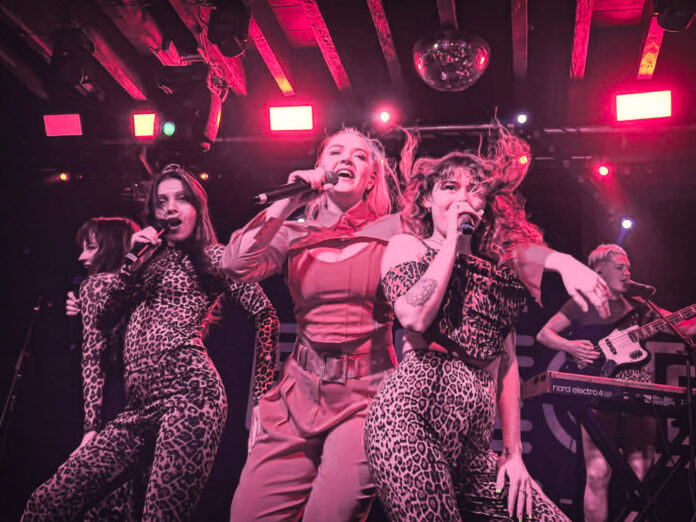 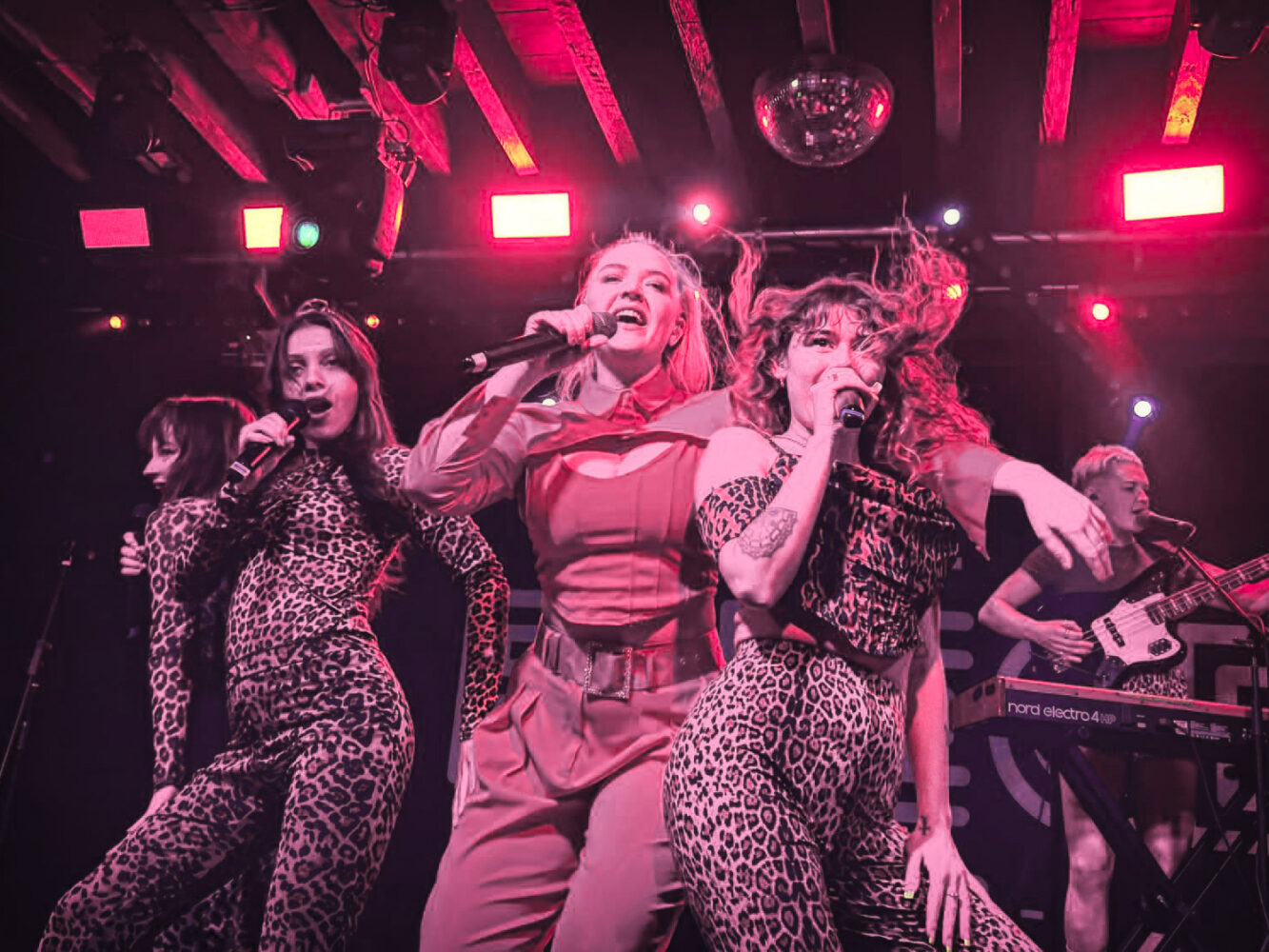 After having to cancel the original date due to illness, Rebecca Taylor and her crew return to Bristol for what feels like a homecoming gig – save for the fact Self Esteem’s from Sheffield.

It’s got everything you’d expect from a homecoming show, a super-warm crowd, a relaxed and beaming band and a guestlist longer than your arm.

Opening first is Kelli Blanchett, friend of Rebecca’s and regular on her social media accounts. You certainly wouldn’t file her music next to Self Esteem’s, but her soft vocals, understated guitars and beautiful ballads ease us in for the party that is to come. She ends with a sweet cover of The Shirelles Will You Still Love Me Tomorrow?

Next up, it’s fellow Crawley artist Campbell King, “We went to the same school,” they say referring to Kelli, “we had the same teachers!” as they launch into Steel, a song about Crawley. Possibly the only song about Crawley ever written.

“This is all we’ve got,” jokes King as they near the end of the set, “We’ve got something coming out next week.” What they’ve got takes us on a genre-weaving musical journey from Kae Tempest spoken word diatribes to Arctic Monkeys’ riffs and ska beats with a sniff of The Pretenders, Joy Division and Blur, and a side ordering of Hole and Ramones for the punk sounds to complement the punk vibe. 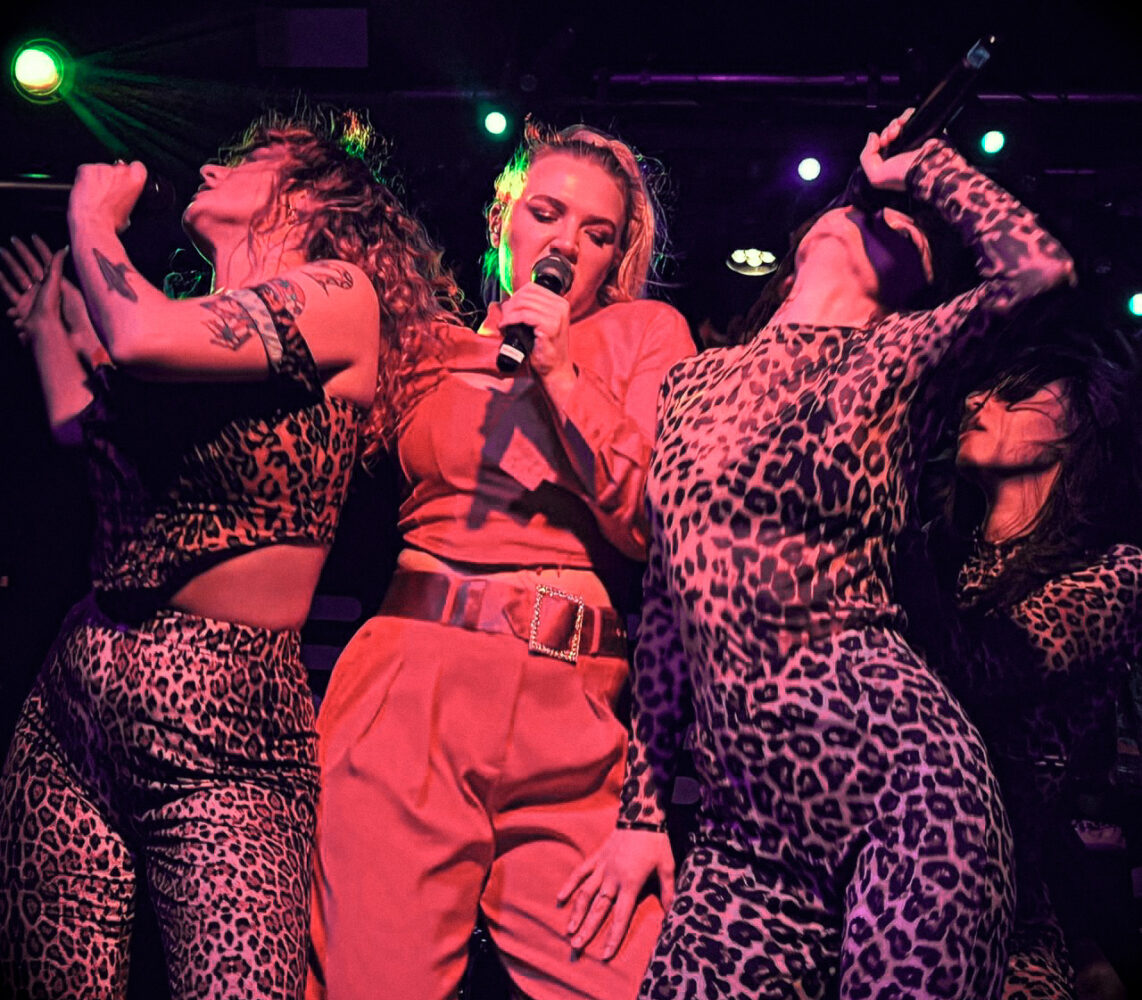 It’s high octane from the off, with Prioritise Pleasure album opener I’m Fine. Recent years have seen a notable spike in violence against women with important international around women’s safety (this gig falls as we mark #16DaysofActivismAgainstGenderBasedViolence. Rebecca tackles that issue in this powerful song, which on record, includes a spoken interlude, where a woman says talks about the common ‘keys in hand’ measure adopted by women walking home at night. She continues “if we are approached by a group of men, we will bark like dogs – there’s nothing that terrifies a man more than a woman that appears completely deranged”. Cue half the women in the room barking like dogs. It’s liberating, empowering and emotional and sets the tone for the show perfectly.

The album’s title track Prioritise Pleasure comes next and sees some epic choreographed dancing, the kind that, on the one hand, wouldn’t be out of place in a multi-million-pound pop production a la P!nk or Take That; but on the other hand is more aligned with the kind of passionate underground dancing we saw in that carried a watermelon scene in Dirty Dancing. Whichever camp it falls in, it’s ruddy awesome and gives even the non-dancers in the room the confidence to shake their hips: altogether now, ‘Shave my pussy, that’s just for me.’

Everything Self Esteem do is cased in love, solidarity, humour and a good dose of disdain. The latter evident in Fuckin Wizardry in which Rebecca whispers through gritted teeth: “To even get near to me was some fuckin wizardry” as she dissects a toxic relationship with a catchy pop belter with rousing backing vocals adding a gospel vibe. Just ahead of Just Kids Rebecca jokingly (?!) berates someone in the crowd for laughing, spitting “bit disrespectful actually” through those gritted teeth so that only the front few rows can hear. We all need a bit more Rebecca in us.

The sisterhood on stage is enviable. This is a group of women, and token man, on the road who have fun. Most songs end with a group hug and, even when ‘Galps’ as Rebecca lovingly calls her fluffs the start of a song Rebecca’s tongue-in-cheek public dressing down feels like a gesture of love. And they’re sharing this friendship with us tonight, a privilege. Debut album Compliments Please gets an airing, with Rollout: “What I might have achieved if I wasn’t trying to please.” Another feminist anthem.

The Fleece has a strong musical history hosting some of the biggest bands in the world at one point. It’s undergone many changes in recent years, to the billing and the layout – which doesn’t go unnoticed by Rebecca, who comments on the one giant pole centre state becoming two smaller strategically-placed poles, “Thank you – I assume it’s because of something I tweeted,” she says welcoming the change.

The stage falls dark with the red lights blinding and the tribal vibe from the intro making another appearance for the banging anthem How Can I Help You, prompting another en-masse singalong: “I don’t know shit”. Support act Kelli joins the Self Esteem line up for the vocal masterpiece that is The 345 – showcasing Rebecca’s stunning range. 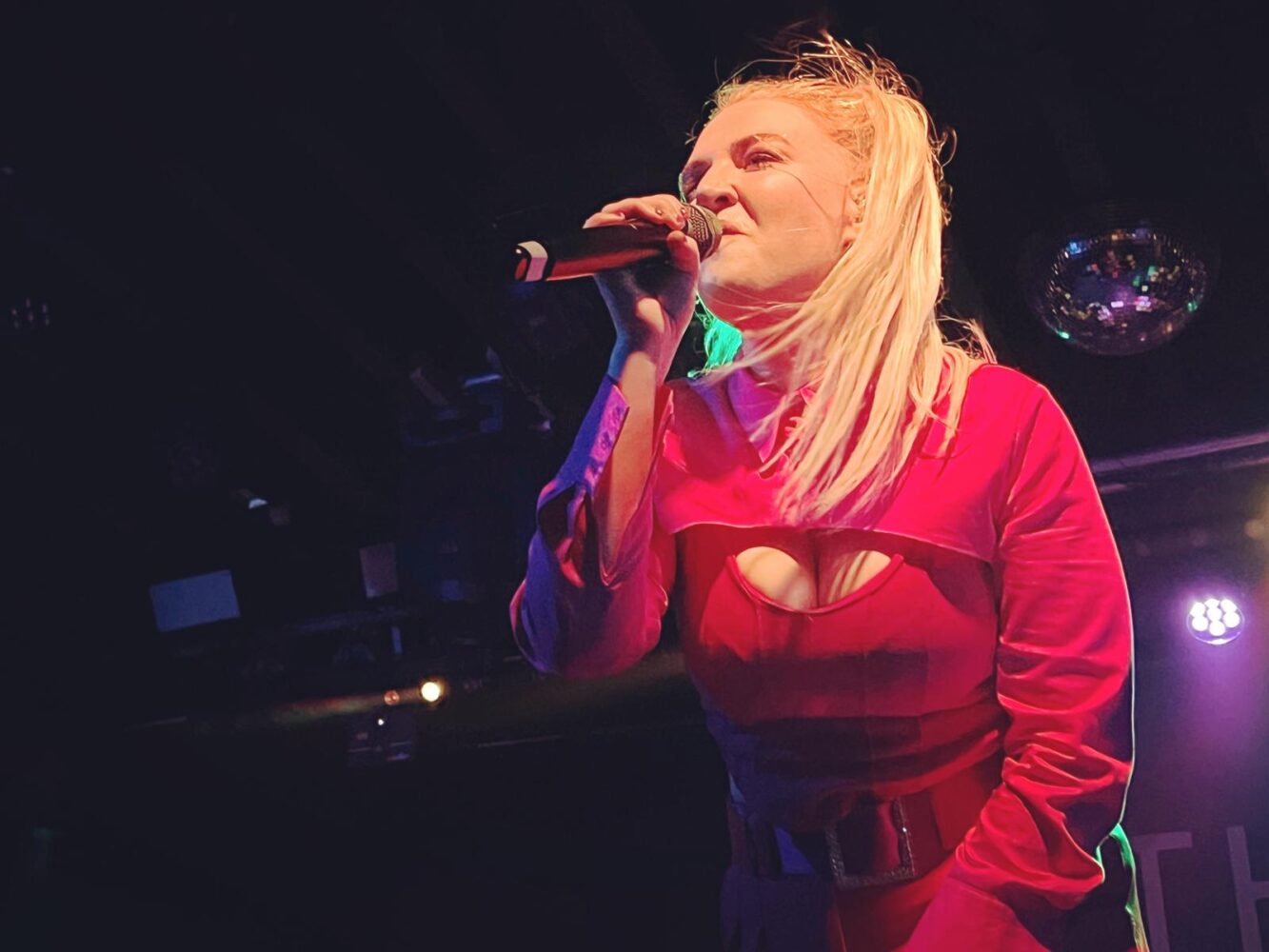 As we near the end of the set Rebecca introduces the ‘number 1 song’ according to The Guardian’s best 20 songs of 2021 list and probably the majority of the audience here tonight, I Do This All The Time to huge cheers from the crowd.

The encore, which we all know is coming thanks to Rebecca’s wry wink as she states: “this is definitely the last song, there’s definitely not two more,” is set of two halves. First up is an impeccable acoustic version of John Elton in a similar vein to The National’s acoustic Vanderlyle Crybaby Geeks – band gathered at the front of the stage, holding hands and singing quietly and gently to start with before building into a compelling crescendo which makes the hairs on your neck stand on end. A true beauty.

No Self Esteem set would be complete without the 2018 single The Best – and it prompts the biggest singalong and dance of the night, ending on a real high. Meredith Brooks’ Bitch blasts out the speakers as the women get another huge group hug, Mike gets a handshake off Rebecca and just like that they’re gone leaving us to our joint chorus of: “I’m a bitch, I’m a lover, I’m a child, I’m a mother..”.

Words by Laura K Williams, you can find her author profile here.

Photos by Yatin Amin, find him on YouTube here.