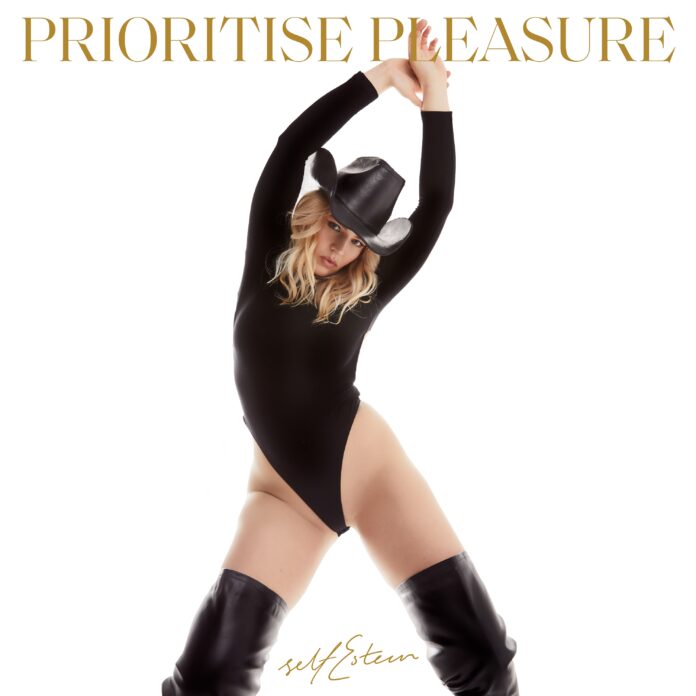 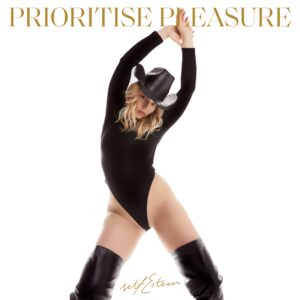 Rebecca Lucy Taylor has not only made Self Esteem her stage name, but she has also made all aspects of self-respect her modus operandi. Calling her second album Prioritise Pleasure and placing that phrase next to ‘Self Esteem’ presents us with two intertwined concepts, a mantra for existence and a life lesson that runs through the album’s thirteen songs. By validating herself, giving herself permission not to have to seek permission and validation from others, Prioritise Pleasure becomes a suite of songs of freedom that are aspirational and inspirational.

Unsurprisingly, it’s a feelgood album, but one born of having been made to feel bad at times by others and, by her own admission, of having been her own worst enemy at times on the road to prioritising her own pleasure. One aspect that makes it such a feelgood album is the honesty and sincerity of the messages you get on songs like Fucking Wizardry, such as, “To learn it like this was rough…/ I ignored the warnings/ But from that, I’m learning.” You can feel how much this album matters to Taylor in every lyric, so it naturally matters all the more to you.

The messages ought to matter too. For the women who hear their own stories resonating in Taylor’s lyrics, there will be great solidarity and a doubling down of determination to carry on confronting the endemic misogyny that still suffuses so many global attitudes. Those who hear the songs and find themselves feeling acutely aware of their masculinity will have little option but to consider whether they’re going to be part of the problem, or become part of the solution. Then there’s the down-to-earth humour of lines like “Sexting you at the mental health talk seems counter-productive” on Moody that gild the album with its lightness and irreverance.

There’s powerful, personal psychological insight, but Prioritise Pleasure is also a triumphant and huge pop record. The thunderous drum beats that sound like they’re marching towards you in opener, I’m Fine recur in many of the songs. There’s also the frequent sense that Taylor is not alone and that others are celebrating what she’s celebrating, such as the gospel choir on the title track, Prioritise Pleasure.

The pinnacle of this album has to be I Do This All The Time. Much has been (and will be) said about the album’s odds of appearing on lists for various ‘Best Album’ prizes, but I’d like to put this track on a two-nominees-only list for ‘Best Spoken-Word Vocal Of 2021’ alongside Dry Cleaning’s Scratchcard Lanyard. If they’re not allowed to share this admittedly-fictional award, then I suggest it’s either settled by a dance-off or an arm wrestle.

Hearing the chorus of “Look up, lean back, be strong” and being reminded that “All the days you get to have are big,” make you feel as if just being is enough to be your best self. Other people’s standards can get in the bin. Taylor has spoken about her ambiton to make a track that was like Baz Luhrmann’s Sunscreen, but for millennials. She has called it, “The best thing I’ve ever made.” That kind of swagger is entirely justified when you have something to look up, lean back and be strong about. Prioritise Pleasure is precisely such a body of work.