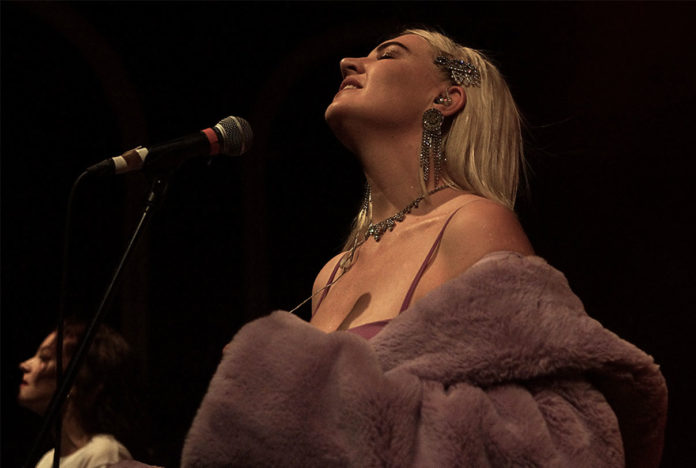 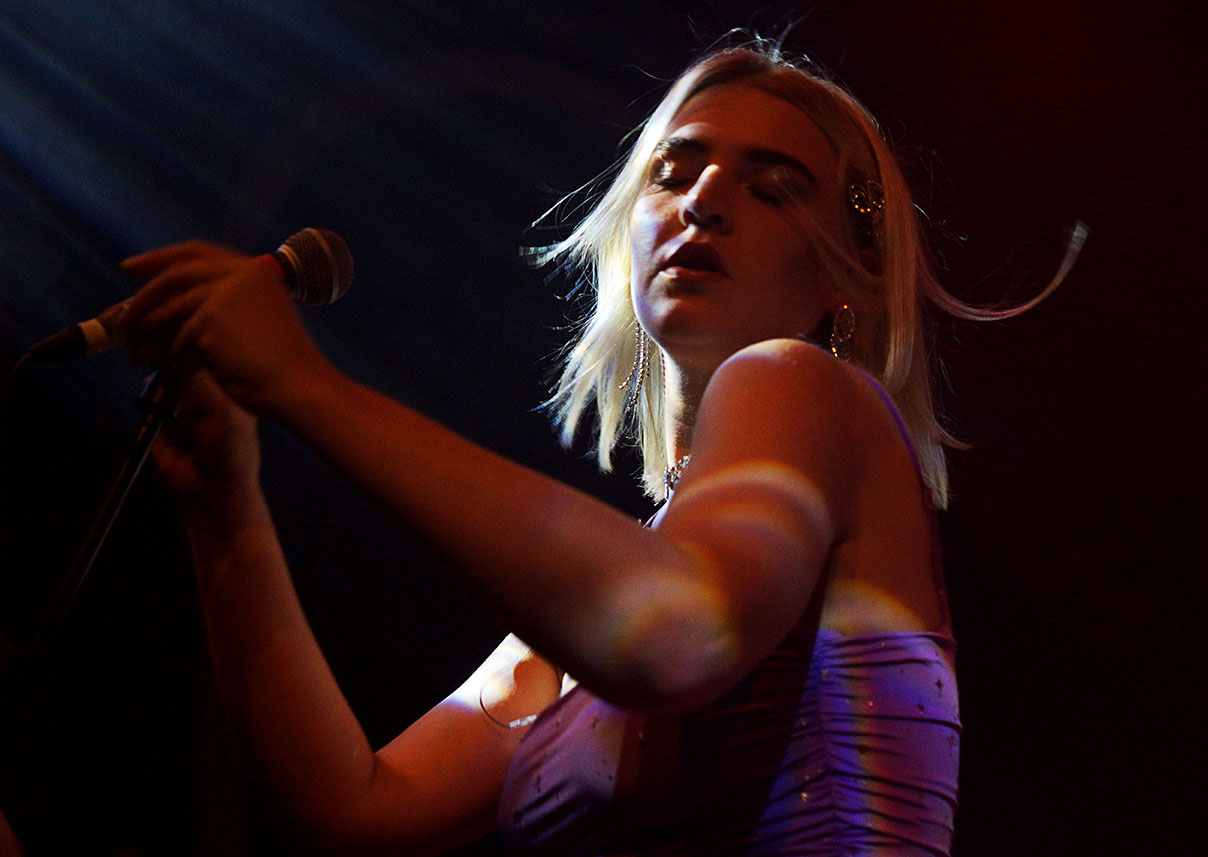 Self Esteem |Nimmo
Band on the Wall, Manchester
October 18th 2019

Opening act Nimmo provide the crowd with some euphoric post rave house-y pop. Which turns out to be just the thing you need when you’ve been drenched by torrential rain. While they perform sensitive minimalist electro pop as well, it’s the dance floor fillers that work their magic tonight, with plenty of movement and even dancing taking place in front of the stage. 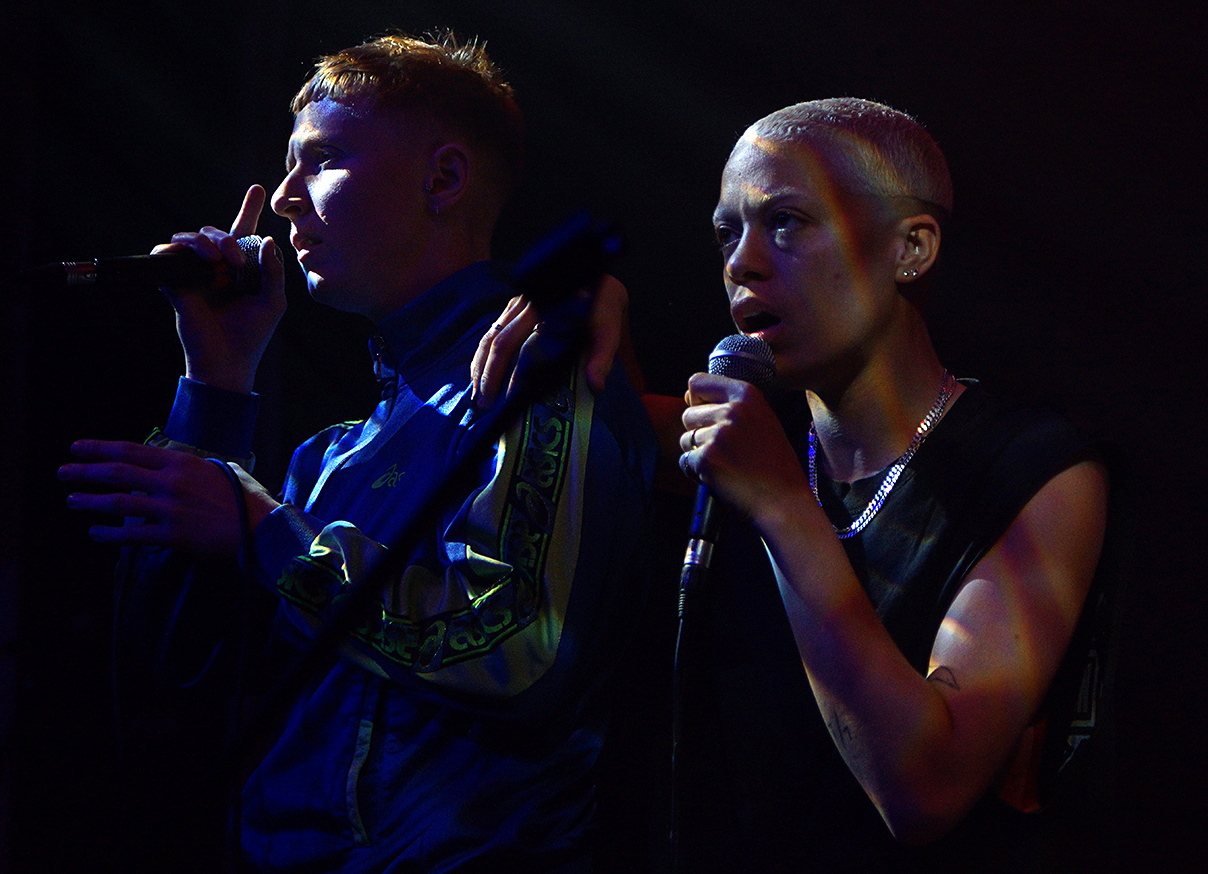 There continues to be opportunities to dance after they’ve finished, with a selection of classy, infectious pop tunes being broadcast over the PA as the stage is prepared for Self Esteem. The crowd is at least 50% female (a rarity in my gig going experience these days) and as the lights go down and the band file out onto the stage, women start pushing and shoving their way to the front.

The backing singers take up position by the mic stands and strike a pose. The band begin to play and the singers start to sing the ‘Higher, higher’ refrain from ‘Wrestling’. The choreography, even at such an early stage, is firmly on point. 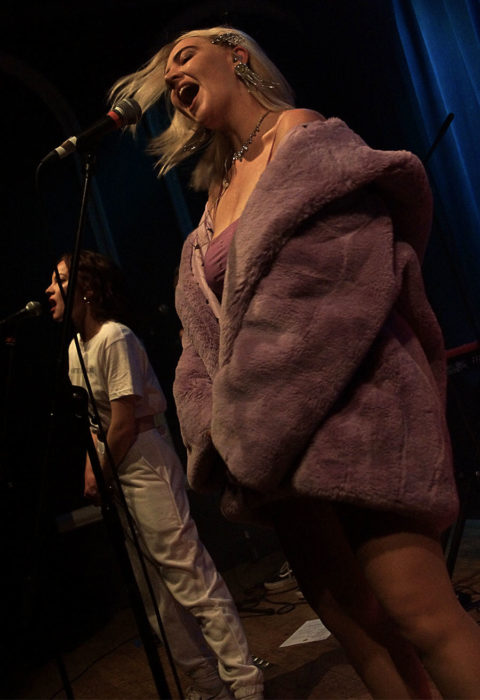 Then Rebecca Lucy Taylor walks out onto the stage, clad in a plush pale pink fake fur coat worn over a ruched pale pink mini dress. She wears diamanté earrings, necklace and hair ornaments and this form of knowing pop star bling suits the Self Esteem persona she’s created for herself.

She steers us through a confident set of songs, almost all of which feature on the album Compliments Please. The crowd clearly know the album well, and are word perfect on most tracks, proving themselves to be especially vocally confident when it comes to the singles. Watching large groups of women yelling ‘YOU DON’T OWE THEM ANYTHING!’ during ‘Girl Crush’ proves to be a particularly satisfying moment.

The choreography is as much a part of the act as the songs, underlining the fact that this is a smooth pop operation. Rebecca may be too smiley tonight to convincingly play the part of the moody pop diva, but that could be regarded as a strength given the emotional honesty and frankness of her lyrics. She’s an everywoman and that is a key part of the appeal.

The crowd are rapturous in their response: They are having a great time, and they want Rebecca to know it. She, in turn, seems slightly overwhelmed but very pleased to be playing to such an enthusiastic audience. 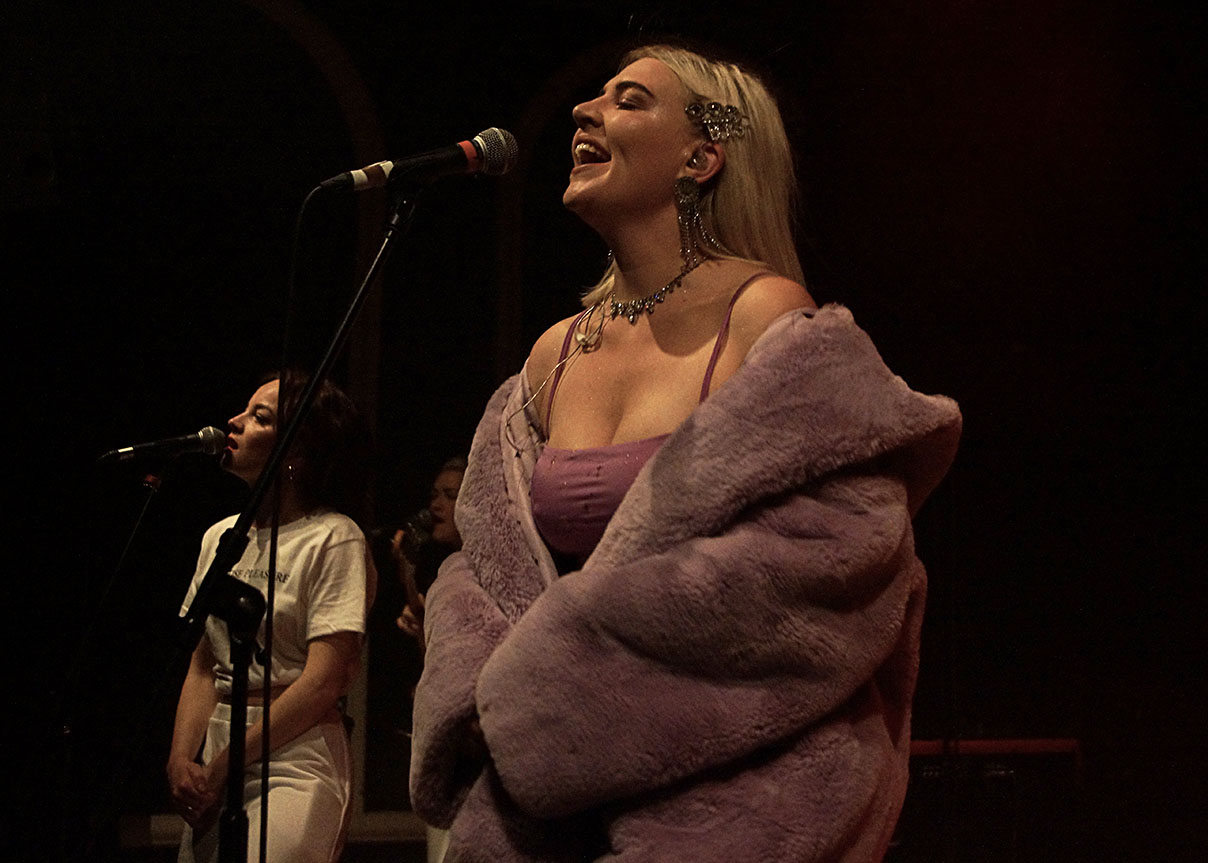 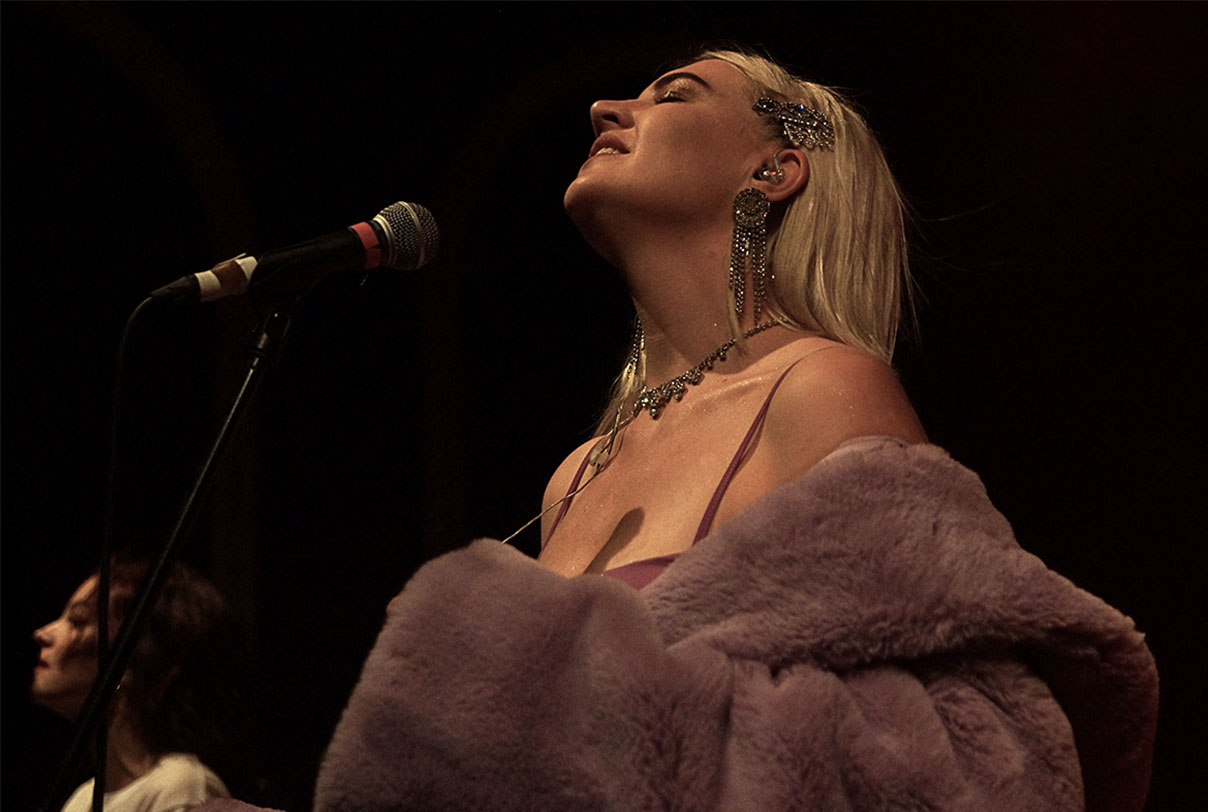 Alongside floor fillers such as ‘Wrestling’, ‘Girl Crush’, ‘In Time’ and ’Rollout’, the band play ‘Your Wife’ and the searing and experimental ‘(Hobbies)’. Rebecca also delivers a couple of highly impressive acapella takes, firstly on ‘She Reigns’ and later on ‘I’m Shy’, the latter closing the set.

Despite emphatically vowing not to do encores, Rebecca picks up a guitar and plays ‘On the edge of another one’, a song she stumbles over a bit, but the crowd don’t mind. The band return for the second encore, ‘The Best’, and the audience totally lose their shit to it, dancing up a storm and singing along at the top of their voices.

The pop songs kick in again over the PA and the band dance off stage to a particularly infectious number, which also has the crowd continuing to dance. Given the achingly slow queues to get out, an impromptu dance off seems a good move, but that doesn’t stop an exodus from the dance floor. As I try to decide whether to stay and dance or make a move, a couple of men squeeze past me, talking about the gig “She’s a lot happier than she was in Slow Club” marvels one of them “Gordon Bennett! Kept smiling all the time…” Pop, it would seem, is a smilier affair than indie.