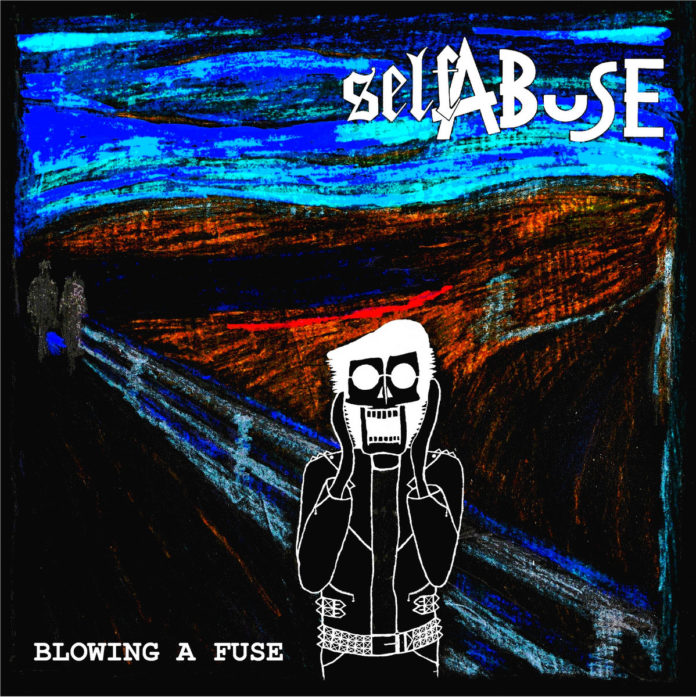 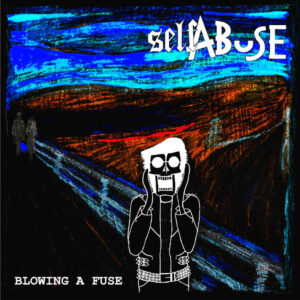 Perennial Bournemouth punks Self Abuse return with 4 tracks of tuneful ditties and a more garagey take on their usual 80s punk rock sound.

Self Abuse have always been at the more tuneful end of the punk spectrum. More UK Subs and less Disorder, although they have happily shared gigs with both – and many more. They’re something of a Bournemouth punk rock institution, so if they’re not playing at a punk gig in the area you will certainly see their faces in the crowd. Local lads who actually made a record in the 80s, they’ve got a well deserved following since reforming 15 or so years ago. And they are a nice bunch too, which I think counts for a lot. Whilst they don’t gig further afield that often, folks may have caught one of their appearances at Rebellion.

This new EP sees a slight change in sound. The vocals have such high gain as to be almost distorted, using a technique inspired by garage rockers The Sonics and adopted by many – but not so extreme as the likes of Ministry or Butthole Surfers. Given that Andy Nazer’s vocals are part of Self Abuse’s identity this is a brave move. The result is a far more garagey sound. My first reaction was to check the record player was on the right speed and that there wasn’t a carpet of fluff on the needle. “This doesn’t sound like Self Abuse”, I heard myself saying. But a few listens in it clearly does. I just had to ditch my preconception. The overall effect is to create a somewhat darker and dirtier sound than usual which also has something of a “live” feel to it.

Blowing a Fuse is a dirty twangy ditty with an uplifting guitar melody. At times there are hints of UK Subs but the overall feel is one of UK surf. Kinda makes sense as Bournemouth has been called the California of the South coast by surfers. Just don’t mention the failure of its artificial surf reef. And is that a piano I hear in the background?

Lies Lies Lies has a solid chunky start before settling down into an old school mid-paced punk song. The chorus is a singalong affair, continuing a tradition that started way back with Gen X’s Wild Youth. The middle drops out for a cheeky bass run before a classic Steve Jones style punk rock’n’roll guitar break. The subject matter is, of course, as punk as sticking 2 fingers in the air. Start with The Pistols’ “Lie, lie, lie, lie, liar”, The Damned’s “Liar, Liar”, The Clash’s “Deny…you’re such a liar”…

Under Attack starts off with a woody, crunchy bass sound before drums and guitars kick in. The song is based around a punchy singalong chorus. Something about the way the chords work on that chorus reminds me of early output by The Jam. It’s a toss up between this and Lies Lies Lies as to the standout track. They’re both toe tappers.

Dark is a song which dates back to 1984, is rather dirgey and leans towards the sounds of that time. The guitar picking and use of reverb gives this a touch of goth or early Cult.

The cover art riffs on Munch’s The Scream with a new central character – the Soldier avatar that has been central to Self Abuse’s visual identity since 1984’s (I Didnt Wanna Be A) Soldier EP. It’s probably worth a mention here that 3/4 of the current band played on that debut. Does it matter? It clearly does to some as the “How many original members have they got?” question crops up all the time with “older” punk acts. On the back cover (and in that video) the band members try with varying degrees of success to recreate Munch’s original. A nice touch: Cartoon antics are mostly a good thing in a punk band. Well, it never did The Damned any harm did it?