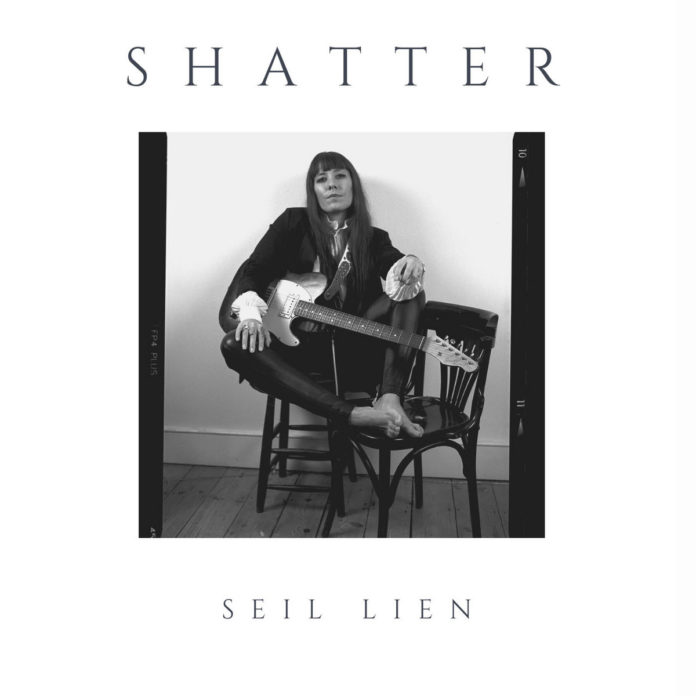 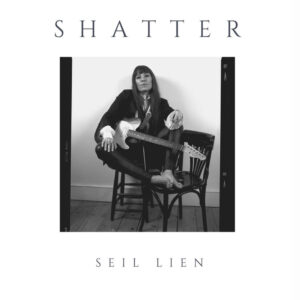 SEIL LIEN (the band fronted by Marie Claire White) release their debut album this week. Those who have been looking forward to this won’t be disappointed. Those who don’t know about her/the band, use your lockdown time to check them out. For those interested, the band name means” little lotus”. (Marie Claire’s Chinese name, she has a Scottish mother and a Chinese father).

SEIL LIEN is more than just a band though. Marie Claire is a consummate professional who cares not only about the music, but the entire package that goes with it. She is also an artist in the true sense of the word, in addition to the glorious music, there is much thought put into the packaging of the music. Alternative sleeve art, prints, explanations of what the artwork means and how it was created. More than that though, there is a clear appreciation of those who support her art and buy her music. Anyone reading this who has bought music from Marie Claire will know exactly what I mean. Hand typed personalised notes (remember typewriters?) tied with string around the CDs make the whole experience of receiving and opening the packages even more special.

I first came across the band as a support act to The Filthy Tongues. This relationship bearing fruit in the longer term in the shape of Marie Claire joining the reformed Goodbye Mr MacKenzie in place of Shirley Manson for their earth-shattering comeback, she was busy during the live dates, with SEIL LIEN supporting, and playing a blinding set, at Glasgow iconic (and I don’t use that word lightly) Barrowland Ballroom.

So, what of the album? What can you expect? Mostly blissed out breathy vocals and tunes in the vein of Portishead/PJ Harvey/Nick Cave but with moments of deep down and dirty Sonic Youth style gritty guitars and impassioned vocals.

Those vocals. Sometimes a vocal can make all the difference. A voice can affect and touch you in so many ways. Marie Claire has one of those voices. In the 80’s I remember being wowed by the vocal of Rachel Morrison from Bliss. The first time hearing I Hear You Call stopped me in my tracks. Bringing things more up to date, hearing Carol Hodge (no relation) for the first time brought tears to my eyes. Marie Claire has a voice that sent shivers up my spine the first time I heard her. And it continues to do so.

You may be familiar with tracks like recent single the initially understated but increasingly crushing and sordid Kiss Me Like I’m Someone Else layering instrumentation and dramatic harmonies to a fervent crescendo or the smouldering incandescence of I Am Fire, the track which first sparked my interest in this enigmatic performer, with its huskily delivered refrain and ferocious blazing alt-art rock guitars.

The track immediately following I Am Fire on the album, It’s Love That Brought You Here, changes pace entirely from its predecessor. The crunching guitars are replaced by soothing piano and gently brushed drums, adding strings and minimal guitars to the mix, the result is a beautifully haunting ballad.

Elsewhere Nothing Feels Like Loving You opens the album with an elegantly symphonic cacophony dispersing to reveal Marie Claire’s distinct vocal backed with sparse guitar arrangement and Tibetan chimes, before the instruments build and layer to the songs climax. At the other end of the album, Shatter closes proceedings in style, the delicate instrumentation showcasing Marie Claire’s stunning vocal front and centre, her voice soaring as the song takes a shoegaze twist, crashing cymbals adding to the sonorous zenith.

A glorious set of songs. I look forward to the rescheduled album launch gig in the Old Hairdressers in Glasgow when we eventually come out of the other side of this. In the meantime, let your soul be soothed by the healing sounds of Marie Claire and SEIL LIEN.