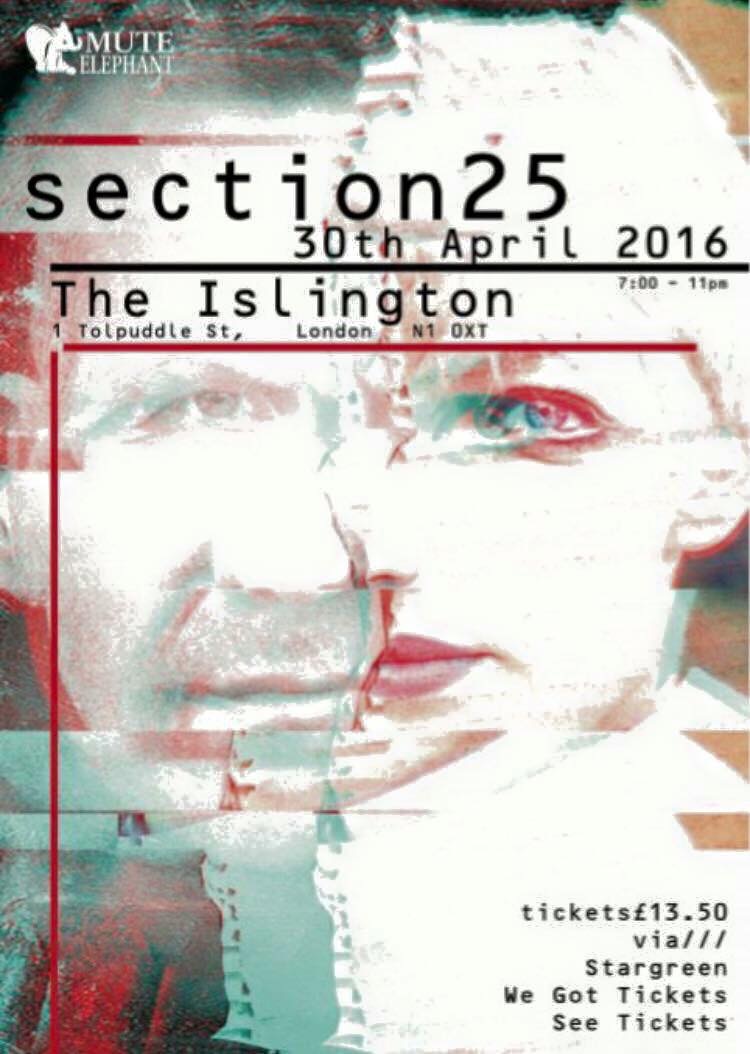 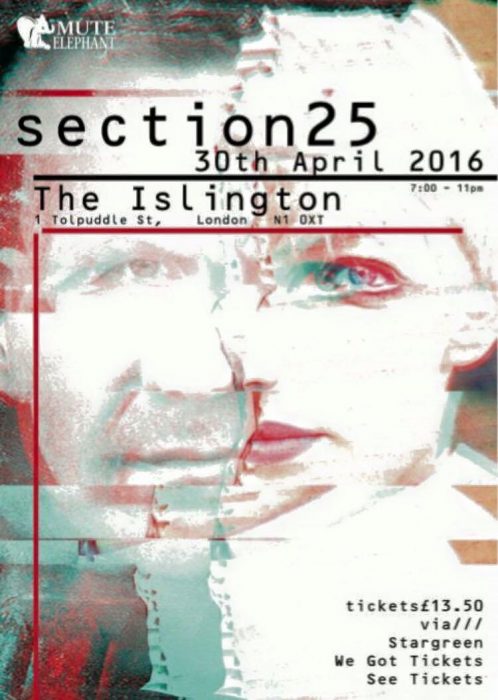 A couple of months ago Kanye West sampled Hit from the debut Section 25 album for his new release and sent the band into some kind of mainstream. If it doesn’t exactly mean the venue is packed full of Kayne acolytes it at least means the band will get paid.

And this is an outfit that fully deserves this.

Their debut Always Now album released by Factory and produced by Martin Hannett is the equal of Joy Division and if that seems a controversial statement let’s not forget that Ian Curtis felt the same about the Blackpool based band spending many lost weekends in their company beside the seaside.

Decades since its release the band have been through so much. Lead member Larry Cassidy died a few years ago but his daughter does a great job fronting the new look outfit with her waif like charisma and freaky dancing making her a magnetic presence on the stage as she helps to twists the old songs from that great debut like the classic ‘Dirty Disco’ into new electro pop shapes finishing the work of her father and her mother who was the key creative force for the band’s ‘dance’ period with the classic ‘Looking From A Hilltop’ which was also played tonight and remains mesmerizing with Bethany Cassidy sounding just like her late mother giving the song a new emotional twist. Beth fronts the band with cousin Jo Cassidy as the band remain very much a family affair with friend Steve Stringer entering the clan on guitar.

Dirty disco is the key here – the band were always a mutoid dance group with a dark melancholia dripping through the bass driven dark funk of their early work to their beautiful and thrilling electronic workouts of now.

Perhaps the key to the outfit, who’s smartly intelligent pop should be nestling in the top 10 and not on the cult diehard circuit, is drummer Vincent Cassidy. The younger brother of Larry, his crisp metronomic drumming and command of the hi hat make him hypnotic to listen to. Perhaps the ultimate irony of the band is that for all their new found electronic pop edge it’s the drummer that is the real man/machine. Vin is one of the great drummers. Simple, powerful and perfect and like a direct link to the early days of post punk and Factory who is still honing his craft to perfection now.

Much like the band the themselves whose new material is as effective and captivating as their old. The creativity is still there and they have the new added charisma of Bethany and a powerful new friend in Kanye West – pop has no rules – could this be finally the turn of one of our great bands?