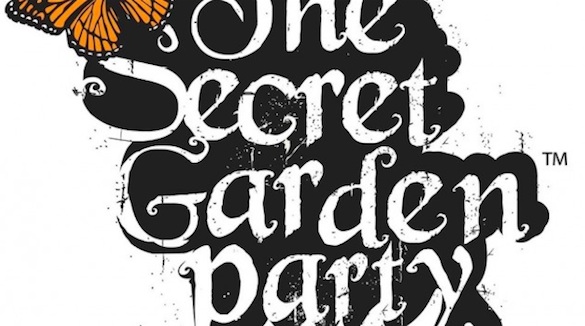 Tomorrow sees the return of independent arts festival, Secret Garden Party, whose “glitter not litter” approach has served it well, resulting this year in a sold out festival. The high demand for this extravaganza has sky rocketed this year with everybody desperate to get an experience of this truly one of a kind festival.

What: Possibly one of the UK’s most beautiful and immersive festivals, Secret Garden Party is an eye-opening, full throttle experience from start to finish allowing revellers to truly get a one of kind feel. The closest thing you’ll get to experiencing magic this summer, SGP’s current theme of Goodbye Yellow Brick Road, in which we bid adieu to social and financial redemption and instead live for the now, is certain to bring out it’s craziest and most colourful characters yet. If you want an idea of what this festival’s intentions are, look at the words of Bill Hicks: “I’ll give you a hint… it has to do with creating and sharing”.

Set in the lush, magical woods of Abbots Ripton, Secret Garden Party is a journey of the senses allowing you to do everything you wanted to do in the privacy of your own secret garden. With a lake you can swim in, a boat stage surrounded by rowing boats, scientific experiments, parades and, erm, naked dancing, are there really any limit’s set to the boundless fun supplied?

Who: Since its birth in 2004, Secret Garden Party’s line-up has always correlated perfectly with its aura and intentions; to lay a little off the beaten track and be full of surprises. Past headliners have included Faithless, Orbital, Blondie, Gorillaz, Grace Jones and Super Furry Animals and this year’s blend of otherworldly nostalgia and bona-fide left-field legends continues in the form of the legendary Public Enemy. Re-writing the rules of hip-hop, they’ve used their influence and controversy to become one of the most definitive rap groups of all time. Coupled with these are Fat Freddy’s Drop, dubbed as “hi-tek” soul, whose roots also lie in reggae and dub.

Joining these are Motown stars Martha Reeve and The Vandellas, Australian psych wizards Jagwar Ma and current chart favourites Clean Bandit and Foxes. There’s no shortage of bands either with a wideset span of groups including the Britpop callings of Birmingham’s Superfood and Wolf Alice, the scuzzy thralls of Fat White Family, the krautrock leanings of Telegram and full female throttle courtesy of duo Deap Vally.

Other acts scattered across the four days include King Charles, MO, Little Dragon, Morcheeba, Sub Focus, Bipolar Sunshine, The Amazing Snakeheads and The Skints. Sure to be full of surprises along the way (need we mention Chase and Status’ secret set at 1am last year), this year’s line-up looks set to entertain.

Unfortunately, tickets are now sold out for this event, but if this sounds like you’re kind of wondrous, free for all, summer, then be sure to catch the early bird release of next year’s tickets, discharged later this year.