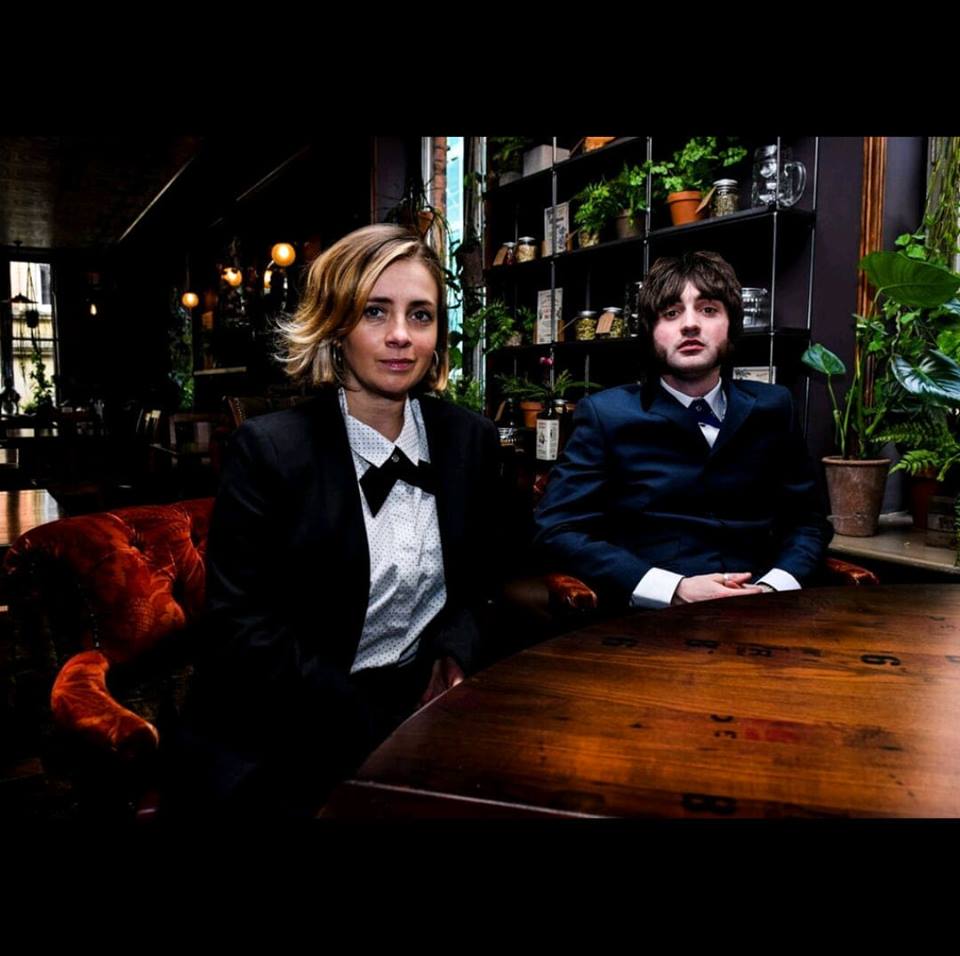 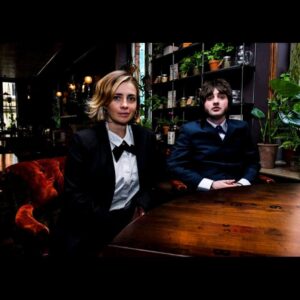 Secluded Sea are the enigmatic Manchester duo fronted by ex Foxtales singer Angela Hazeldine, accompanied by multi-instrumentalist Blair Murray. Influenced by indie, folk and psych, their music has touched a rare nerve with their audience that has seen a ripple effect electrocute to a wider listening public. With more material set to generate further interest in the duo Matt Mead caught up with Angela and Blair for this exclusive interview for Louder Than War.

LTW: Hi, can you please let me know some of your upbringing and first memories?

Blair: I was born in Halifax, West Yorkshire, however the majority of my family are Scottish and Irish. My upbringing has been a very loving and supportive one

Blair: Hmmm, that’s a hard question but I’m guessing the first music I heard was probably something ridiculous like a nursery rhyme, or maybe my nan singing one of The Dubliner’s songs, haha.

Blair: My Dad and Grandad have always been serious record collectors, so from a young age I would pick out and borrow their LP’s. REM, Lou Reed, Paul Weller, The Who, The Byrds, Bob Dylan, The Small Faces and many more.

Angela: 12 years old. I auditioned for Les Miserables at the Palace Theatre, Manchester, got the part of Little Cosette. Travelled from Old Colwyn every performance. My Dad used to buy a £3 stand in ticket (you got a seat if people didn’t turn up) and watch the first half (I wasn’t in the second half) and then we’d drive home. On matinees we’d go to The Cornerhouse and have a Pepsi Float.

When did you start to play the guitar?

Blair:  I started playing the guitar when I was about 11 years old. My school entered me into a drumming competition that I won – the prize was 10 free lesson with a guitar teacher, so that’s where the guitar came in to play.

Angela: I’ve never played guitar, I’m a jack of all trades though (master of singing) and I’ve played bass, drums, synth and mandolin.

Why did you start to learn multiple instruments?

Blair: Well I started pretty young playing the drums as my Dad was a drummer back in the day and after winning the competition that started me off on guitar, it was then a natural progression for me to start picking up other instruments.

When did you first start to think about writing your own material?

Who influences you to write your own material?

Blair: I don’t think anyone really influences me to write my own material to be honest, I’m guessing it just comes naturally. I’ve not always been able to push my writing forward and bring my ideas to the table as I’ve always been seen as just the drummer, I’m sure a lot of drummers will know the feeling, you often really can literally be pushed to the back of the stage, but the ideas of writing my own songs and bringing them to fruition has always been in my mind. Over the past few years I’ve worked with some really good song writers, along with getting the chance  to do some ghost-writing as well, which encouraged me to set up what is now Secluded Sea.

What bands have you both been in before collaborating?

Angela: Bands I’ve been in before (all brilliant by the way) Shepherds Pi (what a name!) The Circus Electric, Literature Thieves and Foxtales.

How did Secluded Sea form?

Angela: Foxtales split up, Blair had seen us play and asked if I’d join his band and thankfully I said yes!

Blair: The gig where I’d seen Foxtales play was in Manchester at the Deaf Institute, and later that night I can remember Ange standing on my toe and being very sympathetic.

Was there an instant connection between you both?

Blair: Yes, definitely. We seemed to hit it off dead quick and we work really well together.

How do the bands compositions come to fruition? Is there a definitive plan when you are writing songs? Is there any element of jamming together?

Blair: There is no element of jamming it out in a room together, Ange and myself don’t really work like that, but there is a definitive plan to how I write the songs for Secluded Sea. Sometimes I can have the lyrics down but not the music, but it can also start with a drum beat or melody with chords first. I’ve been starting with the drum beats as it seems to be a good foundation. Every time I start to write I automatically start recording the song to make it into a demo, so I can later meet Ange to work on the vocal melody together.

Did you always have a plan to record an album?

Blair: Yes, I think it is always best to try to record an albums worth of material. I’m constantly writing music so there is always a number of songs ready for an album. But I don’t feel like it’s always a need to just release albums all the time,  but I do enjoy recording a massive amount.

What are the influences behind the album, musically, emotionally and lyrically?

Blair: Well it’s not really an album as of such, as we split it up in to three EP’s that will be released within the year separately. EP1 came out in January with the help from Astradyne Management and Revo Records. Musically Secluded Sea are not going to be fixed into keep to one style. I find it to be extremely boring when you put album after album on and after 2 or 3 songs it’s all the same.

I just bring to the table what I feel is coming to me most naturally at that point in time. I think it is too hard to pick out who influences Ange  and myself, as there are just so many artists out there, but we do feel that with EP1 it has dynamics along with the tracks pushing and pulling, the songs have their own styles; Sunset is very dreamy and shoegaze, 1984 has a new wave, punk, indie vibe to it, Silence is a sparse acoustic track and Waves is this very cinematic orchestral sounding song like Phil Spector or The Walker Brothers.

Lyrically, people like Bob Dylan, Tom Waits, Lou Reed and poets like Oscar Wilde are an influence. But I also feel that films and books, along with peoples conversations in general, inspire me to write and make up my storyboards about each individual song. For example, the song Silence is based on the book The Road by Cormac McCarthy, whilst Sunset has very emotional lyrics as it’s my personal feeling on suicide and mental health: “Spread your wings and learn to fly, well I might even die but it won’t wreck my day”

What are you hopes for the rest of 2019? Are you playing live anywhere soon?

Blair: We have started to plan our next release, EP2. The band has just played our second sold out headline gig in Manchester at The Peer Hat and next we will be playing a support slot for Tide Lines at Night and Day, Manchester on 17th May, followed by a headline show at The Lantern in Halifax on 01st June and then by an acoustic support with The Church on 10th June at Club Academy, Manchester. The band are also playing at Liverpool Sound City, Kendal Calling and Cotton Clouds festivals, so it’s pretty much nonstop, which is how we like it!

Finally. What’s on your turntable at present

Blair: Well I’ve always been a big fan of The Walker Brothers and Scott Walker’s solo work, so after hearing about the recent sad news of Scott’s passing, I’ve been playing a lot of his music of late.

Secluded Sea can be found via their Bandcamp and Facebook pages.