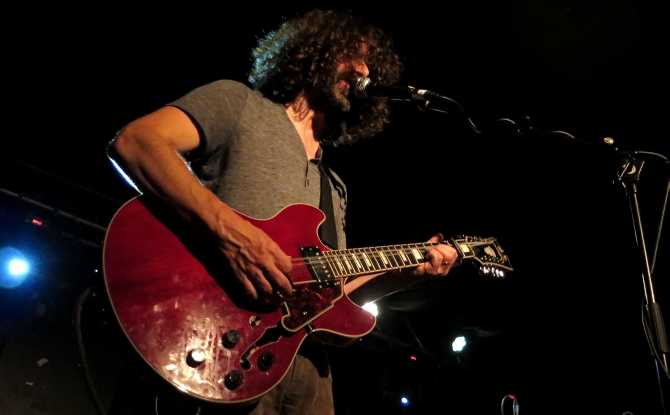 Sebadoh pop over for a rare UK tour in support of their latest album Act Surprised. Louderthanwar’s Christopher Lloyd was there to see how the band have changed over the last decade.

Act Surprised is the first new Sebadoh album in six years, which in the grand scheme of things is not that long of a wait considering the hefty gap between 1999’s much underrated The Sebadoh and 2013’s Defend Yrself. The wait for a full on UK tour has been much longer though, and with their new album going down a storm with the critics and more importantly the ever-patient Sebadoh fan base, now is the perfect time to see Sebadoh back on the road.

As Lou Barlow, Jason Loewenstein and latest drummer Bob D’Amico take to the stage and fire up the set with nineties indie rock classic Beauty Of The Ride, it feels like a different Sebadoh from that of the nineties. This is a band that is the epitome of tight. Sebadoh gigs of old could frequently be quite the scrappy affairs, partially due to the band frequently swapping instrument duties along with a fairly loose attitude towards the playing that I always felt was quite often down to sheer nerves.

Sebadoh live in 2019 is a confident beast. Just as the sound of their latest album is solid and dependable, so is this live performance, a hefty twenty five track set that focuses heavily upon the Act Surprised. The new tracks don’t feel as though they fall under the two category template of old… Lou’s emotional songs and Jason’s rockier numbers, they feel much more symbiotic in nature this time round. Never have Sebadoh sounded more like a band rather than an indie-rock collective.

The addition of Bob D’amico on drums is a brilliant choice, he brings a solid, powerful anchor in his playing that bring a complexity to tracks such as Medicate and Phantom, as well as bolstering up some of the more established classics into much weightier variants of their recorded versions. 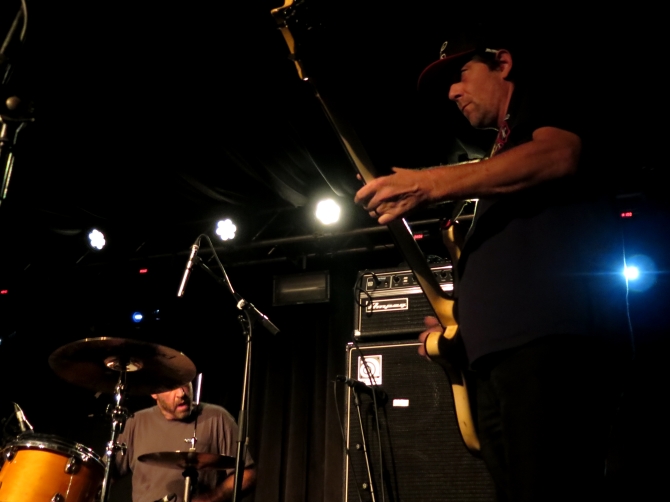 Only four of the nineteen tracks in the main set were classic Sebadoh ‘hits’. It’s a risky move to play a set so heavy upon new material when you have a weight of classics under your belt and a tendency to not play many shows, but what made it pay off was the quality of the new songs. The atmosphere felt that of an audience watching a brand new band, a band that clearly deserved and indeed received the audience’s patience, attention and respect.

That respect was paid back to the loyal fan base with a encore of pure Sebadoh gold. Magnet’s Coil, Licence To Confuse, Rebound, Ocean, and Skull were all belted out at a breakneck pace that surprised even Lou Barlow, stating “I didn’t realise I can play that fast!” whilst Brand New Love bought the set to a close with a cacophony of chugging bass and feedback, leaving both band and audience under no illusion that many years down the line from the songs inception Sebadoh are absolutely on the top of of their game.

Words and Photographs by Christopher Lloyd.