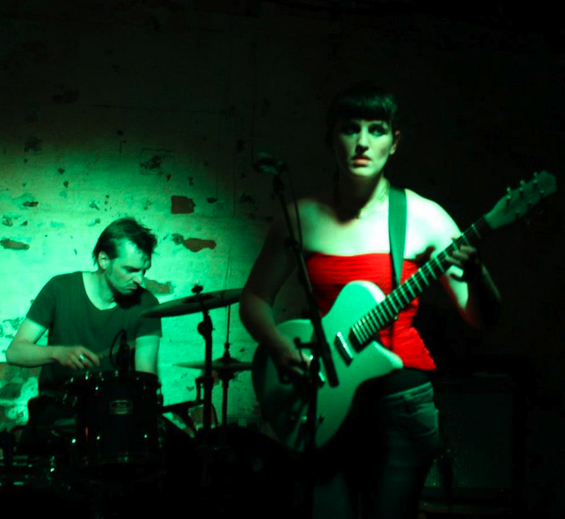 SeaWitches are hosting and playing OVERTHROW – a very special event at Liverpool’s Kazimier this Friday April 10th. The band play alongside Tear Talk and Esa Shields who is one of the shortlisted artists nominated for 2015’s prestigious Getintothis GIT Award.

Overthrow will be a night of music that Seawitches say will give them the opportunity to “play with bands that we love and for as long as we like! It’s called Overthrow because that’s how we’re feeling about pretty much everything at the moment, politically, socially, musically, that it’s time for an overthrow!”

General admission will be £5 on the door.

​Seawitches, stalwarts of Liverpool’s music scene, are prolific songwriters who are known for playing electrifying and utterly mesmerising live shows. Their sophisticated compositions and poetic lyrics have won them critical acclaim, national and international airplay and huge praise from the UK’s music press.
Esa Shields, is an hugely talented solo artist who’s been active on the Liverpool scene for years and has earned more widespread attention since the release of his last record Ovum Caper. Esa is now playing dates across Europe and has just been nominated for a GiT award.
Tear Talk are Seawitches‘ favourite Liverpool band. Their EP ‘Ruins’ has received reviews from local and national press including NME, and they’re being widely touted as a band set for big things. Their last gig was their EP launch in the Scandinavian church which they sold out.
Chris Ward takes care of DJ duties for the evening,  Chris is best known for Adult Books at Le Bateau and works at the legendary Planet X night.  He’ll bring his new wave club night Mirror Moves to Overthrow once the live music is finished.