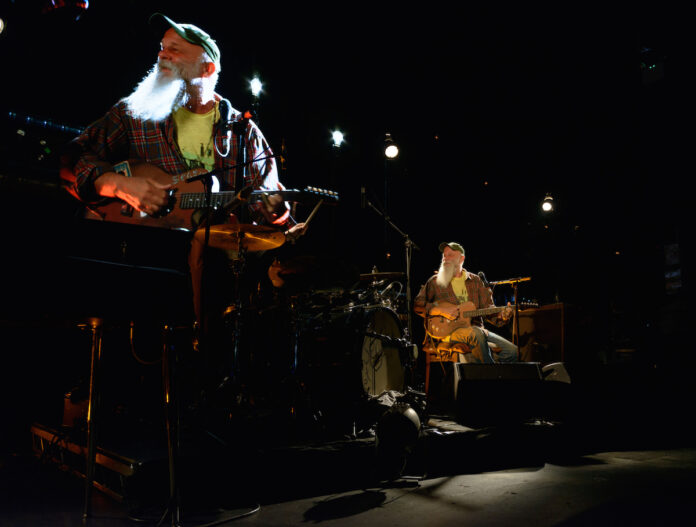 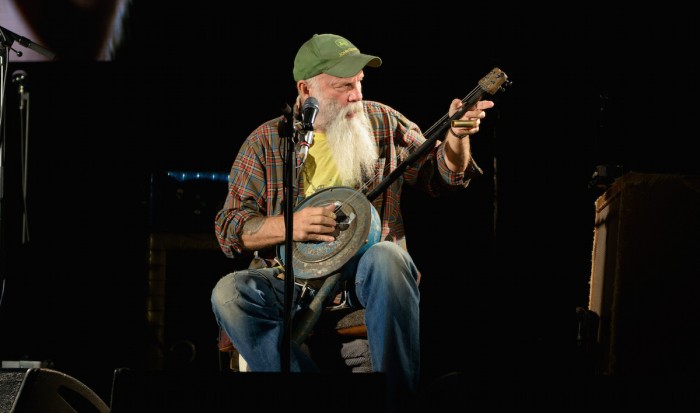 Seasick Steve is truly one in a million as he effortlessly demonstrated in Newcastle. With his plethora of home made guitars he treated us to an incredible evening of his own brand of blues rock.

Seasick Steve is currently blazing a trail across the UK in support of his new album Sonic Soul Surfer, as he arrives in Newcastle he’s riding on the crest of a wave. We miss tonight’s support act, My Baby, our loss apparently as the venue is buzzing with excitement as people discuss how fantastic they were.

So as we kick ourselves for missing them, quickly regroup and head to the front as Steve takes to the stage. He wastes no time in picking up one of his incredible guitars and all the memories from the last time I saw him eight years ago come flooding back.

After confessing his love for Newcastle, he was off to a flying start with the brilliant “My Donny” followed by “Bring It On” and current single “Summertime Boy”. This well lubricated crowd was singing back every word, a pretty incredible sight as they bellowed out his name at every opportunity. Steve laps up the attention in his typically humble manner.

However, due to the over-excitement of some individuals,  most of Steve’s interesting stories  about the genesis of the songs prefacing their performance are rendered unlistenable. 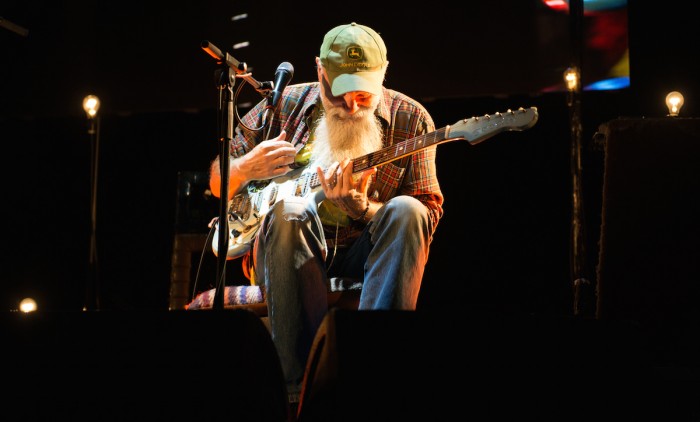 There was a little more respect when Steve approached the front of the stage and brought his record player, as he confessed his love for the physical format. As he gives a short taster of how good the record sounds on vinyl, it has to be said it sounds even better live. Steve’s honesty and humble attitude is one of his most endearing qualities and he seems to be having as much fun as everyone in tonight’s audience.

His set rumbles on at a steady pace,the tracks from Sonic Soul Surfer standing out, yet the older tracks still stir up excitement from the crowd. It helps that the majority of them are energetic and thanks to Steve’s songwriting they have great lyrics that really stick.

“Roy’s Gang” is a definite highlight of the evening with its pumping beat and incredible blues guitar. The noise that Steve creates from things most people would throw out is inspirational, you cannot help but marvel at this man’s genius. He is a truly unique individual and the same can be said for drummer Dan Magnusson who is Animal incarnate. They’re a match made in heaven

As the set draws to a close “Keep On Keepin’ On” provides a late highlight. One final blast of brilliant blues-rock to end what has been an incredible set, Steve returns alone to thank every member of the band and crew, once again proving he is one of the nicest men in music.

As we make our way home after a rabble-rousing rendition of the incredible “Doghouse Blues”, we’re left humming so many of tonight’s songs. Seasick Steve is truly one of a kind, his sincerity and excitement are truly uplifting. Tonight is a testament to the fact that success and acclaim don’t necessarily mean losing your individuality.

Seasick Steve can be found online at www.seasicksteve.com. He is also on Facebook and tweets as @SeasickSteve.