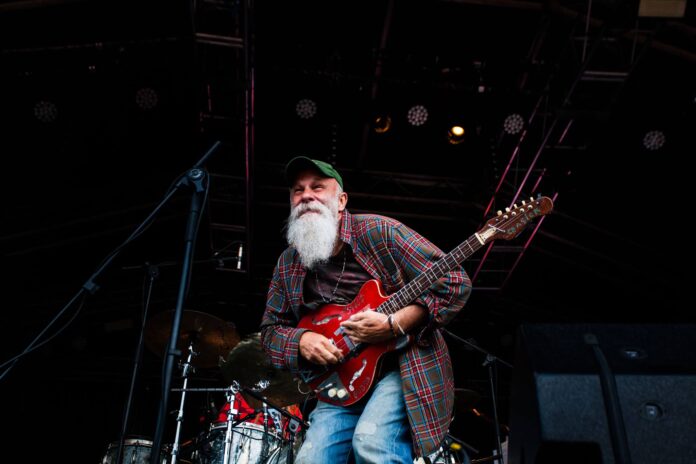 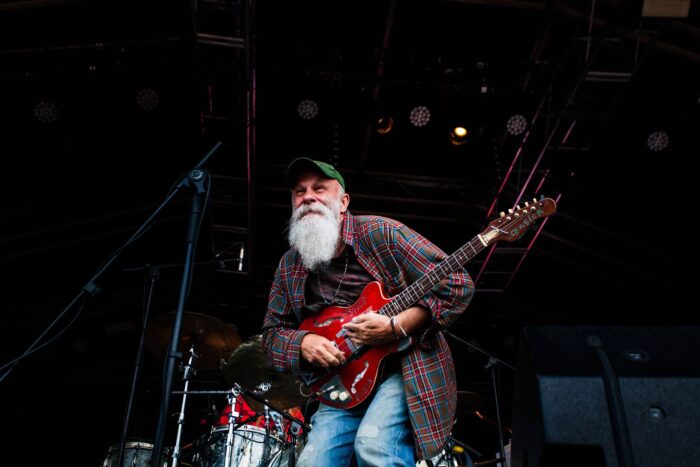 Based in the very centre of Bristol, the Summer Series of concerts, now in its second year, already feels like it’s been of fixture of the city’s summer celebrations since forever. This year’s performers included homecoming hero George Ezra on Wednesday, Kaiser Chiefs on Thursday, and Seasick Steve on Friday who all played to audiences of 4-5,000 people, over double the capacity the city’s largest venue holds. Philip Allen reports back from Friday night’s show by Seasick Steve. With thanks to Alex R Elms Photography for the pics.

Since his breakout performance on The Jools Holland Show in 2006, Seasick Steve has won over countless hearts of those who have seen him perform his authentic brand of American Blues. At the ripe old age of 74, Steve has found success rather late in life and from the look on his face as he takes the stage, he is ‘happier than a pig in muck’.

Sadly Jessie J had to pull out of her slot on Saturday due to problems arising from an operation she had performed earlier in the week, so tonight ended up as the final night of this years Summer Series. The open air harbourside venue lies below the large looming Lloyds building and opposite The M Shed with it’s massive cranes, the remnants of the areas industrial maritime history. 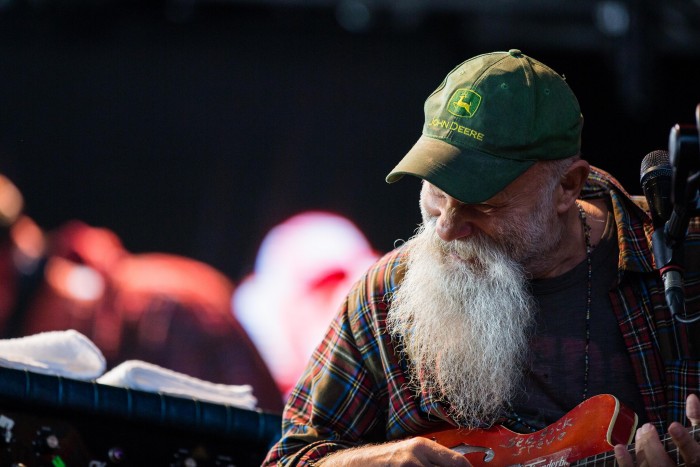 It couldn’t be a better night for it too, sun is blazing and the Friday night crowd are out in force. Support band I am Kloot do and excellent job of warming up the audience with their Mancunian mellow rock, but it’s Steve the audience are here to see, and the warm welcome he receives walking out onto the stage affirms this. His humble nature and authentic character stand out as he readies himself, flanked by, on his left, his accompanist and Swedish drummer, Mr Dan Magnusson, who has been playing and recording with Steve (and their former band, The Level Devils) for over 10 years.

During the 14 song set, Steve strummed and plucked his way through some of the most amazing folk rock blues. Song like, ‘Summertime Boy’ and ‘Baracuda ’68’ resonated through the air, making the perfect soundtrack to this summer evening. Even a lucky little lady was pulled from the audience and was serenaded up close with his love song, ‘Walking Man’. The crowd grew louder and loosened up with each song, dancing and singing along. Young and old alike seemed to enjoy the night as much as each other, proving the timelessness that Steve possesses.

Finishing the set with an encore of John Hartford’s ‘Gentle On My Mind’ and his own barnstormer, ‘Dog House Boogie’, the talent on show is quite astounding to watch as he sent everyone home with fulfilled grins and the knowledge that the ‘Summertime Blues’ are alive and kicking in the good hands of Seasick Steve. 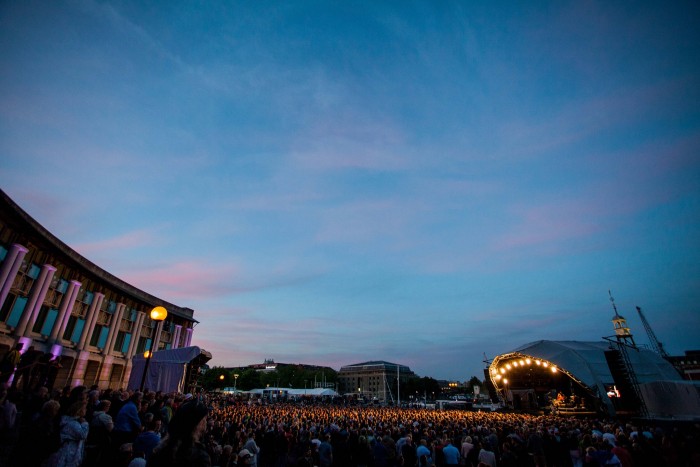 ~
Seasick Steve can be found online here: seasicksteve.com. He’s also on Facebook and tweets as @seasicksteve.

The Summer Series of events can be found online here: bristolsummerseries.com.

All words by Philip Allen, all photos © Alex R Elms. More writing by Philip on Louder Than War can be found at his author’s archive.