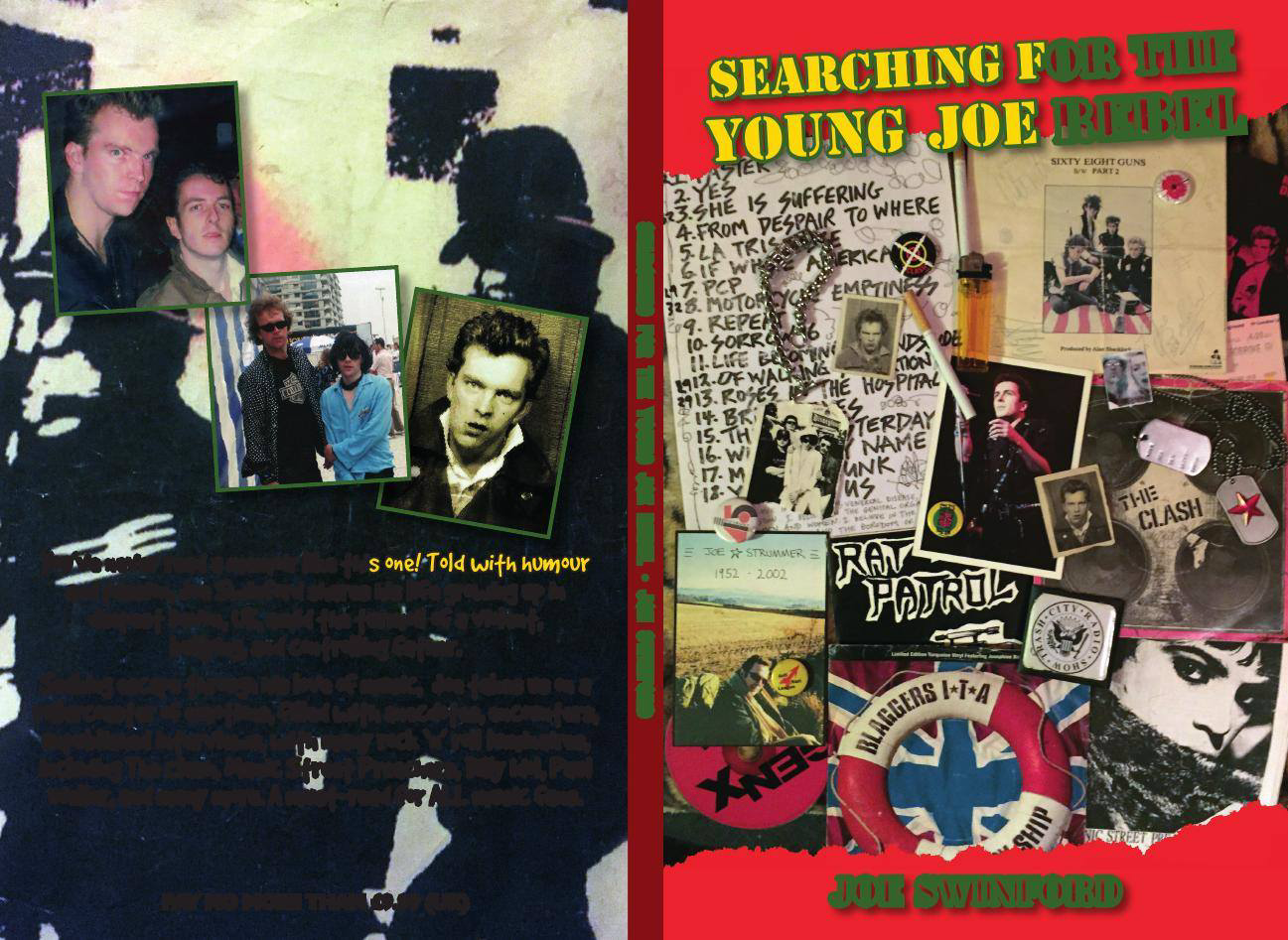 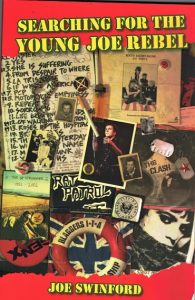 With foreword from LTW’s own John Robb, this is the long-awaited book from Clash and Manics aficionado Joe Swinford. Joe Whyte reviews.

This has been something of a labour of love for Joe Swinford. Brother John Robb of this parish did a news article on the book in 2012 and LTW published some early chapters a few years back. It’s out at last, in very limited quantities and really has been worth the wait.

Some of those passages are recounted here.

Joe Swinford is a guy who’s probably like quite a lot of us; brought up on and very much defined by punk rock. It’s really been the mantra by which he’s lived his life and again, like a lot of us, it’s coloured his every thought, move, fashion sense, political beliefs and ongoing moral compass ever since. Joe’s real personal quest, however, was The Clash in general and Strummer in particular. The music of the band moved him from a very early stage and they are pretty much a constant throughout this story. 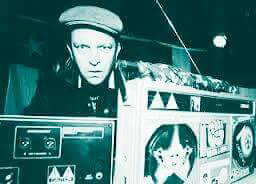 And what a story; it’s part coming-of-age tale, part musical odyssey and at times his (very funny) manifesto for a life lived large. He’s often blunt . He pulls no punches. He’s also brutally honest (often about himself). The book often has more contradictions than is good for it but it’s a rambunctious and joy-filled journey and one cannot help but be moved by the story of a guy who loves the music this much.

Brought up in an abusive household (his father seems to have been something of a Jekyll and Hyde-type character), his youthful accounts of trying to protect his mother are as harrowing as they are familiar. Finding an escape via the music of The Only Band That Mattered sent Swinford on a quest that continues to this day. He’s the host of the Trash City Radio Show and is very much involved in keeping the flame of Joe Strummer burning bright. He became friends with Strummer (and his family) over the years and travelled the length of the U.K.to see him solo and with his various bands. He’s shared beers, spliffs, laughs and tears with the man and his entourage and he’s been party to more personal insights than any fan could hope to imagine. Swinford’s love of the music shines brightly; he lives it and he understands why it means so much to him and to the rest of us. 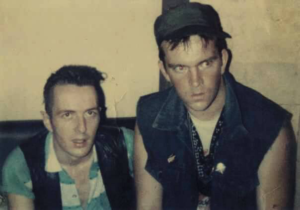 The early days will be familiar to many of us; growing up in a dull town (Exeter) filled with straights and dangerous beer boys, punk rock truly was a battlefield for the front-liners. Making like-minded friends and losing some of them to Right Wing politics and the daily wage grind is also a tale many of us will recognise.  His attempts at starting a band will also resonate; that early enthusiasm eroded away by people not committed to the cause and more interested in drinking and carousing than learning an instrument. He ended up drumming in Rat Patrol, a Clash-influenced outfit on and off for some years although, again, in a tale familiar to many of us, which fizzled out despite his best efforts.

It’s not only The Clash in these pages; he was laterally infatuated firstly with The Alarm and then The Manics which are bands both, interestingly enough, that one can trace the influence and bloodline of The Clash right through. A later flirtation with the criminally neglected Blaggers ITA is also an entertaining side-tale. His days as a fanzine writer are really interesting; being part of that coterie of very early Manics fanatics, his writing, included in passages of the book,  was hugely influenced by the Situationist-art-terrorism of Richey and Nicky’s lyrics, sleeve notes and media proclamations. This is where the contradictions mentioned above are at their most obvious. Scathing put-downs in his own writings of “dirty indie-drunks and grebos” (I paraphrase) and others wasting their lives are book-ended by his own very chaotic lifestyle. Alcohol and amphetamines and ricocheting from bedsit to mates sofa underscore the 24-hour lifestyle he was living whilst trying to stay positive and creative. It makes the book all the more gripping, though, knowing that Swinford is such a full-on guy. Six-foot-four with a quiff (and laterally a hat!) he was a hard guy to ignore, I’d imagine and his forthright views might not be particularly PC or touchy-feely at times but this is a bloke who means exactly what he says and isn’t afraid to say it. The other thread running through the book is Swinford’s humour; even at times of utter dejection, he can find a laughable aside to brighten himself and the pages.

I found myself rattling through the book at a great rate of knots, simply because I was enjoying it so much and obviously was relating to much of the story myself. I reckon a lot of people from our generation will feel the same; that live-fast-no-cash lifestyle was almost a given for many of us and the helter-skelter accounts of gigs, girls, beers, speed and aggro-avoided will resonate with Generation Punk. Jon King’s “Human Punk” is an obvious touchstone as the writing shares a lot of King’s pedal-to-the-metal stream of consciousness rapidity (albeit semi-fictionalised)  but Swinford has a style all of his own. Like the music it portrays, the book is a full-on, full-speed joyride through the late seventies and later with some of his musical heroes (and a few local zeroes) popping up to illustrate the story. It will strike a chord with many of you.

It’s been a long time coming, Joe Rebel, but it’s sure been worth the wait.