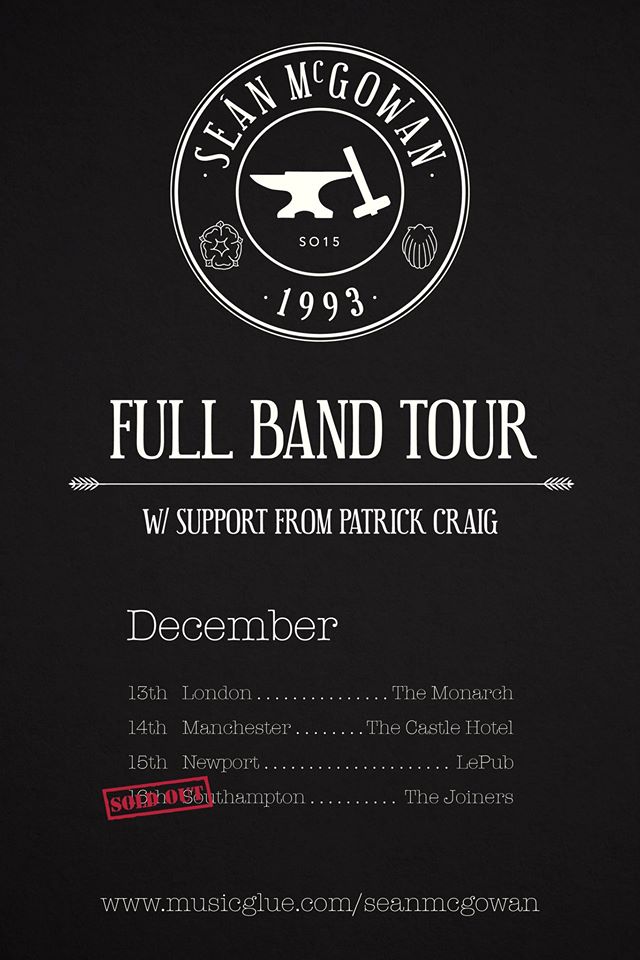 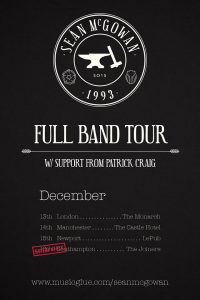 Seán McGowan ; Great new video for new single ‘No Show’ and   final chance to get tickets for his December ‘full-band’ tour dates in Camden, Manchester and Newport… Southampton has Sold Out.

Southampton’s former ‘Patron Saint of Pissing It All Up the Wall’,  and bastard son of Billy Bragg and Craig David,  Seán McGowan  has ‘dropped’ a new video ( a week ago, we’re slow in picking it up….)

In danger of becoming a local institution,but spreading himself nationwide,  Sean has almost perfected the marriage of musical protest, socio-political commentary with laddish, catchy singalongs with a depth and passion.  Heart-on-sleeve story-telling about heartbreak and survival, beer and loyalty. The lyrical dexterity of the finest rappers and a cute beard…. he’s got it all.

Here it is;  Great visuals, brilliant lyrics , as usual.

Look out for an Oscar-winning performance from a certain Joiners manager at the end.