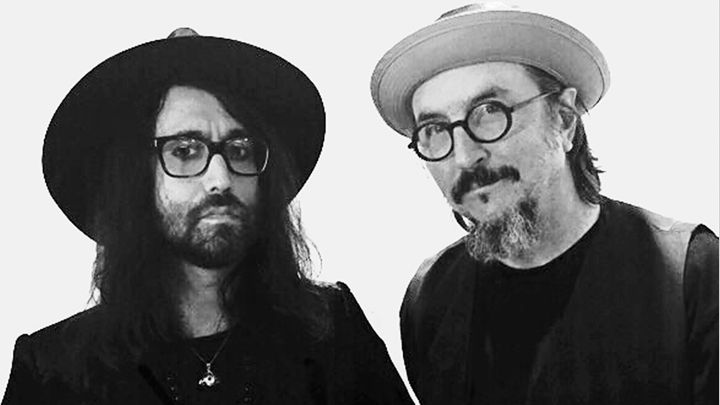 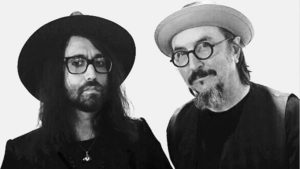 Sean Lennon has long emerged out of the shadow of his father.

His Ghost Of A Sabre Tooth Tiger are a great band which we loved when we saw them live last year and his latest project – a collaboration with another LTW favourite Primus’s les Claypool is another great adventure into twisted sound.

Listen to the pair of them playing here…

He has a history of this kind of thing.

Back in 2013, he teamed with Deerhoof drummer Greg Saunier in the “incredibly liberating” improv duo Mystical Weapons, and when Rolling Stone checked in with the singer, songwriter and multi-instrumentalist this past October, he was enthusing over the Moonlandingz, a “fictional band” — including members of U.K. scuzz-rock sensations Fat White Family — making very real music.
The Claypool Lennon Delirium sees Claypool plays bass, while Lennon handles all other instruments. Lennon sings lead on this track, but Claypool also contributes vocals to the project.

As Claypool explains it, the pair “hit it off” during a 2015 summer tour featuring Primus, Dinosaur Jr. and Ghost of a Saber Tooth Tiger, the band that Lennon co-leads with singer and multi-instrumentalist Charlotte Kemp Muhl. “We had a few backstage, acoustic jamborees that I found interesting but when [Sean] sat in with us and melted our faces with his guitar during ‘Southbound Pachyderm,’ I realized that this fella had some chops,” said the bassist in a statement. “Primus was about to take some time off and I was gearing up a new project so I asked Sean if he’d like to come to Rancho Relaxo and see if we couldn’t get some interesting sounds on tape. Next thing I know he’s staying in my guesthouse over the holidays and we’re drinking vino, hunting mushrooms and throwing musical pasta at the walls.

“One thing I think folks will be surprised by is what a monster of a guitar player Sean is,” Claypool continues. “Not only does he have technical ability, but also the sounds that come out of his rig tend to be pretty bent and compelling. His DNA definitely shines through, though it isn’t just his father’s musical sensibilities that he reflects but also his mother’s abstract perspective, which to me, makes for a glorious freak stew.”

“Like many musicians of my generation I was heavily into Primus,” Lennon told Rolling Stone in a statement. “So when Les asked the GOASTT to come on tour we were all thrilled. Little did I know but this would lead to a bizarre and otherworldly collaboration in musical mycology at Les’ aboraceous compound. It’s been an honor and a challenge playing with someone of Les’ caliber, but luckily the Gods of Pinot Noir shone favorably down and granted us a bundle of devilish tunes about monkeys, outer space and sexual deviancy. The Claypool Lennon Delirium will (gently) melt your face with heart-pounding low-frequency oscillations and interdimensional guitar squeals. We look forward to seeing you very soon.”

The Claypool Lennon Delirium will play Bonnaroo on June 11th.