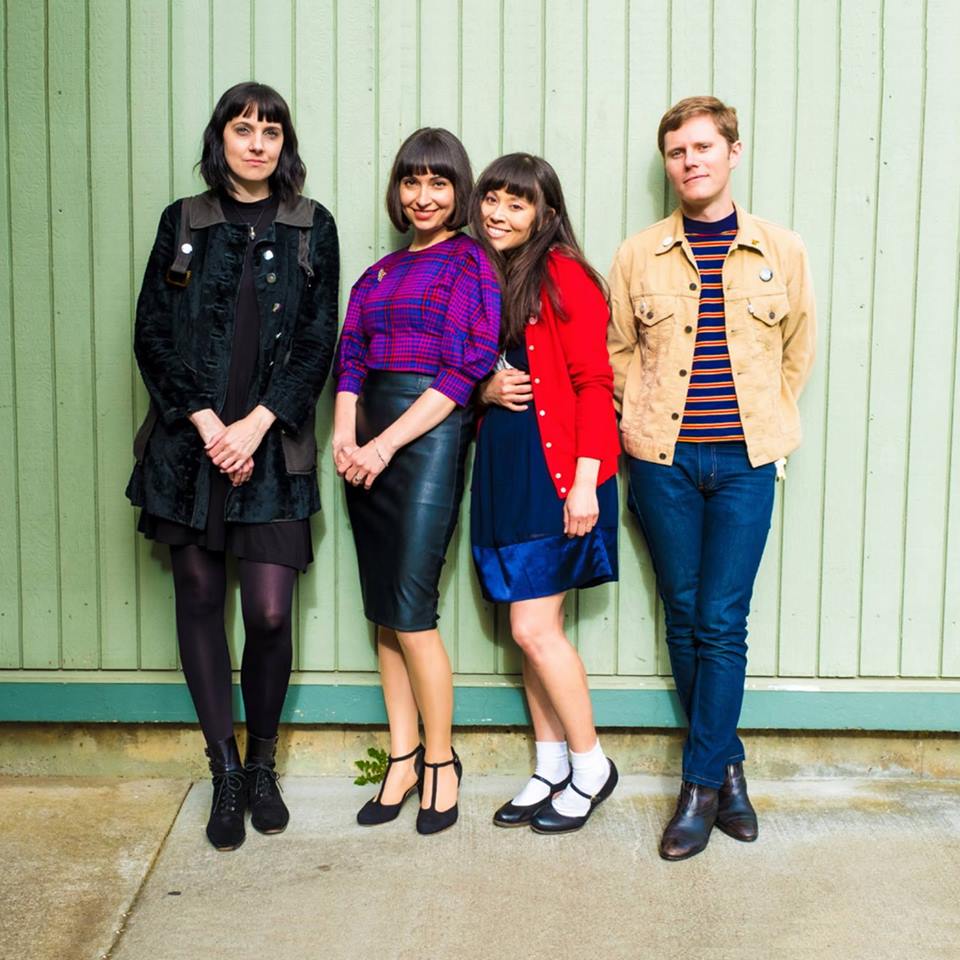 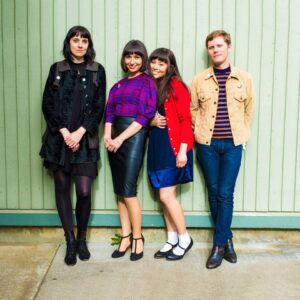 (the only thing these three bands have in common is the fact that their membership is predominantly female  – only one set of balls per band – they all approached us for coverage at roughly the same time. Three for the price of one. So many bands so little time.  x)

From San Francisco and signed to the Emotional Response label Seablite consist of Lauren, Galine, Jen and Andy and have a sound which is immediate, fresh sounding yet familiar …  you slowly realise that (if you are old enough to remember 1989…) that there is a distinct similarity to the sound of early Lush. Which is no bad thing as the Scar mini-album was the coolest thing you ever heard at the tail end of the 80’s.

There Were Only Shadows also reminds me of Pauline Murray & the Invisible Girls -and how they might have sounded had Martin Hannett not ruined their guitar with over-production.

A soft-focus rainbow-psych video helps present the band in a good light and they look sure to pick up a lot of interest in the Dreampop circles and beyond.

Kath & The Kicks  are a Leeds based ‘Alternative Rock’ band fronted by Kath Edmonds with Shaneen Mooney on Bass and Matt Larkin on Drums.  Described as “Filthy garage rock meets Jack White, a blistering combination from this power trio” they have been around for a few years and have built up a following up North I’m told

Let It Out is a bit of a slow-burn grower of a track and maybe not a obvious choice as a single – but definitely a band to look out for live.  I’m not convinced that the arty-running-backwards video of the band having paint dripped on them is the greatest ever promo – but you may disagree.

I like the description of Kath having  “A voice like a cider-drunk angel” from a Louder Sound review. Whilst LTW mag said ‘Dirty, smack you in the face rock and roll from a band projecting true passion and searing melodies’.

If moody, soulful Alt-Rock is your bag and you’re a bit tired of your well-worn Skunk Anansie collection, you know where to get your Kicks from now.

Staz Lindes (bass/vocals) and Laila Hashemi (keys/vocals)  Lexi Funston guitar and  drummer David Ruiz make up the band. Always good to have a ‘token male’ as a whipping boy and to send for carry-outs.

The video is great and captures the fun, freakiness and feminist frolics of an interesting sounding band. Another band to watch out for should they hit the UK