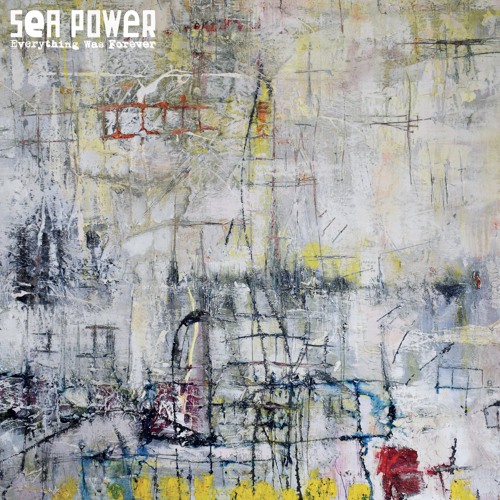 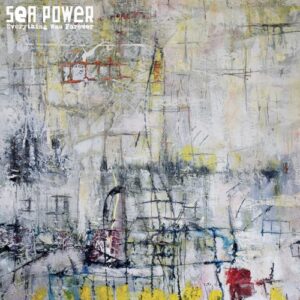 Sea Power: Everything Was Forever

Sea Power, as we know now minus the British, return with an expansive album that draws you in with its warmth while kicking out in defiance.

They’ve come a long way since the spiked angular sound of songs like Apologies For Insect Life and Sea Power are surely on the cusp of becoming an institution, one in which all are welcome to hole up and weather out the storm. Their blend of atmospheric indie post-rock continues to develop, ebbing and flowing like a river rushing through their precious and celebrated woodlands. There’s a glint of nostalgia in their sound, reinforced further in the album title. Everything was forever. It certainly felt that way until we lost our way and tripped blindly down the rabbit hole of chaos, coming out over a brave new world.

“Another day, another age. I thought we were in this all together…What have you done my dear?” sings frontman Yan on early highlight Transmitter. The lyrics epitomise the way we are lost, drifting rudderless on a sea of crashing waves while the captains have long since abandoned ship, leaving only the rats to take it down. “After all the thrills I feel more confused than ever. I guess you know the drill. Somebody else was pulling all the levers.” It’s direct in its message, charged with electricity and direct in delivery, recalling Who’s In Control? from their 2011 album Valhalla Dancehall.

The band are now experts in blending scrawling riffs across expansive landscapes, such as on the previous single Two Fingers, out Interpolling Interpol themselves. It has a purging catharticism about it in its message. Raising a toast, a dram, a shot while damning it all to hell. It’s a song simultaneously of joy, remembrance, release and revolution, summarising exactly what Sea Power do best in making the political personal and the personal an act of defiance. They hit a new height on the fantastic Doppelganger, burning everything that was once forever to the ground to build something new from the ashen remains. The post-punk dynamics whip and surge, smashing and crashing all around in wild abandon, coming together to create a clear highlight on the album.

However, as we know from how the band has developed over the last two decades, they can pull you down beneath the surface of a plateauing sea, leave you to drift in self-reflection. It’s the other side of their coin, more polished and yet no more comforting. Fear Eats The Soul is the perfect example. A haunting voice over a subtle shuffle, siren-like hypnotic choral vocals drift out while we’re warned that no one is getting out alive. It’s on songs like this, Lakeland Echo, and album closer We Only Want To Make You Happy where they skirt closer to the orchestration of Sigur Ros, but Sea Power know full well that their power is in something more communally celebratory, closer to the hands of the people than the seemingly untouchable ephemeralness of some of their peers, and they are all the better for it.