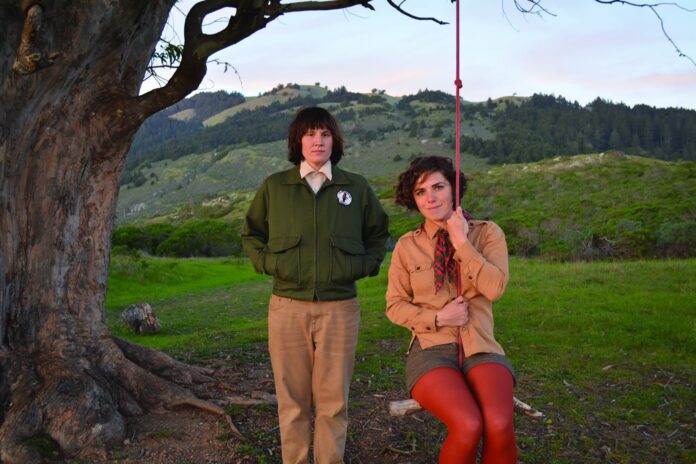 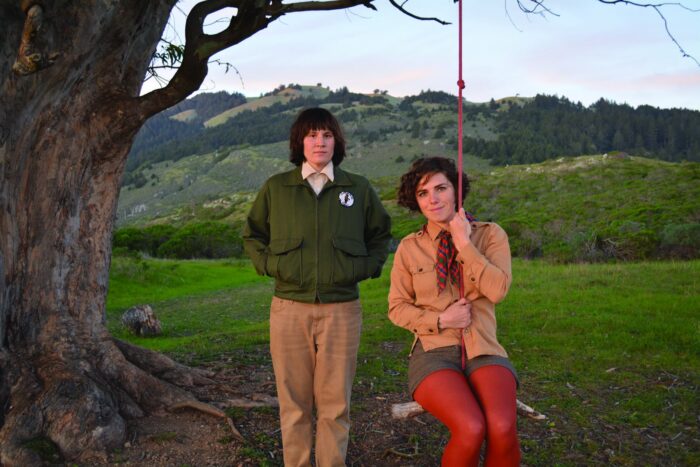 Sacramento based duo, Julie Baenziger and Amber Padgett, aka Sea of Bees, are back with a new song and music video. Test Yourself is a self styled, entirely independently produced video. With flashes of inspiration that wouldn’t be so out of place in the infamous Wes Anderson film Moonrise Kingdom, the video is peppered with a healthy dose of ethereal magic – qualities that Sea of Bees are not strangers to.

The story goes, that Jules taught herself to sing and play guitar (and one finger bass) after falling in love with the sounds of a elusive, beautiful voice as a teenager, when at church. She has since left her church-going days behind, and it was studio owner John Baccigaluppi who nurtured her talent which would eventually make way for the magnetism we know as the unique sound of Sea of Bees.

Easter weekend in NYC, 2011, Sea of Bees played a gig at the infamous Brooklyn Mercury Lounge, with Smoosh in support. Eleven gigs in as many days: Jules, whiskey in hand, was approachable and energised – part of the charm of their music: their personalities which always shine through. Sea of Bees were always destined for great things (not least because they are so down to earth).

Their new album: Build a Boat to the Sun is out now. Their third record since emerging with their debut Songs for the Ravens in 2011. It is released via 3 Loop Music.

No imminent plans for a UK tour at the moment, but Sea of Bees will be playing a handful of live dates in NYC during September. According to Amber, they might well grace these shores in November. So, watch this space (and the brand new video for Test Yourself):