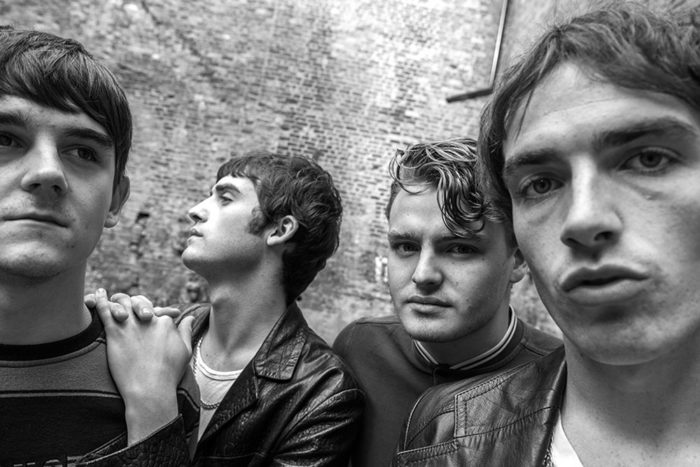 One of the fastest rising bands on the Manchester indie scene, Scuttlers from Middleton is rehearsing new material in the studio. They are playing the city’s iconic Deaf Institute on July 5th. Nigel Carr (words) and Dave Gleave (photos) caught up with them for a chat.

I saw Scuttlers at 78 Sackville St back in February for the launch of their single Lies in the Sky and then again at Night People in March for The Blinders Orbit event. Both occasions saw them on top form, their version of louche, Libertinesque rock n roll has a certain feral swagger, a primeval vibe that no other band is doing at the moment. Sure the scene is littered with indie sound-alikes. Bands who think that banging out two chords and repeatedly snarling is enough. It isn’t, you need more, you need to play decent music and look the part. Enter Scuttlers, named after the violent street gangs of Manchester in the 19century. Street urchins, lads with an attitude, a sense of style and the confidence to pull it all off! 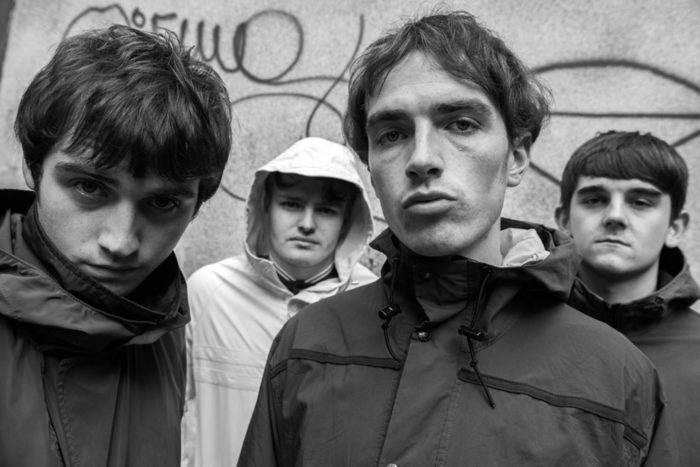 Listening to this band, you can hear the apparent influences. Challenge them and it’s, “nah mate never heard of them”. “Didn’t that sound a bit like Department S?” “Who?”. So there’s me sitting on the floor of the studio getting my ears blasted with some of the new material, and it’s sounding immense. This band has a real sense of melody, backed with layered harmonies and played by a troupe of virtuoso performers. Lead singer Kaiden has been playing guitar since he was a kid. I first met him as a solo performer before a Space Monkey’s gig. He looked like a young George Harrison and at just 17 years old was already showing signs of his prodigious talent. Fast forward and he’s the focal point and leader of his own band, still only 20 and with a very bright future.

Unusually for a band, some of the tunes are banged out from rehearsal jam sessions, some are written by Liam, some Kaiden and some with them writing together. Kaiden: “We’ll have writing sessions. On the usual ideal week we’ll practice three to four times, and then we’ll have one night where Liam (guitar) will come up to my flat in Salford and we’ll sit there and any tunes we are unsure about or new songs, new ideas and stuff, we’ll go through it and take it to the band.”

Liam: “With Jack’s funky little bass lines and Tom’s mad drumming that sort of gels the tunes together.” 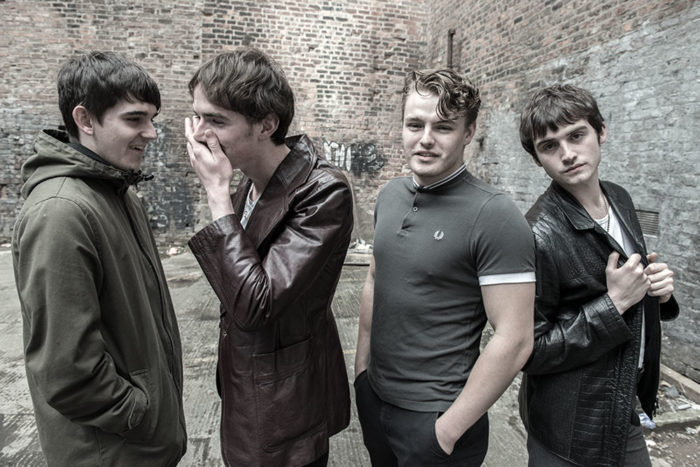 The band combines elements of sixties garage, 70’s punk and even elements of New York Dolls meets the aforementioned Libertines, in a heady cocktail which sounds right now. Liam: “it’s a disorganised way of writing”. Clearly, they have their own musical upbringing that is shaping the sound. Kaiden: “When we started we were a punk band straight up, we’d come up with that Bringing Me Down (from the first EP, Scuttlers), it was basically the first four tunes that we’d written together, brilliant tunes in my opinion, they were all massive rock, all melodically fine, but as you’ll see over the next few years, the tunes we’re writing now Leaders and there’s a new one called Return of The Legends, they’re a lot more. I like to get the acoustic out because everyone now is a rock and roll band.”

A band that simply can’t be pigeonholed, Liam: “Droplets of a lot of things” – the perfect description of them, Scuttlers are ploughing their own furrow. Not totally unique, but refreshingly different from the slurry of indie landfill out there.

I’m sitting there still trying to get to the core of what defines this band, Kaiden: “let’s hope you never do! We’ve been gigging now for a year and a half, we just get better and better and our ears get more finely tuned as we do it. I think by this time next year we’ll be a rather seasoned band.” 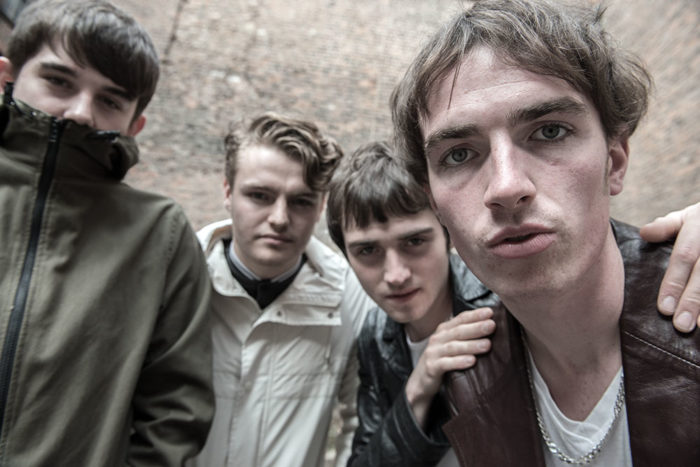 The twin forces of the two font men is a common theme in some of the biggest bands in history – Lennon & McCartney, Jagger & Richards, and when you see these two, Liam and Kaiden leading Scuttlers you get that same feeling. They are backed up by a rock-solid rhythm section in Jack and Tom. Balanced and solid, it’s a force to be reckoned with, with each member of the group pulling their weight. Citing influences from the Beatles, Zeppelin and modern punk Scuttlers are a band to watch.

They even look the part with Kaiden frequently borrowing clothes from Liam’s mum’s wardrobe!

With a rack of shows and festivals coming up including Kendal Calling the future is looking bright! Catch them at their biggest gig to date – they headline The Deaf Institute in Manchester on July 5! 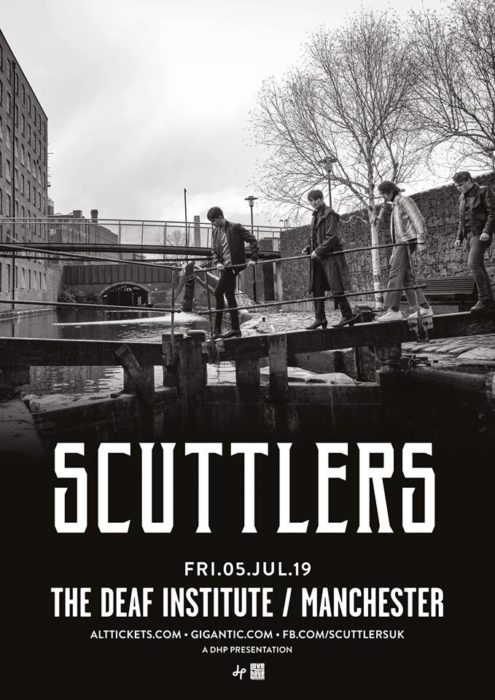 Photos David Gleave. More of Dave’s photos on Louder Than War can be found here. He’s also on Instagram and his personal website is  https://www.davidgleavephoto.com/