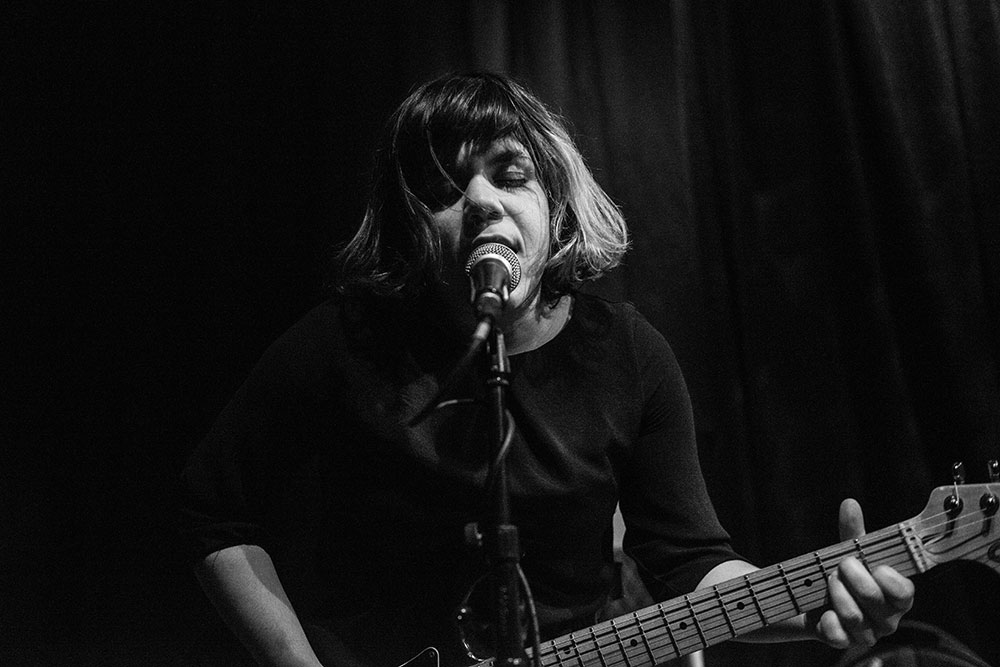 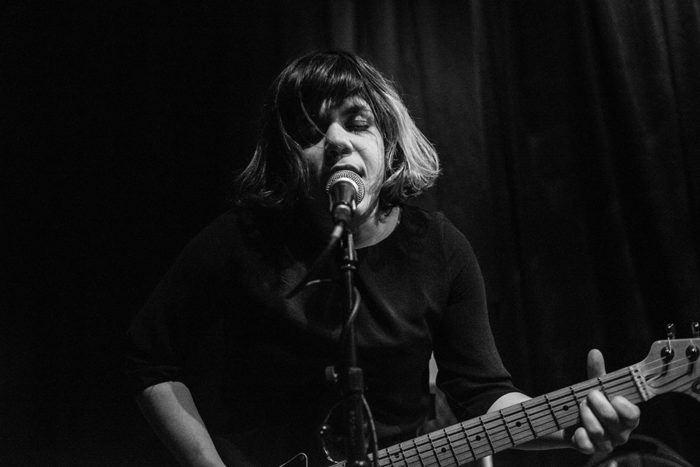 The New Jersey three-piece is back in Manchester. Nigel Carr and David Gleave report for Louder Than War.

Three years, gone in a flash – a dingy Roadhouse basement and one of the loudest power trios I ever heard in my life. Shades of Jimi Hendrix “We are a loud band” proclaimed Marissa Paternoster! Up there with Eddie Hazel and Prince, the Brunswick kid with the big voice is one of the greatest guitarists of all time. 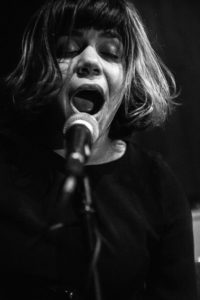 Fast forward to Friday night at Band On The Wall and they are tighter and more explosive than ever. In an hour-long set which delves right back to the first album, 2006’s Baby Teeth, Paternoster shows the awesome power she can strangle from one seemingly average Fender.

Standing humbly in the dark, stage left she delivers a set so loud, so ferocious, it belies her small stature and humble appearance. No front of stage domination, no spotlights or backdrop, the gig focuses on the music and the players. Virtuoso performers in their own right, Jarrett on drums and King Mike on bass (who spends most of the gig cloaked in a huge mop of hair) provide the perfect sonic backdrop for a riff drenched performance that keeps me hooked from the very first note. It’s a relentless wall of sound shattered by Paternoster’s piercing riffs, and beer in hand, swaying to the music, I can’t get this big stupid grin off my face.

The band gets the mix just right. Familiar songs like the anthemic Hopeless from Rose Mountain are interspersed with tracks from the new double album All At Once. It’s a heady and powerful affair; garage, punk and elements of grunge meld with a pure rock vibe running through the core.

The set closes with Chamber For Sleep off the new album, a dense heady freak-out before the band leaves only to return quickly for the single song encore, High.

Inevitably, some standout tracks from the band’s lustrous career are missed, including my favourite Ripe from the last album. Check out another omission I’ll Make You Sorry from the new release to give you a taste of the band’s sound.