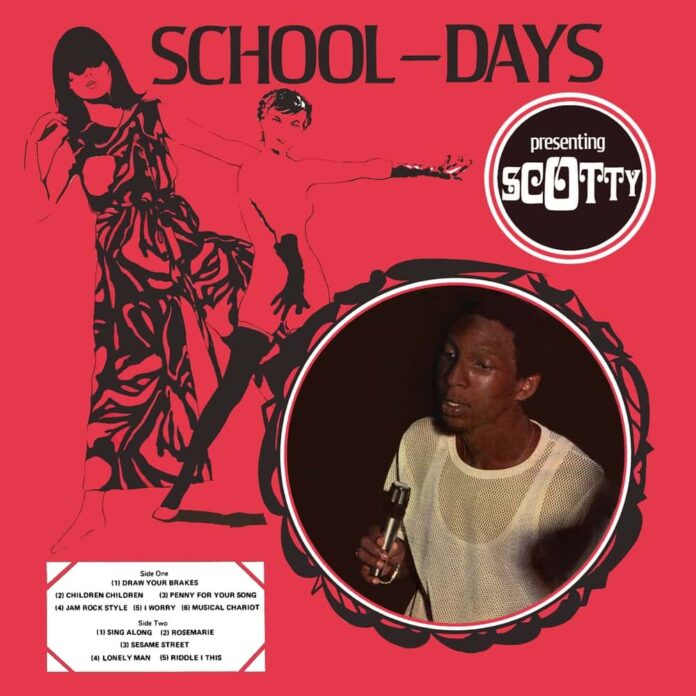 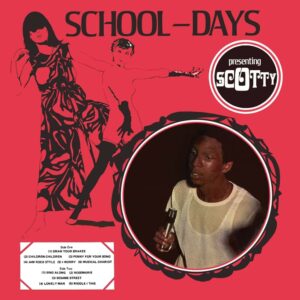 Reissue of the 1971 Derrick Harriott-produced album by ex-Federals/Chosen Few member David “Scotty” Scott, who cut several popular singles for Harriott in a DJ talkover style. Also included are ten bonus items, eight of which highlight The Crystalites’ rhythms that were used on the LP…Ian Canty asked to be beamed aboard…

Keith “Scotty” Scott first rose to fame in the Kingston music scene as the leader of popular vocal trio The Federals. The teenage Scott came together with Franklin Spence and Valman Smykle in 1967 and before long they were noticed by Derrick Harriott, who already had built a reputation as a producer of some note. Together they had a sizeable local hit with Penny For Your Song during the rocksteady era. After this breakthrough their later recordings struggled to build on that early success and lack of funds meant that Smykle absconded to New York, leaving The Federals in a state of flux.

Still under the auspices of Harriott despite their financial woes, The Federals brought in Noel “Bunny” Brown and Richard MacDonald. For this new line up they felt the need for a name change to move into the future, so they became The Chosen Few. Their big hit was Psychedelic Train (for a review of the album, click here), but then it was decided that Scotty should go solo, something which seems to have been done at Derrick’s suggestion. A re-jigged version of The Chosen Few went on to have some joy with a smoother blend of soul and reggae. You can read further about them by clicking here.

But what of their former frontman? In addition to his prowess as part of a vocal group, Scotty had developed a side-line as a DJ toasting over rocksteady rhythms, the style that was big news in the early 1970s Jamaica. Scotty, with his singing talents already established, used them as an advantage to give him an edge on the many shout and holler merchants who were good at getting the crowd going at a dance, but lacked the kind of melodic ability he possessed. The combination of these two skills meant he was very successful in this new venture, with Draw Your Brakes being among his most popular singles. It went onto to possibly being his best-known tune, some of it because of its undoubted quality and also due to it later featuring on the soundtrack of the film The Harder They Come.

Having all these hit singles in Jamaica it was only natural at the time that they were all rolled together to make up an album. Released in 1971 School Days…Presents Scotty is a great example of the early DJ style. Draw Your Brakes kicks things off with a totally cool and steady skank, the ideal DJ cut. This toast is set over the Keith Rowe & Tex Dixon’s Stop That Rain rhythm and the following and very catchy Children, Children is positioned atop the same artists’ rocksteady marvel Tonight. A lovely update of Penny For Your Song highlights Scotty’s excellent singing voice, a really sharp original reggae record.

Jam Rock Style is a wild and danceable toast and I Worry is also an excellent early example of the DJ craft, playing off the original recording Do I Worry by Derrick Hariott perfectly. Sing Along has a lovely, lazy feel and Rosemarie possesses a great organ line courtesy of The Crystalites. It does a lot of the work on what is a great reggae love song, where Scotty again spotlights his vocal prowess. His ode to kids TV programme Sesame Street’s DJ talkover sits above Derrick’s wonderfully cool and sad rocksteady era hit The Loser.

Lonely Man is another selection more in the song mode and a fine DJ cut built over the Solomon rhythm Riddle I This brings the Schooldays LP to a close. The sleeve of the album displays Scotty’s one of a kind sartorial style in full effect and this wraps around one of most pleasing and the best early DJ records, with every minute worthy of the listener’s attention and near-guaranteed to get one moving with its feelgood dance vibe. As a bonus we get two other Scotty tunes cut with Harriott, the slow paced and sweet voiced Monkey Drop which has some neat dub touches and the funky drumming Clean Race.

The final eight tracks here are The Crystalites’ original rhythm tracks used on the album. Mostly these highlight their instrumental talents, but there are frequent vocal interjections. For example Children, Children retains its voiced introduction and Penny Version is a largely vocal group piece. Elsewhere though you can sit back and admire the craft of the various instrumentalists, including some great bass touches on the easy tempo of Version Rock Style. The octet presented here act as a good companion piece to their recent collection The Undertaker (reviewed here).

Scotty only recorded fitfully for other producers after his break with Derrick Harriott. In 1972 he cut Skank In Bed for Harry J., but two years later he moved to the US for a spell. After a mostly unfruitful time stateside, he returned to Jamaica in the 1980s. He began recording again in the digital era for a variety of producers, updating his muse with a touch of ragga style. Sadly he passed away on 27th February 2003 from prostate cancer.

Scotty’s “singjay” style was very influential on many DJs from the late 1970s onwards and you can really hear him at his best on Schooldays. This album is vital, fresh and fun, always imbued with fine dance rhythms and real a personality. The bonus efforts enhance the package and we get a history of Scotty from Harry Hacks in the booklet included. It is a shame he never recorded more at the time, as he was one of the best DJs of the early 1970s. For a brief period Scotty really set the tone with perfect and cool toasting over great rhythm selections, a true master of ceremonies.