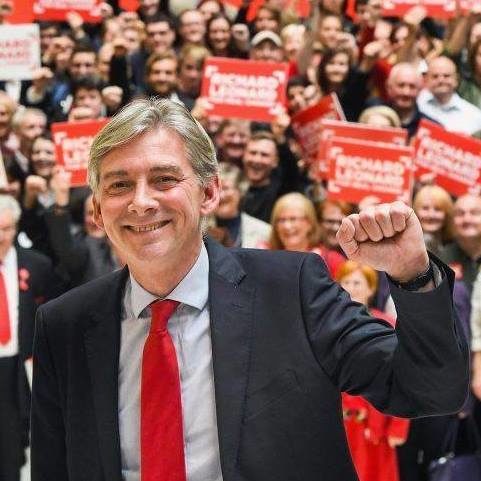 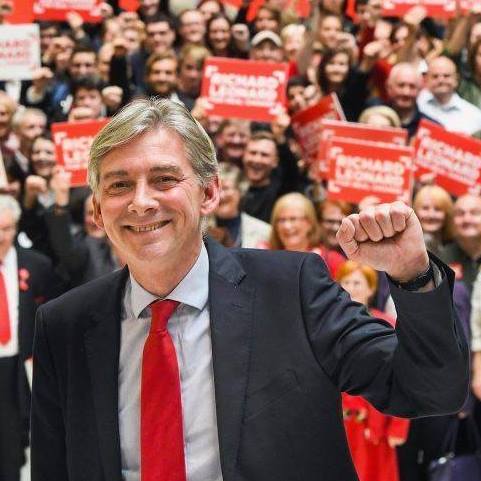 The election of Richard Leonard MSP to the role of Scottish Labour leader just over one year ago was a hugely significant victory for the resurgent left within the party in Scotland. Richard has lived in Scotland since 1980, when he moved north of the border to study at Stirling University. He is returning Scottish Labour to its socialist roots, developing a radical alternative to the austerity policies of the Conservative Government in Westminster and the Scottish National Party in Holyrood.

Richard Leonard:  This was an extremely difficult selection to make. Some songs are the soundtrack to memorable times in my life but most I picked because they simply represent, in my opinion, the perfect combination of inspiring music, uplifting lyrics and moving performance.

Bands like The Who, authors of my favourite album “Sell Out” are missing, as are the Velvet Underground, Patti Smith, The Clash, and Mott the Hoople.

Jackie Wilson’s 2 minutes 15 second b-side “Whispers” (Getting Louder) had to be relegated at the last minute. And there’s no room for The Bathers, Belle and Sebastian or Billy Bragg, whose “Between the Wars” remains the best hymn to socialism in modern times.

It is a list which might be revised in the future, but it captures the mood now, so for better and worse, here are the Top 10.

The best Stones album is the one before this: “Exile on Main Street”, recorded on the Cote d’Azur, but “Winter” is taken from its follow up, “Goat’s Head Soup”, which although much patchier, contains memorable songs like “Angie”, “Hide Your Love”, and this. It sends a shiver down my spine every time I play it.

It reminds me of the day I bought it in Scarborough, being driven home by my older sister looking at the cover and the inserts, coupled with the aromatic smell of crusty French bread.

The Third Bardo “I’m Five Years Ahead of My Time”

Mid 60’s American garage bands like the Thirteenth Floor Elevators, The Electric Prunes and The Seeds were a wonderful discovery at university. This New York band typify the energy and snarling vocals of the era, and take it to the next plane with a visionary idea: I’m five years ahead of my time!  The recording is hard to get hold of, but, Karen, my wife tracked it down for me on a mini-album containing everything the Third Bardo ever recorded: what a birthday present, that’s love and devotion.

Michael Kiwanuka “Tell Me a Tale”

Muswell Hill is more famous for the Kinks, (who could easily be here somewhere) but Michael Kiwanuka hails from this north London suburb and as there’s no time like the present, this precious piece of soul makes it to the list. It is something I heard in shops and bars and it took me ages to find it, but I finally did. It could have been written and recorded at any time over the last five decades, but it is remarkably only just over 5 years old.

Where to start with Jacques Brel, and how difficult to boil it down to one song. “Amsterdam” is more rousing, “Ne Me Quitte Pas” is more famous, “La Chanson Des Vieux Amants” is more emotionally moving but this is uplifting, lyrically amusing, and musically the coolest of all.

Written in four-four time, this is so evocative of France in general and Paris in particular, with its references to Saint Lazare and the Pigalle. Brel’s voice spars perfectly with the accordion. It couldn’t be anywhere else, it couldn’t be anyone else. It transports me there every time.

Part of the dreamy pastoral canon of the Small Faces. I love the feel of this and the inspired Steve Marriott vocals. A wonderful parting shot from a group who burst on to the world for four short years, leaving a much cherished legacy long after they left the stage. Years later, at the age of 44, Marriott died in a house fire in a small village just outside Saffron Walden, near to where I used to catch the train from Audley End station into London. In his day he was the best dressed mod in the land, and therefore a big influence sartorially. A good job my dad was a tailor.

Marvin Gaye was an exceptional talent wasted: shot down by his own father. I could have opted for “Come Get to This” which always gets me dancing, or the moody politics and inner city blues of the “What’s Going On” songbook, but this is our wedding song and it is Marvin and Diana.

Orange Juice “In a Nutshell”

When I arrived in Scotland, Postcard Records was on the rise and Edwyn Collins was its foremost creative talent. This is the moving and dramatic tale of a heartless mercenary set to a charming chorus. Legend has it that Nico was asked to sing on it, but she declined. Legend also has it that the band got together following an advert which read “New York group forming in Bearsden”! To my great regret I have no room for the Velvet Undergound in my top ten so this will have to suffice.

Paul Weller “She Moves with the Fayre” Villagers mix

I could have gone for an early injection of energy, or even poetry, by The Jam, but I love this version of this song from the recent Weller album: “A Kind Revolution”. For many people Weller became the spokesperson for a generation, and it was like a homecoming to see him at the last General Election return to the fold. He caught the mood well when he said of Jeremy Corbyn, “I just thought here is someone that could steer the Labour Party into what it should be about. It used to be about the working people, the working class. But more generally it’s about changing society…”.

Teenage Fanclub “The Town and the City”

This has to be included: it was the theme tune for my leadership campaign in 2017: it helped that Norman Blake was supporting me. This is taken from the Teenage Fanclub album “Howdy!”. I remember driving through Glasgow to a Labour Party meeting in Lanarkshire one Sunday night and the opening song from the album “I Need Direction” came on the radio, and I thought it was an amazing sound. It was the first time I’d paid them the attention they deserve and I’ve loved them ever since.

Backed by a small orchestra which plays for 70 seconds before Holiday enters the drama with those chilling lyrics, “Southern trees bear a strange fruit” this is one of the most intense songs and breath-taking performances put on record. Written by Communist, Abel Meeropol, and recorded in 1939 it is a violent story of racist lynchings, which casts up imagery which is haunting.

Perhaps the greatest political song ever recorded, Holiday closed her set with this night after night. Because simply nothing could follow it.

Many thanks to Richard for kindly sharing his Top Ten Favourite Songs with Louder Than War.

More writing by Gus Ironside can be found in his writer’s archive.