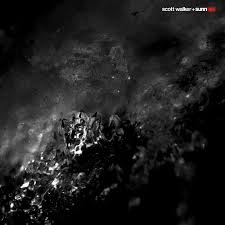 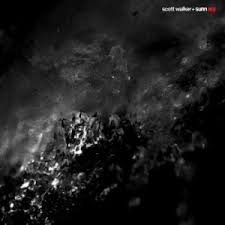 Scott Walker + Sunn O))) are natural collaborators on an album that will leave you laughing, crying and shaking.

This was always meant to happen. A project that didn’t raise one eyebrow of shock or trepidation, in fact when it was announced earlier this year, it was met with more of an “of course” and “this is going to brilliant”.

Fans of Scott Walker and Sunn O))) could instantly start to sketch the album in their head, the only real question being, would this be a pure Walker album in the style of Bish Bosch or The Drift with Sunn O))) used as a backing band? Or would we get a slab of glorious doom metal with Walker there just to add some vocals and lyrics to proceedings?

Well, now that the album has been heard it’s safe to say that Soused plays like a purely collaborative piece with each participant taking centre stage at various times as they create a work sublime in its dark, poetic beauty.

Musically, we are treated to the relentless and punishing drone which Stephen O’Malley and Greg Anderson have been enthralling and terrifying audiences with since their inception in 1998, but we also get wisps of straight four/four metal (Fetish); experimental guitar play (Herod 2014, which uses guitar to create scream-like sounds not unlike Throbbing Gristle’s Persuasion); Moog and synth flourishes that add warm pulses and textures which send songs in different and unexpected directions. Oh, and a bullwhip’s used as a rhythm device on the opener, Brando, played by Peter Gamble.

Melody wise, Soused is bathed in beauty with Brando and Bull playing like musical theatre. Walker delivers earworm after earworm and returns in some fashion to his celebrated 1-4 series of releases, his vocals swirling around your head, creating lasting memories. Lyrically, Soused continues his rich run of form with phrases that are at once disturbing and hilarious (“leaping like a Riverdancer’s nuts” and “spunk-stiffened tresses” the personal highlights)

Soused is everything you wished it would be, its cinematic scope making it perfect for succumbing to. It’s a truly majestic 55-plus minutes that will leave you laughing, crying and shaking, a world in which each and every one of us should enter. A strong contender (in a year full of strong contenders) for album of the year.

All words by Simon Tucker, find his Louder Than War archive here, and on Twitter.