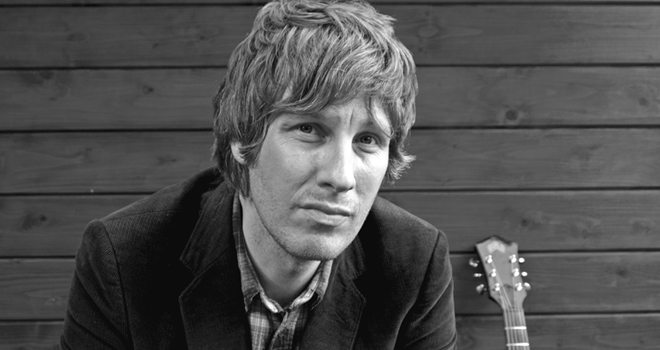 Scott Matthews has reached the point in his 10 year career where everything he does is rightly greeted with critical acclaim. He was in Bristol last week playing the beautiful St Georges Hall, from where Philip Allen reports back.

I normally find myself attending gigs in small sweaty environments but tonight, for one night only I am attending a show at Bristol’s beautifully regal St George’s Concert Hall mostly the home to classical performances. In all aspects this is a quality venue, the management, the ambience and acoustics are sumptuous. I was lucky enough to have caught support act, Gemma Hayes. An Irish singer and guitarist whose fifteen year career spans six albums and even winning the ‘Irish Tatler Woman of the Year’ Music Award in 2003. Tonight’s performance is spotless with added keyboard and backing vocals from fellow irish performer, Romy. Her songs are easy on the ear and don’t rely too heavily on her Irish folk roots. The main emphasis was her delicate vocals that accompanies her beautiful songs. When she pulled out a cover of Jackson Browne’s ‘These Days’, I melted away with the rest of the audience.

Ever since hearing Scott’s first album, ‘Passing Stranger’, he has proved himself worthy of his Ivor Novello Award which he won for his single, ‘Elusive’ back in 2007. Over the last ten years he has continued to steadily build a dedicated following, even collaborating with Robert Plant on ‘12 Harps’ which featured on his 2009 album, ‘Elsewhere’.

Scott and his band take the stage to great applause and in the humble way he is known for, he opens with , ‘Virginia’ off his newest album, ‘Home (Part 1)’. Along for the ride on this tour, Scott has put together a killer combo of consummate musicians. Cellist and keyboardist, Danny Keane begins with some very impressive arpeggios as if almost testing the acoustics of the room, it is subtle and classically dramatic in equal measure. Scott’s voice is like treacle upon the notes of his acoustic guitar as he lets the words flow with such distinctive sway. Older songs such as, ‘Elusive’, ‘Eyes Wider Than Before’ and ‘Sweet-Scented Figure’ are equally jaw-dropping continuing to sound as fresh as the day I first heard them. Keane’s swooping cello is accentuate by Double Bassist, Jon Thorne who plucks, bows and tickles his bass in time with the superb percussion, drums and Tableau playing of Sam Martin.

It is safe to say, they bring me close to tears a few times throughout the show, displaying the soulful emotion of Scott’s songs which are hard not to be affected by. The seriousness of his work is deftly counteracted by the dry humour Scott injects between the songs, creating a humble naturalness so hard to fake. Even though the newer songs such as, ‘The Outsider’ don’t tread any new ground stylistically, Scott’s strengths as a songwriter and singer shine through epically. If you get the chance, try and see him perform live as he will surely make your heart melt and he might even make you cry laughing too.