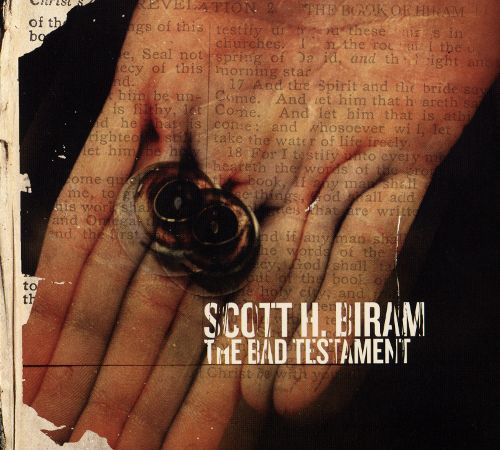 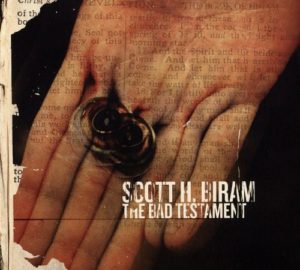 With the battle for America’s soul being fought, there can be no better artist to listen to at the moment than Scott H. Biram. Nobody sings about the dichotomy of the soul and raging demons better than Biram. And he’s been releasing albums since 2000, a Texas blues man for the new millennia, rampaging through show after show like a man possessed of an (un)holy spirit, laying down licks that Lightin’ Hopkins would appreciate, mixed up with the demonic growl and attack of a Lemmy. He’s a one man band tornado.

Bad Testament, his latest album, is aptly titled. This is music for sinners who long for redemption. It’s the conflicting allure of Christ and whisky. It’s music for the dirt poor whose lives stumble from tragedy to despair and who pray for a better life in the next world.

Biram is the real deal, his voice coated with experience, world weariness and that hope that keeps him going. As he sings on Set Me Free, he can find no reason for the pain, he is searching for redemption, something to set him free, something to unite the sinner with righteous ways. But later, on the track Righteous Ways, he declares that with all the drinking, gambling and suffering in mind there is no time for righteous ways. He travels through tortured days, but when he declares that he is Still Around, you better believe it.

Biram mixes up blues, folk and punk rock with the soul of an outlaw. Train Wrecker is a stomping rocker like The White Stripes on amphetamines. It’s as though Biram has let loose the demons and can barely control them; they run away from him with chaos and abandon.

That Biram can produce such beautiful, fresh music from one of the oldest forms is testament to his powers as a tune and wordsmith. This is dark blues Americana rising through the Texas swamps, fecund backwoods and the forgotten shacks of a people left to rot, with their dreams thrown by the side of a dirt road.

Biram writes with an ear for their stories, channelling forgotten and celebrated blues men and creating his own legend. He is a one man dynamo of blues punk and country metal. A folk troubadour examining his soul, and by extension his country’s, with brutally honest lyrics that raise the mundane into poetry. He might sing that he has no time for righteous ways, but his is one mother fucking good testament.