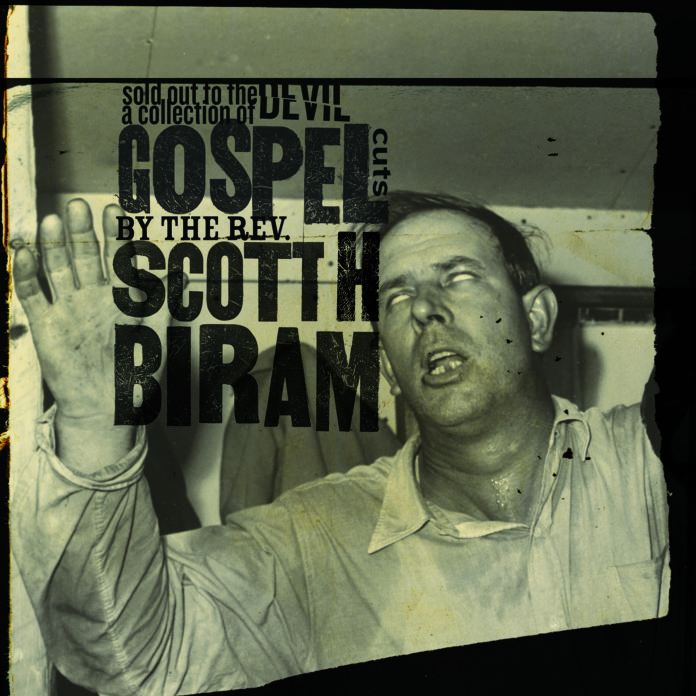 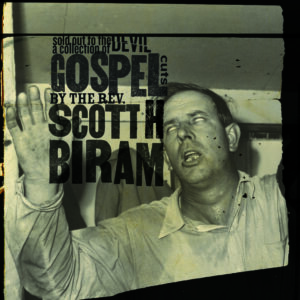 Since the beginning of the millennium the man known variously as Scott H. Biram, Hiram Biram, The Dirty Ol’ One Man Band and, as here, the Rev. Scott H. Biram has been producing his take on Texas blues that incorporates country, hillbilly, punk, thrash metal and gospel that once heard makes you wonder what value your musical taste was before you heard the One Man Band extraordinaire. Biram’s is an authentic voice of Southern Blues that pays tribute to, and makes utterly modern, the form. He’s always paid musical due to the gospel songs that infuse the rock and blues of the American South. Biram though gives us the gospel of snake handling, speaking in tongues, hell-fire preachers, whisky stained pews and a violent urgency in choosing hell or heaven. This collection brings together the God-fearing side of Biram and includes a previously unreleased cover of the Louvin Brothers’ Broadminded. It’s an album full of holy water and whisky.  Biram has always had an angel on one hand and the devil on the other when he plays that blues guitar and it’s anybody’s guess which one will win out. I suspect it changes nightly. As is so often the case with those tormented by the temptations of the Devil, they want salvation, but not just yet, not until after another whisky, another strip joint…

The album opens with a radio dial switching about the channels, and Biram’s voice comes singing down a wireless from an older time where the choices between God and the Devil were as real and as important as a good meal every day. The classic Get me Religion, written by Son House opens proceedings and makes a statement of intent. This is a song that’s been covered many times but Biram isn’t scared of that, it’s his heritage, in his blood to sing songs like this.  Biram’s version drags us down dirt poor dusty roads to the crossroads where we can sell our souls to the devil for finite years of pleasure and success or stay righteous and gain an eternity of paradise.

Biram then takes us for a ride around the Bible thumping, snake handling, crazed preaching, life or death, mercy or judgment that tears the soul of many a true believing but sin loving creature. It’s the singer-songwriter and his tormented soul as depicted by Johnny Cash and Nick Cave: that Southern hellfire gospel and blues. There’s the wonderful When I Die which is a blues song with a gospel edge and the traditional John The Revelator, that Biram turns into a sleazy sinful song; it showcases his great fretwork and his growl of a voice makes you truly fearful of John’s revelations. On Been Down Too Long, he sounds manic, driven, possessed as he makes his way back to paradise over the broken dreams of his own life. There’s the Texas blues of God Don’t Work (Like A Natural Man) with mouth harp playing like the holy spirit speaking and Biram’s frantic vocals like speaking in tongues, going so fast he can hardly contain the words and the words whoop and holler out of him. This is roadside shot gun swamp blues. And on I See The Light/What’s His Name there’s heavy distortion and manic blues tipping over into hard rock. Biram can hardly contain the song, like he’s riding a hell hound. This is someone who’s seen the light but keeps getting distracted by the whisky bars and the strip joints. It goes into a blues rap that sounds like some crazy guy at the bar telling you a fucked up story and you ain’t sure if he’s selling you Jesus or gonna kill you. Which maybe explains Gotta Get To Heaven which has Biram desperate to get to Heaven as fast as he can before the whisky and the cat house send him into hell.

The album closer is Amazing Grace, with just a little harmonica accompanying the voice. It’s hard to imagine anybody bringing anything new to the table on this gospel standard, but Biram sings it like a man who has seen the other side and is truly amazed that he could be loved and saved. He means it, man.

What Sold Out To The Devil delivers is the eternal conflict. The stories of blood and baptism. Of sin and redemption. It ain’t pretty religion. It’s down and dirty life looking for some religion and forgiveness in the dirt of the world’s sin.

I declare that the Rev. Scott H. Biram is one of the best bluesmen working in America today. Can I get an amen?