Home Blogs Scott Asheton top 10 drum moments from one of the greatest rock... 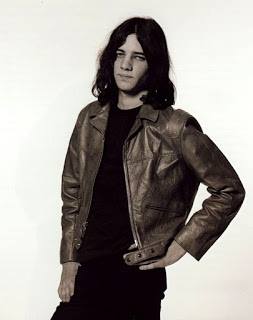 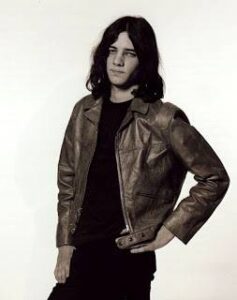 Scott Asheton who sadly died at 64 is, arguably, the heartbeat of the Stooges and by extension all great rock n roll.

Without the Stooges we would have nothing.

The band invented punk rock in the late sixties but their proto punk rush was far more sophisticated and smarter than they were ever letting on. Of course the charismatic Iggy defined the band and Scott’s brother Ron came up with that wall of sound- blues- fuzz thing that has been endlessly copied but behind the kit the stoic Scott was pounding away with a perfect genius that makes him one of the great defining drummers in rock n roll and gave him his nickname which is as good as Iggy’s – Rock Action.

The band famously went through some real animal house craziness with heroin and associated rock n roll madness but for about 5 years they somehow kept their muse and their astonishing records and brilliant comeback meant that at least they got their lap of honour instead of being left to rot in the darklands where most great innovators are left.

It’s very easy to over play in rock music but the real trick is to grab the heart beat and the Stooges and Scott were masters of this as the following 10 reasons show.

When they started the Sooges were pretty left field with a droning Hawaiain guitar and a blender on stage but to cap it all Scott played two big oil drums with metallic beaters- by default inventing industrial music ten years before Einsturzende Neubaten.

That little drum into to No Fun is so damn perfect- the way the drums do that tripping up thing- it always gives you a  surge of of adrenaline as it comes out of the vacuum and is one of the greatest ever drum intros to any song I can think of and then the drums sit in with the weirdly high mixed handclaps in the perfect groove as Iggy intones the greets ever rock lyric.

That shuffling clipped beat underneath the handclaps is pure funk- the liquid R.O.C.K. funk of all the great rock bands- it doesn’t like it should work but is yet more evidence that these were not just a bunch of Detroit droogs hammering out the first things that came into their heads but droogs who were immersed in free jazz and the dark arts of soul and blues and applying it to rock and making the complex sound simple and the sledgehammer drone riff have their own funk.

After the guitar has done its filth thing and hangs in the air like an expectant slavering mutant there is another perfect drum roll and then the skipping beat riding against that genius monotone one note piano line and the Pharaoh Saunders style tambourine- it’s pure groove- like James Brown’s funky drummers gone into a white noise no mans land.

The song is yet more perfect filth from the modern primitive extraordinaire and the drum fills at the intro that set the song up are a harbinger of the driving beat that hooks up with brother Ron’s perfect wailing blues on serious riff- special acknowledgement must be made of the bass line with is slinky beast and locks in perfectly with the drums.

Another one of Scott’s great off kilter drum breaks as he punctuates the Doors on even more acid bass riff and the honking funk of the sax- this was the Doors melted down to one gonzoid riff on the bass and the drums providing the only real sophistication to a perfect song.

This is a young drummer delivering barrel house performance of such driving ferocity that it’s making the compressors in the studio really sweat- Scott had the raw power that made the band so fierce- Iggy may have been the maniac and Ron armed full of killer molten melting riffs but Scott’s drums were providing the (raw) power.

Brought back to the band after Iggy and James were kidnapped by Bowie’s management- the Ashetons saved the third album putting the Detroit jams back into the primal rush- the drums may be mixed too low on the controversial album’s sound but, boy, they really delver the madness here with a superlative performance.

The slinky orgasmic meltdown of Penetration is given an added heartbeat but it’s Scott’s rock solid dancing bass drum that is the key, if slightly hidden part of the song.

The Stones with flicknives James riff is given that classic Scotty fractured assault- it’s such perfect piece of drumming that it’s hard to imagine the song being played by anyone else. As Bowie himself said of the drummer on the album… “You’re so primitive, your drummer should sound like he’s beating a log!”