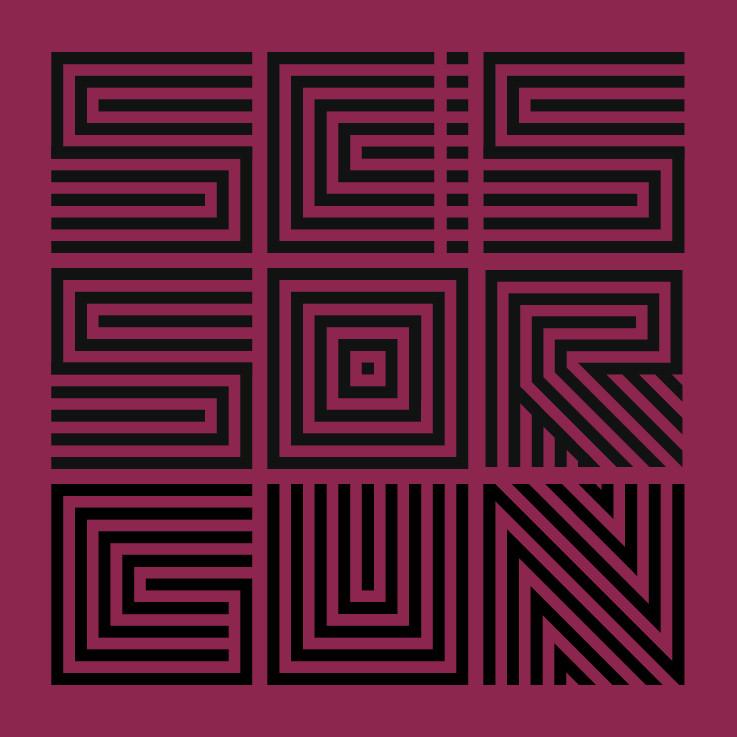 Crispy Ambulance/Illuminati spin-off aiming to provide “spontaneous music”, this new album is available in both 10″ vinyl and CD formats…..LTW’s Ian Canty hears futurist sounds rooted in both the participants’ past, but striving for an electric future…………..

Scissorgun (named after the Crispy Ambulance album of the same name, but I will keep mentions of them to a minimum I promise), less than a year old, furnish us with the first fruits of their labour with this seven track opus Assault Two. The combined efforts of Alan Hempsall and David Clarkson, this project is less about “songs”, more about moods and feelings. But even if it is experimental, for me at least must pass muster in being something good and interesting to listen to. Twiddling about without purpose is a pointless waste of time for all involved, even if it makes some sort of artistic statement.

Happily Scissorgun managed to provide something to get one’s teeth into and on occasion it can be weirdly catchy too. There’s faint echoes of, say Brian Eno and David Byrne’s My Life In The Bush Of Ghosts, but whilst Assault Two borders on “Difficult Music”, on occasion Scissorgun feel the need to drop into the oddest sort of catchy and addictive figure into their spontaneous sounds. Which makes me very happy.

As this album is seven tracks and in lieu of finding anything on youtube to demonstrate what this is all about, I think we can go through a track at a time to give you some sort of idea of the album’s contents.

Opening gambit Caballero is strangely trippy and almost Psychedelic, nearly becoming Synthpop on the way. Quite pretty even.

Bastard Son begins with a drifting soundscape with a particularly anguished spoken word/vocal from Alan emerging to take centre stage.

Even though wordless Dusting For Zika is quite moving, watery electronics with an evocative motif, its lovely.

Sahara Dream must be the joker in the pack – actually very danceable, processed noise and bass melding in an unlikely toe tapper

The Searching is more of a soundscape, gentle electronic blips and whispered vocal giving a dreamlike quality.

Bringing things to a close, Sahara Night Flight’s driving rhythm and distorted vocals leaves the listener with perhaps Scissorgun in its most aggressive form. It’s a full-on ending to a mini-LP which lurches neatly from beautiful to harsh noise.

The 10″ vinyl, which bought back memories for me of the Klark Kent album and Killing Joke’s Ha, has five of the tracks, but it comes complete with a CD which gives you all seven and adds up to an attractive package. All of which I hope gives you a little taste of what Assault Two is all about (the title a reference to the fact this is the second release on the Aural Assault label after the 1980 debut of Crispy Ambulance, oh damn!!). The best thing I can say is that I found it both intriguing and fun, which is two big ticks in the plus column when it comes to any music, spontaneous or not.