Home Blogs Scientist Get Ejected From Classical Concert For Crowdsurfing! 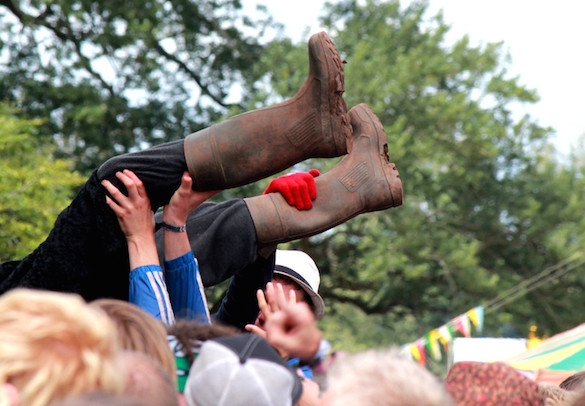 At Louder Than War we like science and we like music and we like a crowd surf so it was great to read about a  renowned scientist was who ejected from the Bristol Old Vic by fellow audience members after attempting to crowd surf during a performance of Handel’s Messiah.

It seemed like the scientist got a bit overexcited after the audience were invited to come to the front of the gig to ‘clap or whoop when you like, and no shushing other people’.

However, the theatre’s artistic director, Tom Morris, admitted that Dr David Glowacki had got ‘very overexcited’ during the Hallelujah Chorus.

The respected chemist was apparently seen by witnesses swinging from side to side, waving his hands in the air whooping before he tried to surf the crowd.

Dr Glowacki is a Research Fellow at the Royal Society and visiting professor at the prestigious US college, Stanford University.

Mr Morris had intended to engender an ‘accessible and informal’ atmosphere at this year’s Bristol proms.

Dr Glowacki has attacked the decision to force him to leave the concert by saying: ‘Classical music, trying to seem cool and less stuffy, reeks of some sort of fossilised art form undergoing a midlife crisis.’