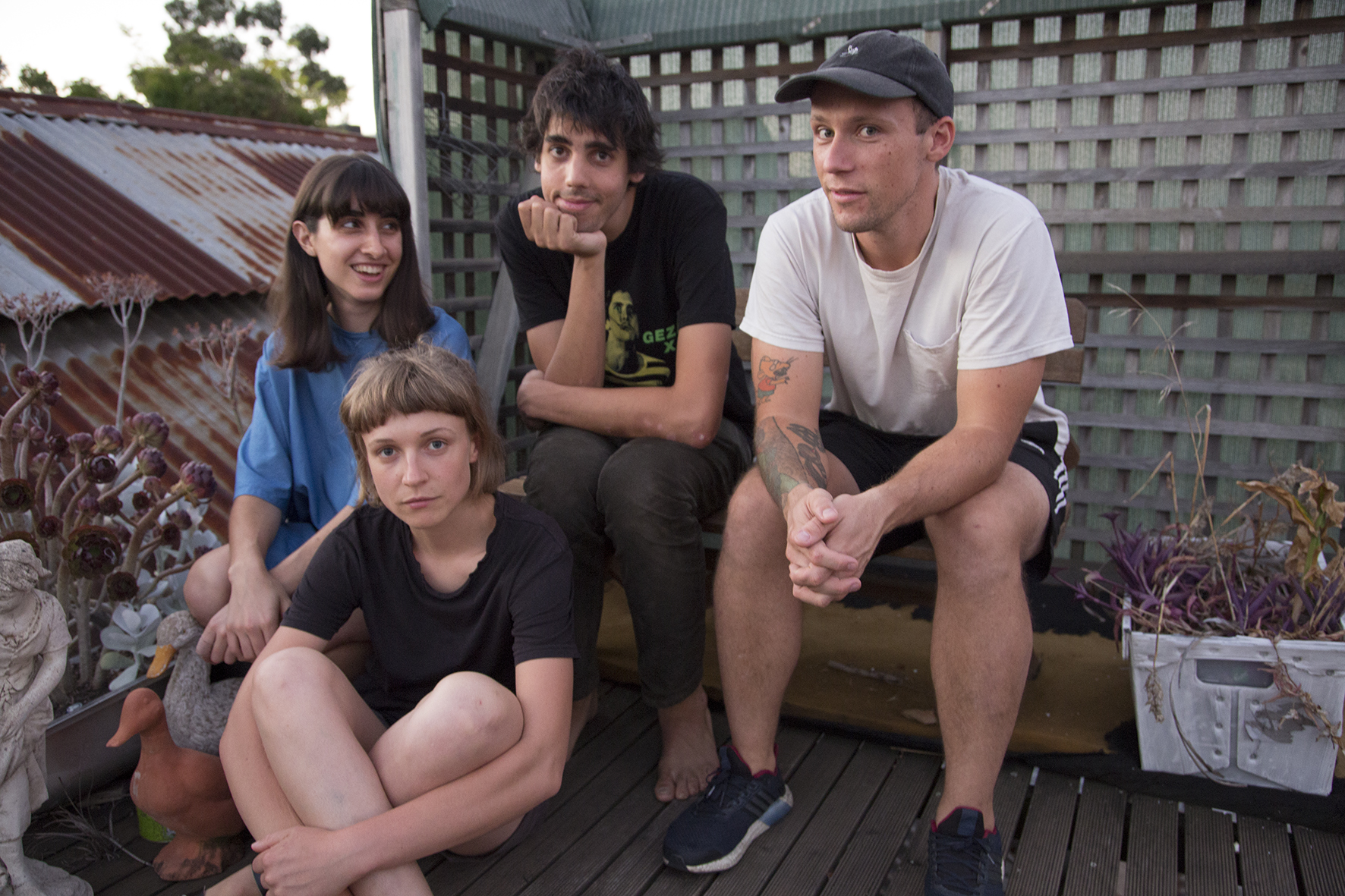 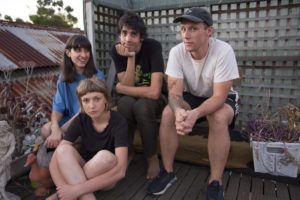 There’s an embarrassment of quality music bubbling up from Down Under right now. School Damage is the latest Oz sensation to thrill my ears. After a couple of low-key 7inches,  the band has just released their glorious debut full length via the faultless Chapter Music – purveyors of great taste and pioneers in Aussie goodness for a good two and a half decades now.

Most songs centre around an embracing keyboard sound that I struggle to define with any words other than “wonky”. But it’s good to have a gimmick. I mean, it’s good to have an instantly recognizable band sound.  And I just love the wonky keyboard.  It adds a naïve charm to the scratchy bubblegum garage pop proceedings.

Album opener “No Ideas” is a playful paean to the fact “every pop-song has been sung / every image has been drawn”.  Despite the warning,  School Damage effortlessly come up with the goods. The recent (digital) single “Tall Poppies” is an excellent example. One of those catchy earworms that you will no doubt be humming for weeks to come.

Many of the songs remind me of the excellent ‘80’s Aussie obscure pop band The Particles. Indeed I suspect it’s also no coincidence given one of the tracks on the LP is called “Particles”. Very cool, and of course, we all need to hear more Particles inspired pop music.

The keyboard appears to up the wonky-ante as the LP proceeds, and as a result, my favourite tracks are nestled toward the end of side two. My personal fave is “It’s Not Goodbye” which has a fragile pop framework, and that classy indie-adopted Shangri-La’s beat.

An endearing and immediate debut LP.