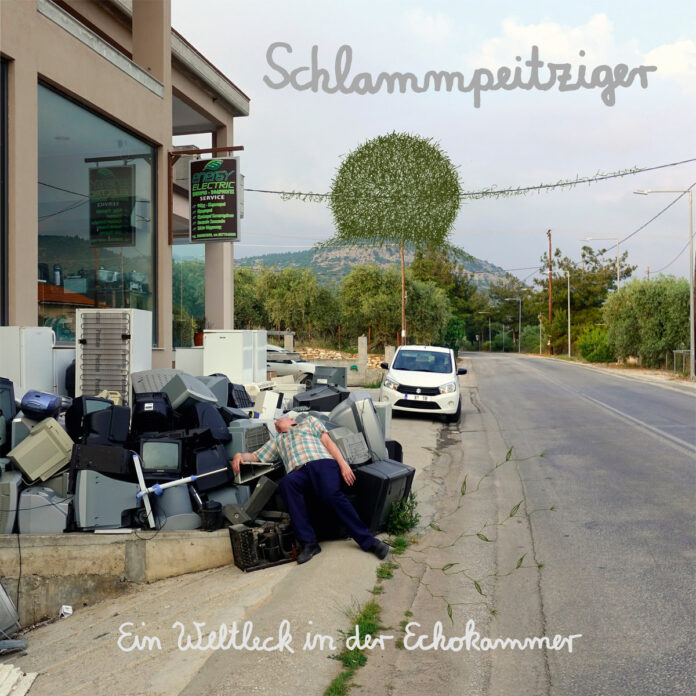 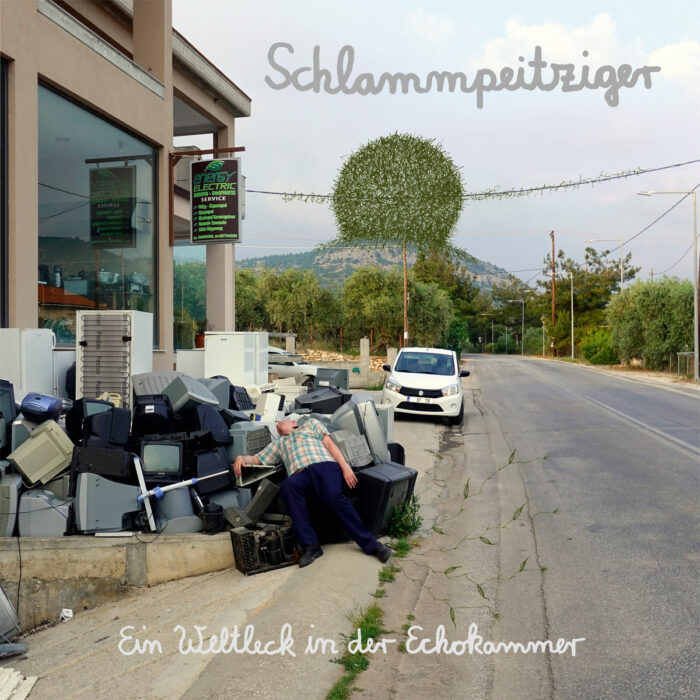 I’m not sure why but this record makes me feel very nostalgic for the feckless times we once lived in and wasted. Ein Weltleck In Der Echokammer is also very “German” release (in my humble opinion), packed with the witty urban pop with a lot of clever productional twists that can be heard on like-minded German labels over the last decade; such as Monika, Karaoke Kalk or Staubgold. It should be no surprise, then, to find that Schlammpeitziger – aka Jo Zimmermann – is a seasoned hand of his country’s alt-pop world.

The opening track, ‘Weltleck’ is a woozy, slightly morose ballad, too; the melody line trips over the beat like someone wearing flip flops for the first time. But it’s pleasant, and moreish, and never outstays its welcome. After this beautiful fumble we are whisked off on a great instrumental ride known as ‘Wohlwegwerk’; a lush travelogue that sounds – given the bleeps and blurts – quite a bit like a Mart Avi track. Instrumentals such as this, ‘Tanzfussfalle’ and the glorious ‘Wurfhalm Wiggo’ play an important role on the record, setting up long meditational passages that dovetail neatly with the funny pop moments. Some of these are dripping with a melancholy; for all the bounciness of ‘Hueftgoldpolka’, you can almost taste the sehnsucht…

The pop is found with cuts such as ‘Handicapfalter’, which is the most egregious appropriation of reggae and a bouncy pop beat you could wish for, and ‘Every Dayhey’ a list of how to get through a week in a busy modern city. How quaint this sounds now, in our collective Brave New World.

Still, this record, by way of its irreverence and belief in a mash up of soul, roots, dub and Easyjet electro-pop seems to exist in a permanent 1998-going-on-2008, is a merciful relief to listen to now; especially if you can remember those times. I for one love it and recommend it heartily.