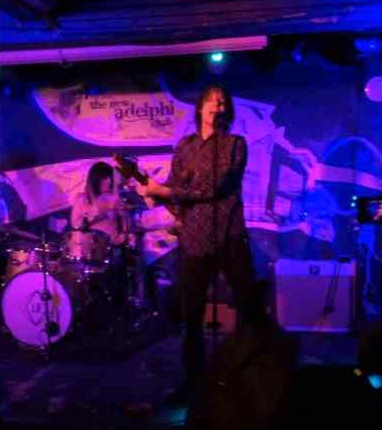 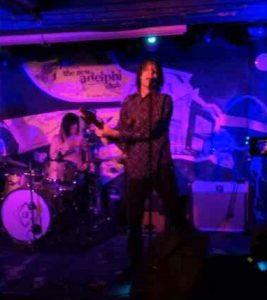 The Schizophonics release single In Mono and prepare to tour ahead of autumn album release.

San Diego band The Schizophonics have just released a new single, In Mono, on July 14 ahead of the release of their eagerly awaited album Land Of The Living on Pig Baby in September. The single is released on the Sympathy For The Record Industry label and is a typically exciting slice of garage rock psychedelia. Skillful screaming guitars and gutsy vocals drive this full-bodied slice of unadulterated, 100-mile-an-hour brilliance. The track oozes rockstar quality; it’s a supernova of sound.

The B-side, Clock Strikes 12, is more of the same – full octane rock. The guitars are really prominent here; the vocals less strident but as fine as ever. Frontman Pat Beers seems as explosive on record as he does live which seems barely possible. He gives everything he has and then some. With the relentless rhythm from Lety Beers on drums and everything held together by Brian Reilly’s bass, these two tracks typify their stunning musical persona.

In February The Schizophonics released the 10” EP Ooga Booga on Pig Baby Records. It includes the superb Two Thousand Seventeen, a fabulous slice of pop psychedelia; as catchy and vital as anything you’re going to hear this year. If you had any doubts about their live floorshow, the cover pretty much sums up the on stage antics Mr Beers gets up to, gravity-defying guitar playing and rock and roll gymnastics rolled into one.

These fine purveyors of 1960s style rock are one of the most energetic and engaging bands to see live and UK audiences are about to get the opportunity to do just that this autumn. Pat Beers is a fireball of uncontrolled energy. He electrifies the stage and often careers into the crowd like a musical shaman. It seems almost impossible that he can play such great guitar while flailing about like a man possessed. It falls to Lety Beers and Brian Reilly to keep things in some form of order, in which they never fail. Described as “Fuzzrock that makes you dance” by the band themselves, the Schizophonics play wicked retro rock and roll. In addition to gigs scheduled in Carlsbad, San Diego and Los Angeles in July and August, the band are playing nine UK gigs and two in Spain (full details here). It is going to be a crazy few months for this wild and truly entertaining band.