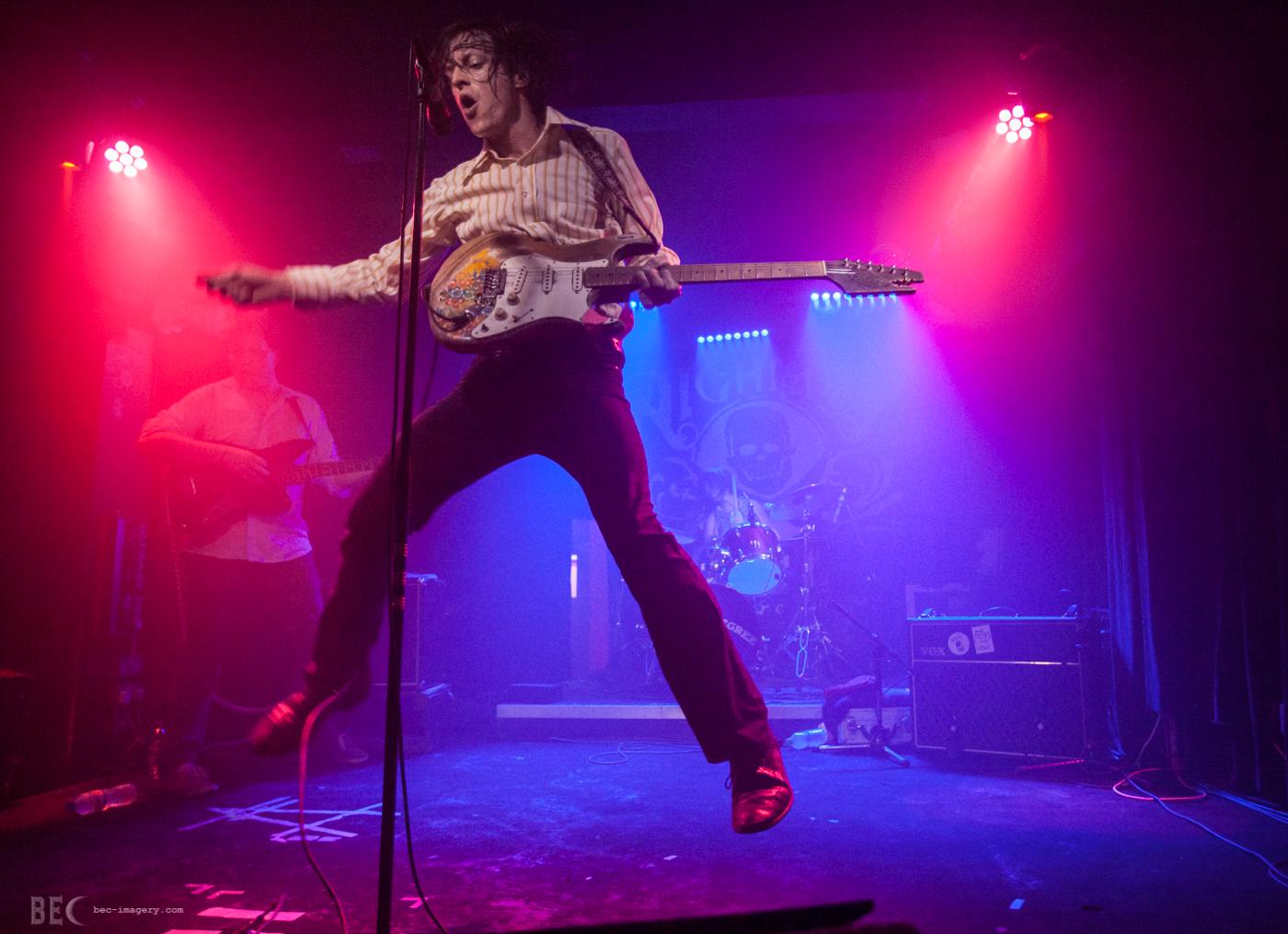 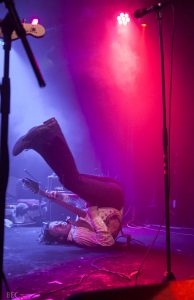 The Schizophonics bring a slice of San Diego wildness to the Night and Day Cafe in Manchester on their Funtastic Tour.

The sparse crowd who had made it to the atmospheric Night and Day Cafe on Oldham Street to see the first support were in for a treat. Saintts, originating in Doncaster and now based in Manchester, fused together different styles to provide a unique and surprisingly heavy set. Bouncing from melody to all out chunky metal in the blink of an eye, these are truly a band of the present, not afraid to meld styles of the past into something fresh and exhilarating. Each track had a distinct feel of its own. The set included The Bombay Blues and recent single Kai, which begins as a gorgeously melodic affair before the lush rock guitar explodes into life. Expect to hear much more about Saintts; real up-and-comers. 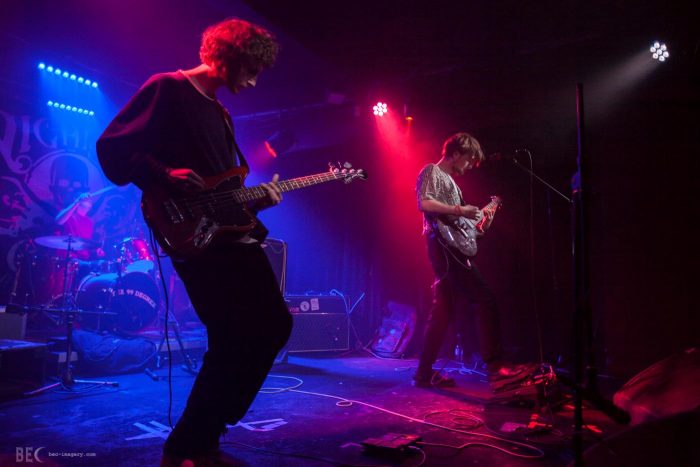 The 99 Degree were on home turf pushing out their dirty brand of northern surf. This is a shady world full of Spaghetti Western bad boys and Mancunian grey skies and none the worse for it. Dangerously good rather than bleak, their singer Joe compliments the music with his dark tales, bottle in hand, saloon-cool. Making the most of the boxed-off section in front of the stage he danced and swaggered through the set, backed by strong surf guitars and an insistent bass and drum combo. The anti-hero anthem Dead or Alive, The Banshee and Bed of Bones all had the audience on side and the free CD copies of their recent EP Boot Hill Surf Club were eagerly snapped up at the end of the set; new fans for this fine surf combo. 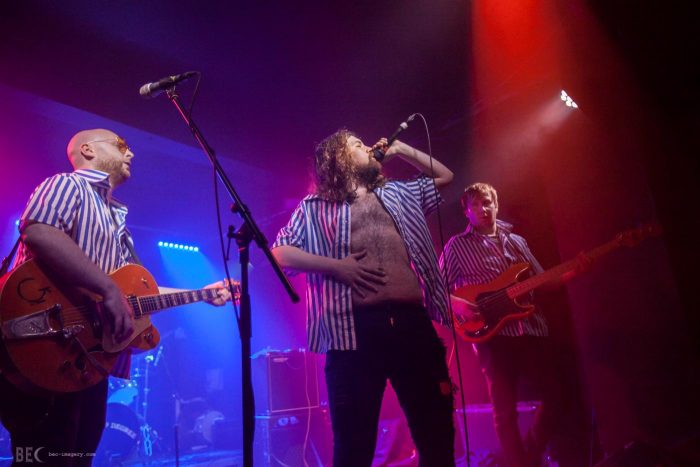 The crowd had slowly been gathering as the night went on and the room was full of expectancy for the headliners. Those that had seen The Schizophonics before understood the treat they were about to receive. The others could only look on, slightly dumbfounded as the whirlwind that is Pat Beers hit the stage. The music is garage rock of the highest order. The energy of the vocalist is at another level altogether. Never still, he rips through the set, punctuating the raw, stunning music with leaps and acrobatics that you really need to see to believe. This is a special live performance and the band as a whole give it their all. Lety Beers drums like a wild woman, and the bass pulls the proceedings together giving the untamed wildness of their frontman something to tether his well-placed guitar  chords and frantic vocals to. This all comes out as really great to listen to as well as see, which is miraculous, taking into account the time Mr Beers spends either doing the splits or leaping in the air as he plays. The crowd really got behind the band and the reception was rapturous. With older tracks like Ooga Booga and Rat Trap interspersed with newer material such as the finishing song Something’s Got To Give, the set just got better and better. The Schizophonics thanked the crowd for coming out to see them on a Tuesday and seemed a little shocked at the love the crowd were showing for their set. All I can say is Manchester knows quality and showed its appreciation accordingly.