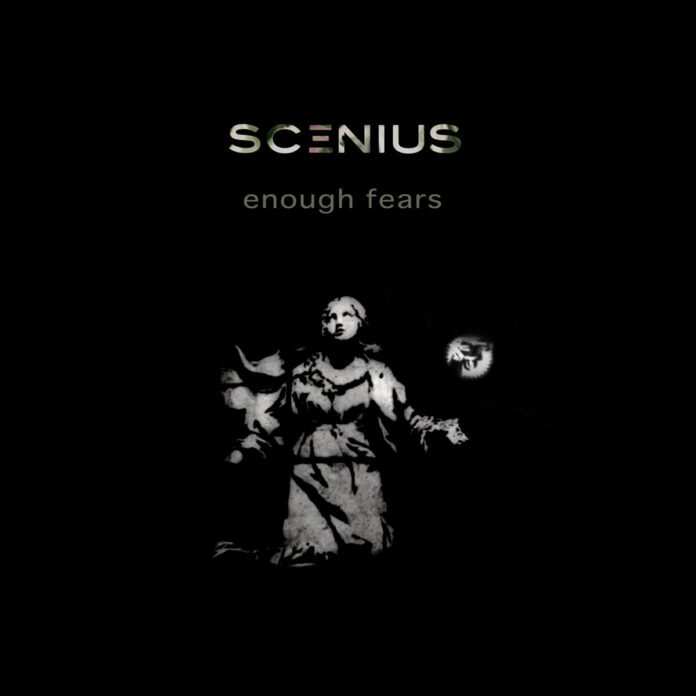 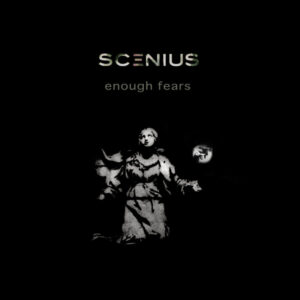 Blending the spirits and sounds of vintage electronica with a modern approach, Scenius have created a dark-pop debut that is well worth checking out. Gordon Rutherford reviews for Louder Than War.

Steve Whitfield is a man who knows his way around a studio. Over the years, he has been involved in production duties for a multitude of artists, including The Cure, The Mission, Jah Wobble and Yann Tiersen. Now he has moved to the other side of the glass, armed himself with a cornucopia of vintage synths and rhythm machines, and teamed up with French singer Fabrice Nau to form Scenius.

Scenius’s debut album, Enough Fears, is a delightful throwback to the early eighties, when electro-pop ruled the world. Heavily influenced by the likes of Kraftwerk, Depeche Mode and OMD, Enough Fears is a veritable box of delights packed full of catchy melodies and infectious beats. That said, it’s not all sweetness and light. Simmering under the surface there is a definite post-punk influence detectable, bringing a hint of shade. An interesting example of this occurs on Wild and Wooly, where it sounds like someone has got Interpol together but taken all of their guitars away and replaced them with synths. It has that dark, futuristic, post-punk feel to it.

Because of that, Enough Fears doesn’t feel too retro. It feels like an album of the times, one that fits our modern world rather than a bland rip off of what came long before. Whitfield’s outstanding production and song-writing skills ensure that the tunes sound fresh and topical and, refreshingly, Scenius are careful to avoid sounding clichéd.

Enough Fears is an album that adheres strictly to the old showbiz adage that proclaims an artist should start and end a show – the moments that would live longest in the punters’ minds – with their strongest material. I’m not sure if it was consciously applied, but it seems like that principle was top-of-mind in determining the running order for this collection.

The album opens with a bang. Make It Shiny is classic, vintage early eighties electro-pop. It’s a dark, majestic banger that immediately gets you in the mood. The Kraftwerk-esque sweep of Some Of Your Nights immediately follows, with Nau’s accented vocal bringing character and an aura of European sophistication. As an introduction to any album, those two tracks are exceptional and they whet the appetite perfectly.

Let’s now fast forward to the final track, my personal favourite on the album. Darkest Lines announces itself with an utterly memorable hook and an incessant throbbing beat. It evokes the halcyon days of Steve Strange, The Face and Blitz and is a quite magnificent closer to this collection.

However, in between that strong beginning and outstanding ending, Enough Fears is dotted with inconsistency and some of the material in the middle of the album felt a little like padding. For example, both the title track, Enough Fears, and Stark Relief reminded me of Architecture and Morality period OMD. Now, I have never been particularly enamoured by the over-earnestness and pomposity of that period of OMD. It’s all wooly jumpers and no soul and those two tracks in particular felt a little ponderous and safe. Just too OMD.

Despite that, Enough Fears has enough good moments to keep us fully engaged. The (almost) instrumental, Held, is reminiscent of Julee Cruise and Angelo Badalamenti’s compositions much favoured by David Lynch. It is deliciously dreamy and atmospheric. Superposés, which Nau sings in his native French, suits the overall glacial Euro-feel perfectly. It is elegance personified. Cookie Cutter is built on a cracking melody that will force you to hit the dancefloor.

Taken as a whole, Enough Fears is a very good debut by Scenius. As you would expect from someone with Whitfield’s CV, it is flawless in its production. It is musically brilliant and Nau’s vocals are unique and ooze personality. It’s an album that has some outstanding moments, some very good ones and a couple of less memorable tunes. But it shows great potential and it’s certainly worth checking out. Moreover, it’s strong enough to make me want to hear more from this duo in the future.

You can purchase the album is available from Bandcamp