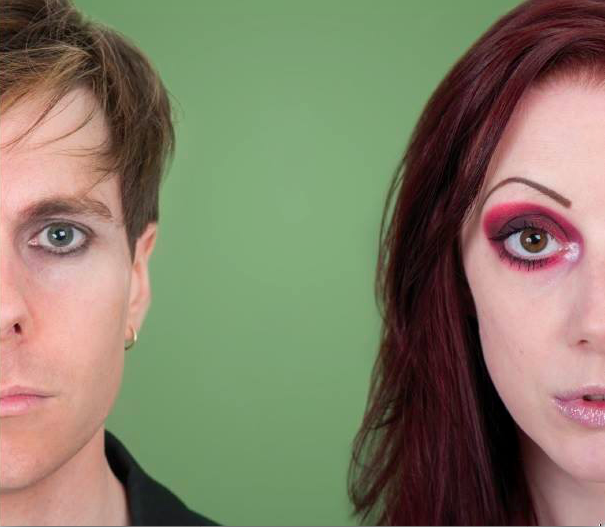 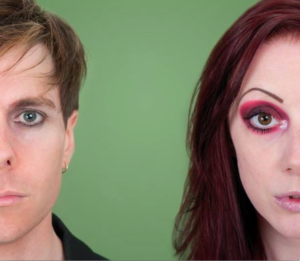 Scarlet Soho are James Knights and Scarlet. To celebrate the release of their forthcoming third album  “In Cold Blood” we asked them to pick their Top Ten Electro-Pop Favourites.

Democratically, they picked five each.

“I’m not very good with genres so I’m sure someone will call me up on these being ‘synth-wave’ or ‘italo-noise’ or ‘electro-splash’ or ‘robot-wank’ or something else I don’t understand, but so be it. These are some electro-pop gems I DJ, some better known than others! I’m hoping James puts some Erasure in because I couldn’t settle on a track!”

I out-and-out love Blancmange. I only got into them relatively recently, for no other reason than I assumed they’d be rubbish because of the name. This track is an absolute banger, there’s nothing I don’t like about it. The drums sound great, every synth sound is timeless, and they are one of the few electro-pop acts of the era that don’t take themselves too seriously. On the rare occasion I DJ, this track will always get played. Great live too.

2. Scotch: Take Me Up (single version)

James is the Italo fan out of the two of us, I usually find it a bit much. But this is a great track, it’s pretty laid back. Talking of which…

The coolest song about heroin ever written. I picked this version because the drums are wonky at the start. And it’s got swearing in. Hot Chip made a career out of ripping them off, but I like Hot Chip, so I don’t care.

You can’t not have New Order can you?! I chose this mix because it’s almost 7 minutes long. If there was a 70 minute version I probably would’ve chosen that. I love Bernie’s slurred vocal delivery, the orchestra hits and programming are scrappy and brilliant at the same time. The whole song makes me want to dance and burst into tears simultaneously. I bought James ‘Substance’ by New Order on CD for his birthday soon after we first met. He has worn it out. Twice.

5. Grafton Primary: Records For The Righteous

Starts in a pretty unassuming manner then comes in with one of the most joyous programmed basslines I can think of. It’s a song where everything has fallen into place production and mix-wise. It also riffs on Eye Of The Tiger by Survivor, which gets a thumbs-up from me.

I’ve been really up for this idea since Ged first mentioned it to us. Of course, it’s hard to cover all the bases with just 5-10 songs. So I’ve tried to include the most inspiring, and some that bring back the best memories for me.