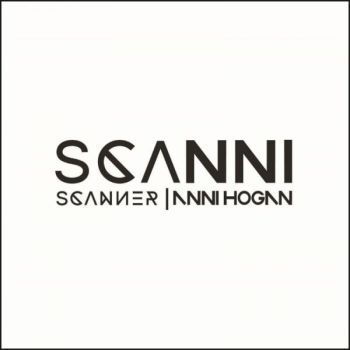 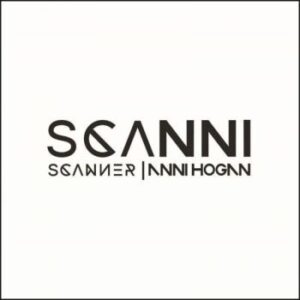 An interesting meeting perhaps of pianist and arranger Anni Hogan (famed for her work with the vastly underrated Marc & The Mambas) with musician and sample Scanner (Robin Rimbaud). A partnership which holds much intrigue and interest, and one which maybe has a lot to live up to before even a note has been played.

The resulting ten tracks, nine of which feature a guest artist were exchanged digitally between the two parties over a period of two years. This method of recording is of course advantageous and can create interesting results. The opening track A Life Well Lived has some sumptuous vocals from Kate Smith of Barbieshop over a happy-go-lucky beat and seedy trumpet maybe reminiscent of early Soft Cell work. It’s a promising opening although maybe could have been trimmed by thirty seconds to avoid starting to sound repetitive.

Smith also features on two other tracks, the simple piano heavy Mine Was Full Of Tears in all its haunting beauty, and a duet with none other than Kraftwerk man (machine) Wolfgang Flur who provides spoken voice over a view of Hastings. It offers a lovely interlude towards the end of the album and again features the trumpet of Louis Armstrong mentored Enrico Tomasso.

When the non-meeting of the pair works, it works well, but sometimes it is obvious that two tracks have almost been ‘forced’ slightly and don’t always work. One such track is Future with Jennifer John. With hints of Alison Moyet, she provides strong vocals over a backing which doesn’t quite seem to fit. Her other contribution on Glorious seems to work better and the singer who has worked with the likes of Elton John and George Michael is able to show off a quite remarkable voice.

One other such voice sees the return of Thomas Lang (Alone and With You In My Life) whose 1987 album Scallywag Jaz sparked incredible interest in a voice that actually gave justice to Bill Paul’s Me And Mrs Jones. His two vocals are faultless and the jazz-pop man contributes two of the albums finest tracks particularly the later which closes the album stunningly.

Remaining vocals come from Jarboe of Swans whose angelic tones add uplift to Carelessly and Cinecitta (Feel Everything) which are haunting balladesque moments.

Scanni is a brave album containing some elegant alternative pop the like of which is rarely heard, and shows great promise for a partnership that can bear some intriguing fruits in times to come.