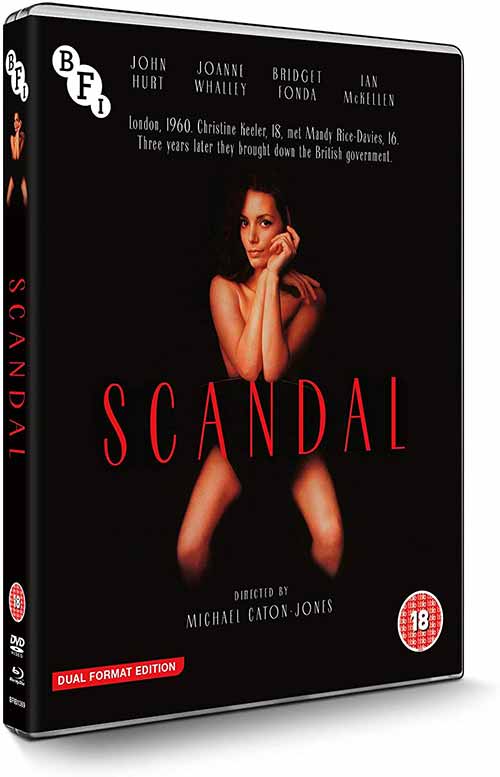 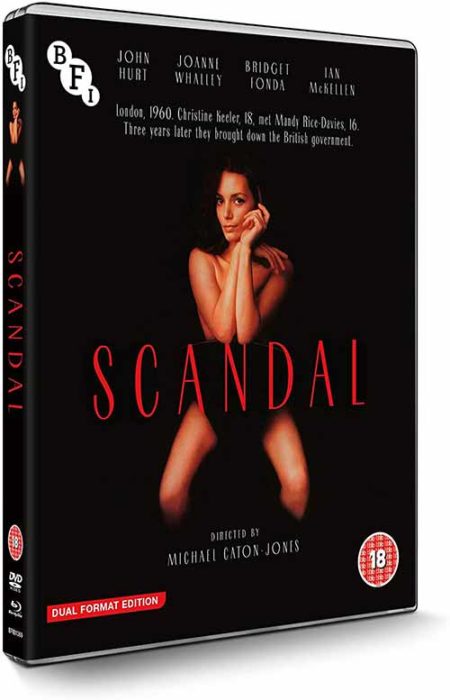 Jamie Havlin examines a controversial 1989 drama focussing on the Profumo Affair, a scandal that gripped the nation and rocked Britain’s establishment in 1963.

A pair of teenagers helping bring down the British government might strike many as far fetched, but this is what arguably happened with the Profumo Affair.

Britain on the cusp of the 1960s certainly isn’t swinging. Soho is home to a network of upmarket ‘exotic’ revues and these seem to be as risqué as it gets. It’s in one of these that Christine Keeler (Joanne Whalley) finds employment as a showgirl. And this is where Stephen Ward (John Hurt) first comes across her as she dances to She Wears Red Feathers (and a Huly-Huly Skirt). He’s instantly smitten, and it’s easy to see why.

Stephen is charming and incorrigible but also naive with a sleazy streak. He has connections to many in high and not so high places. These range from slum landlord Peter Rachman through to Russian attaché and possible spy Eugene Ivanov. He soon introduces Christine and fellow showgirl Mandy Rice-Davies (Bridget Fonda) to these men. This is how he gets his vicarious thrills. Despite adoring Christine, this voyeur never sleeps with her.

Most significantly, he helps hook Christine up with cabinet minister John Profumo (Ian McKellen), a man tipped as a future PM.

This liaison will set in motion the country’s most notorious ever political scandal, the shock waves from which were still reverberating as Michael Thomas completed his script. 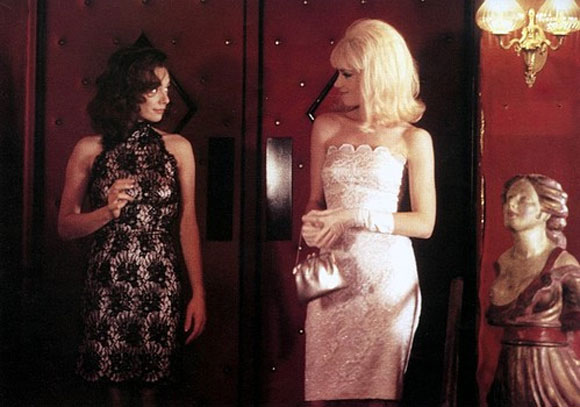 Scandal was exec-produced by American Joe Boyd, the (musical) producer of early Pink Floyd single Arnold Layne and a man synonymous with 1960s counterculture. Boyd first met Australian Michael Thomas when Thomas interviewed The Incredible String Band in the late 1960s for an underground magazine. It would have been easy to imagine this pair of outsiders delighting in putting the boot into Britain’s ruling class.

The tentacles of the establishment then as now are wide. The Queen Mother and Margaret Thatcher were still very friendly with Profumo during the 1980s. The latter once going as far to describe him as ‘one of our national heroes’. Undoubtedly, some of his influential friends were keen to shield him from the possibility of having his name dragged through the mud again. He himself rejected the idea of co-operating with anybody involved in the production.

Originally conceived as a three-part television drama, not one British TV production company was prepared to commission the idea, despite its obvious dramatic potential. The BBC were very interested but that interest was dropped abruptly when their Board of Governors discovered the subject matter.

Thankfully Palace Pictures, then seen as the bold and even brash new kids on the British cinema block, were prepared to back the project as a film, giving Michael Caton-Jones the chance to make his first feature. 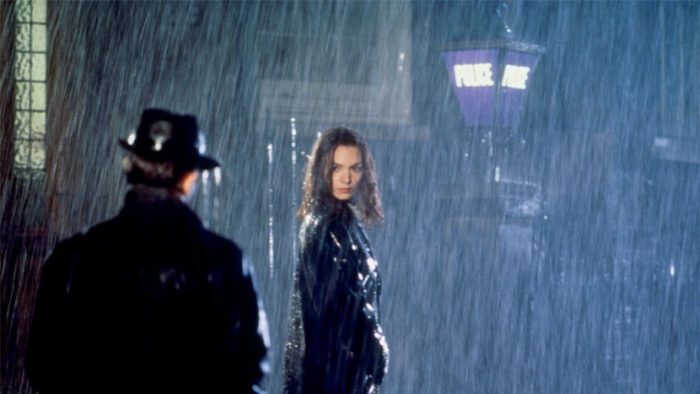 Even at this early stage in his career, the Scottish director demonstrates an impressive visual flair and the ability to get the best from his actors. Joanne Whalley has never been better onscreen. John Hurt‘s performance is right up there with his best work. Ian McKellen always convinces as Profumo in spite of his sometimes unconvincing hair, and the drama is imaginatively cast from top to bottom. Look out for cameos from Roland Gift (then riding high with Fine Young Cannibals), Britt Ekland and even Hilda Ogden – I mean Jean Alexander.

Caton-Jones did feel the decision to select Bridget Fonda to play Mandy was foisted on him purely to help gain a Stateside audience but she shines too and was nominated for Best Supporting Actress at the 1990 Golden Globes. Sadly, John Hurt, Joanne Whalley and Ian McKellen fared less well on the awards front. BAFTA snubbed Scandal in every one of its categories.

Three decades on and with Profumo, Ward, Keeler and Rice-Davies all now dead, any objections to a Profumo TV drama obviously hold far less sway in Britain. BBC One recently screened the six part series The Trial of Christine Keeler without any real brouhaha.

Some files relating to the post-trial inquiry remain confidential, though. They will remain so until 2048.

See a clip of Scandal here.

This BFI release will bring Scandal to Blu-ray for the first time worldwide. Special features include The Minister, the Model & the Russian Spy: Making Scandal (2010); two separate commentary tracks; interviews with producer Stephen Woolley and Michael Caton-Jones; a video for Dusty Springfield‘s Nothing Has Been Proved, and The Riveter (1986) a short by Caton-Jones, made while he was a student at the National Film and Television School.