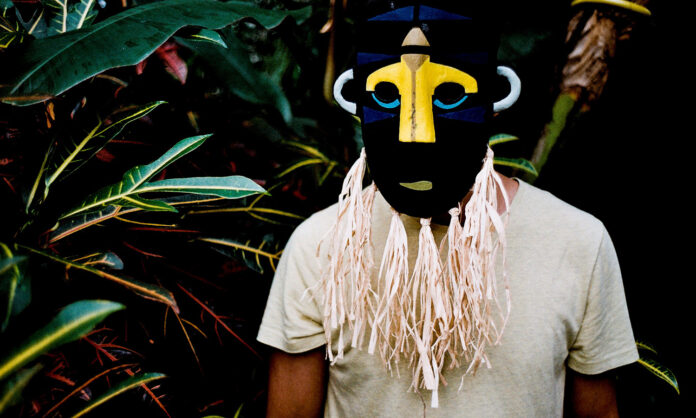 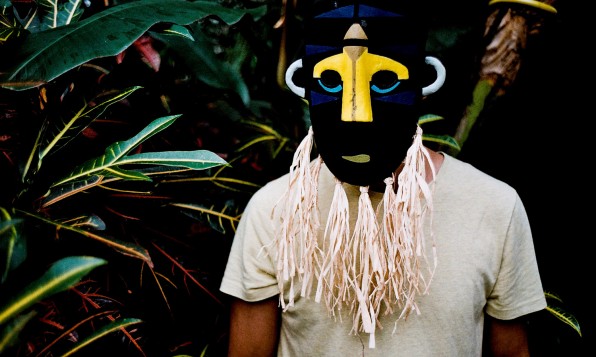 It’s been a long three years since the extravagant self-titled debut from the man behind the tribal mask. Self-taught producer Aaron Jerome, who goes by the name of SBTRKT, stopped off at Nottingham’s Rock City on his triumphant UK tour.

Earlier last week SBTRKT released his second album, ‘Wonder Where We Land’, featuring an unexpected range of guest collaborations including Vampire Weekend’s Ezra Koenig on hip-house and favourite ‘New Dorp, New York’. Electronic music in concert can either go two ways, drastically wrong and dull or engaging, euphoric and exciting. Tonight, all that dashing to and from complicated equipment paid off for London-born Aaron, as he achieved the latter.

The 17-song setlist kicks off with ‘Paper Cuts’ featuring on the deluxe disc of his latest album and was shortly followed by ‘Never Never’ featuring Sampha (now turned Drake collaborator) who was sadly nowhere to be seen – despite featuring on some of his most loved tracks. Instead, the audience is greeted again with his supporting artists when Rapper and previous support for Outkast, Raury, comes on during ‘Higher’ before soulful Denai Moore later graces the stage for new single ‘The Light’.

Amongst Aaron’s flick-switchin’, finger-trippin’ and knob-hoppin’ (which must be difficult whilst wearing a mask) he still finds the time to encourage the crowd to keep up with the floor-bouncing for classics ‘Wildfire’, ‘Pharaohs’ and ‘Hold On’.

The crowd quickly have a chance to cool off and wipe their sweat before Aaron, his drummer and female multi-instrumentalist return for their encore featuring a remix of Radiohead’s ‘Lotus Flower’, ‘Something Goes Right’ and up-tempo ‘Right Thing to Do’ featuring Jessie Ware.

This is how electronica in concert should be.

All words by Lucy Thompson. More from Lucy can be found at her Author’s Archive.