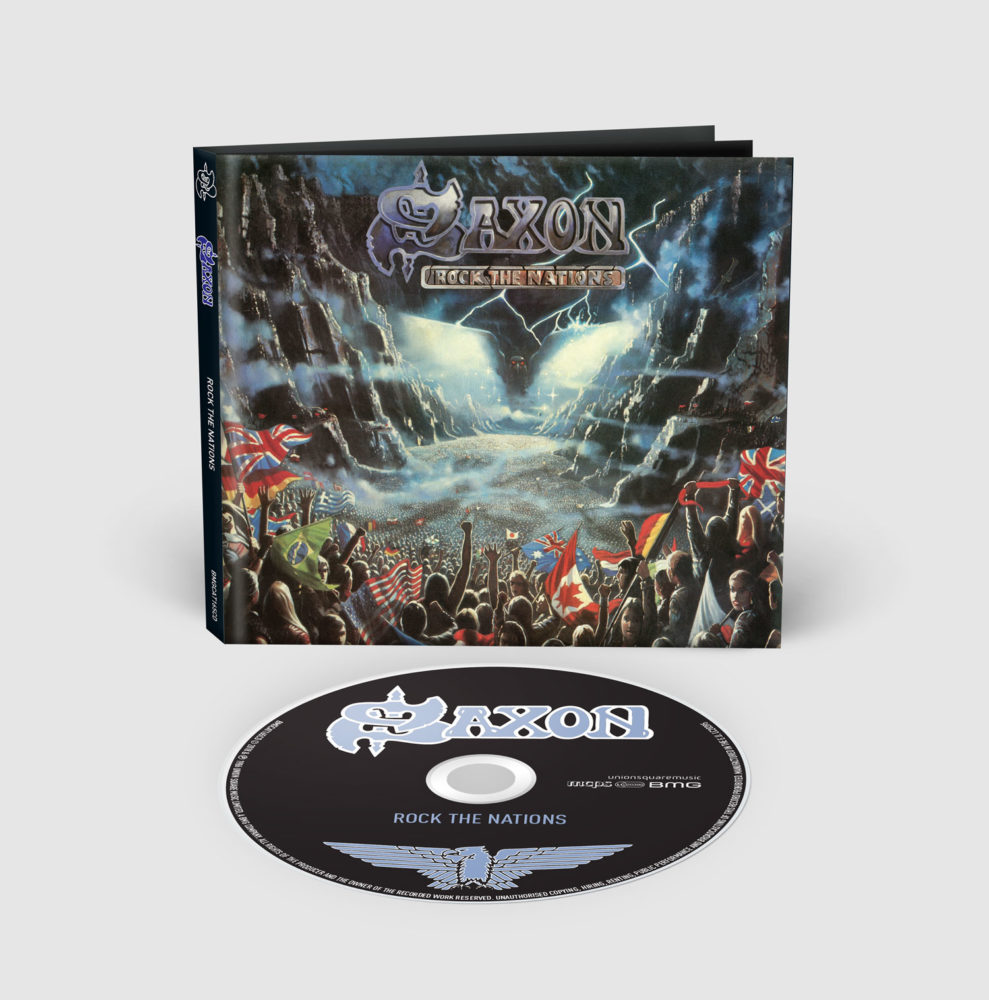 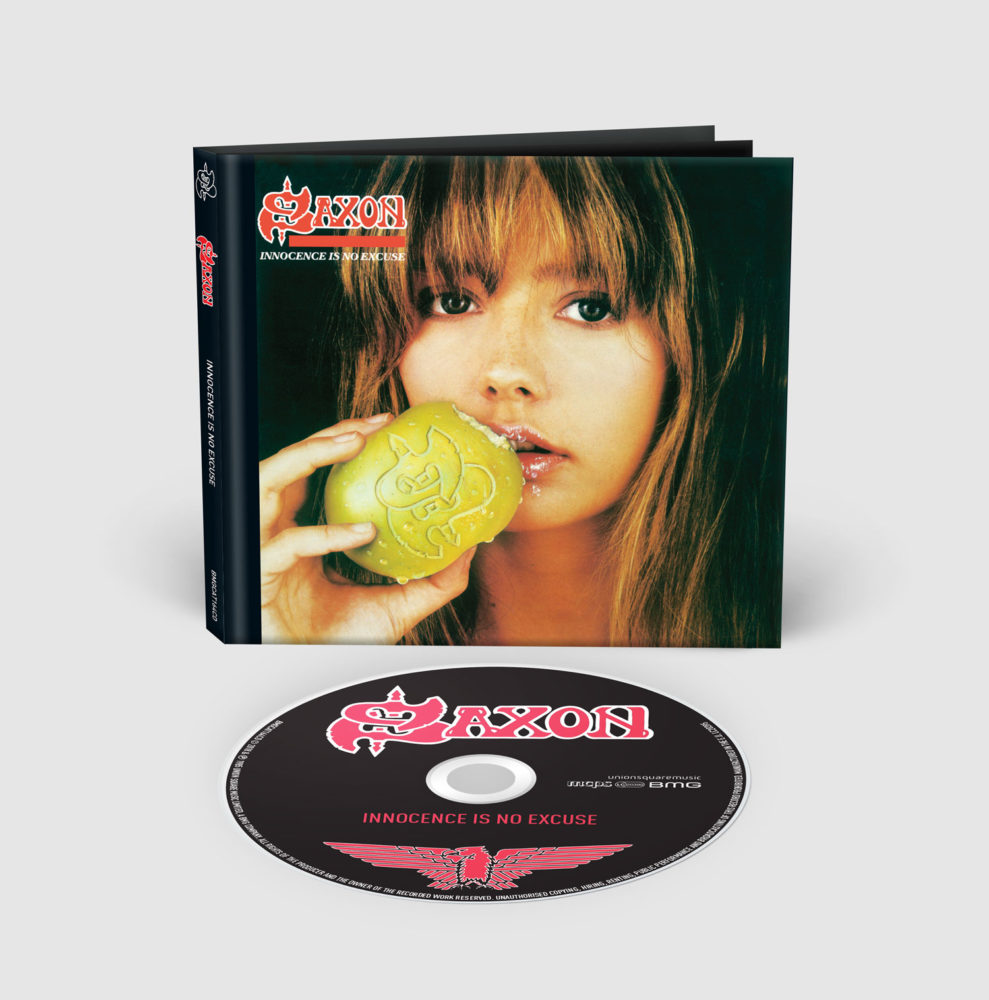 INNOCENCE IS NO EXCUSE / ROCK THE NATIONS / DESTINY

The series of reissues of the Saxon back catalogue continues its relentless course.

Next!… Three more in the Saxon reissue series attempt the rather tricky task of following on from the previous Denim & Leather led set of three – no mean task. Although even by mid eighties standards where the likes of Bon Jovi were leading the general glamming up in the hard rock/metal scene both visually and musically, even our Biff did succumb to a bit of spandex and a blond rinse job.

Picking up where we left off last time (the second set of reissues reviewed here), we find Saxon eager to impress their new label EMI. Innocence Is No Excuse from 1985 came with a cover that frankly wasn’t very metal yet bearing in mind the old adage of not judging a book by its cover, it’s one that divides fans. The previously hinted at shift on Crusader, from the raw Yorkshire metal to a more commercial direction and the lure of the American market, was strong although cracks were beginning to appear and the tensions led to the end of the first incarnation of the band with the departure of iconic bassist Steve Dawson.

However, sticking to their guns, titles such as Rockin’ Again, Rock N’Roll Gypsy, Devil Rides Out and Raise Some Hell are instantly recognisable and archetypal Saxon although the polish glints uncomfortably brightly on Gonna Shout and Broken Heroes. You can just picture the soft focus video… As expected, bonus tracks fill out the set, mainly in the form of demos of five of the album tracks and a couple of B-sides.

Rock The Nations from 1986 redressed the album art issue with a return to a classic metal image, although a Dawsonless band had to make do without a replacement bassist, Biff Byford multitasking alongside his singing role to record the bass parts. However, the title track echoed the clarion call of Denim & Leather, recalling the joys and exhilaration of doing their job as a touring rock band and, erm, rocking the nation(s)… Along with We Came To Rock, they recall the early days of knocking out anthems as a matter of course and while Rock The Nations might not have quite matched the Denim & Leathers and Wheels Of Steels, but proved that Saxon were still masters of addressing the masses.

The album also began a series of interesting, some might say questionable, decision making. VAR would certainly have been called into play when considering the use of unlikely guest pianist Elton John on Northern Lady and (hilariously) Party Til You Puke which is actually quite a fun diversion. A better chart position would indicate a return to form and of course they remained a live draw as the headline slot at the Reading Festival in ’86 indicated and from which three recordings are added along with a couple of live in Madrid B-sides. 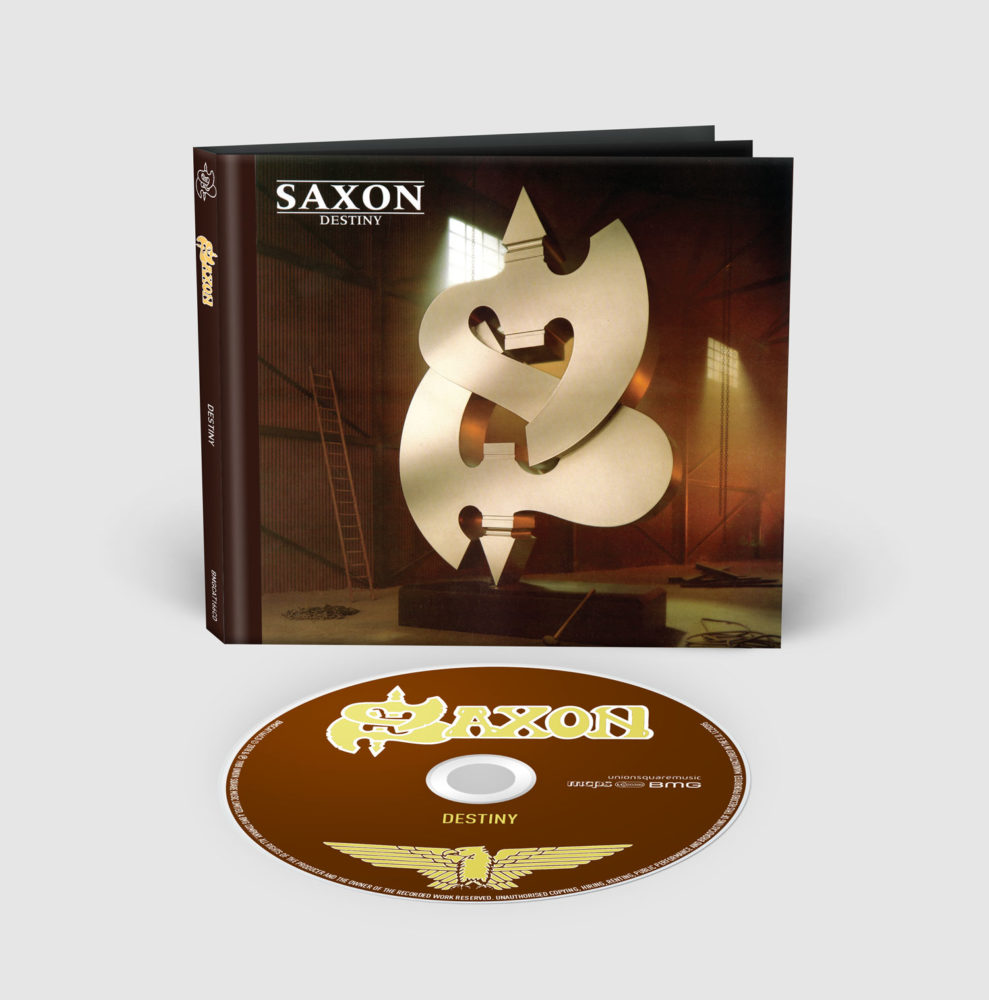 Destiny from 1988 saw a new clean logo rather than the iconic Saxon. One further unsuccessful assault on America that led to the end of the EMI years. The album saw the return of Nigel Glockner and bringing Nibbs Carter into the live line up who remains to this day as an energetic and vital presence reinforced by the rolling thunder that creeps into the majestic Where The Lightning Strikes and pacey For Whom The Bell Tolls. Their more polished sound is typified by the dubious decision to cover middle of the road songwriters Christopher Cross’ Ride Like The Wind – no prizes for guessing where some of the Spinal Tap source material came from – and Song For Emma saw another attempt at a song that would fit the soft rock template it seemed would be the way to crack the American market.

Regarded by many as the weakest link in what to be fair, is a strong  Saxon catalogue, perhaps Destiny didn’t live up to its title. A step too far and a realisation that the slipper simply wasn’t going to fit and  as the album ends with Red Alert as a sign that a return to a heavier sounds, where their roots and hearts lay, was to characterise the next chapter of a story set to run. As they say, tbc…