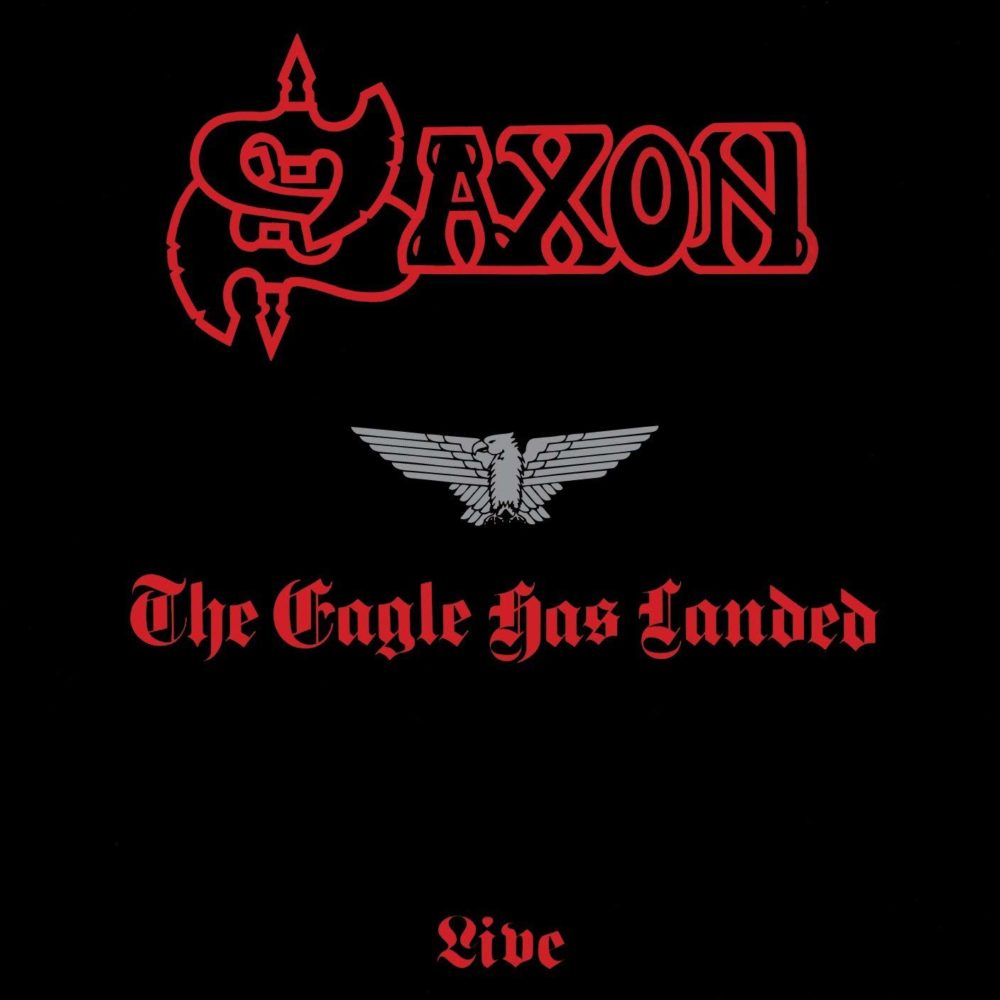 THE EAGLE HAS LANDED

#10 in the Saxon reissues and they’re back with a classic live one.

Just when you thought that the previous three sets of three reissues had reached a disappointing conclusion with the Innocence Is No Excuse/Rock The Nations/Destiny output filtering the bluff and forthright Saxon metal into something more transatlantic, the band are back to the top of the class, bouncing back with an album that shows them in their element.

Recorded on the tour that saw Saxon promoting the Denim & Leather album (although strangely no title track was included) the band had clearly hit the forefront of the NWOBHM and made enough of an impact to generate the sort of interest that would warrant a live album, although sadly not originally extended to the classic double live vinyl format. In itself that’s enough to lose a star, but at least the expanded version adds half a dozen tracks from Hammersmith 1981-2 to make up and deliver a much more satisfactory effort as a record of their first few albums.

No I wasn’t there, but there’s still a strange sort of tingle that runs down the spine with the crowd’s football chant of “Sax-on, Sax-on” (as you do, or as you did – they now appear onstage after the intro music of AC/DC’s It’s A Long Way To The Top If You Wanna Rock And Roll – equally stirring) and as the needle hits the first grooves and the dynamic Motorcycle Man leaves the blocks and you feel the excitement and release of that gig opening rush. The lights are up, the giant eagle lighting rig is on view, the band are posing like demi-gods and you’re in open-mouthed awe at Biff Byford in silver spandex. Probably the same ones he wore down Barnsley High Street of a weekend.

He’s in his element, conducting and encouraging the faithful in a lengthy audience participation (downstairs V balcony obviously) on Wheels Of Steel, and the kids are going for it – obviously decked out in denim jackets covered in patches or with their mum’s intricate embroidery displaying the logos of their favourite bands. You can bet there’s no-one at the back with their arms folded going “I ain’t doing this, it’s not cool.”

Once again, it’s packaged in a nice little media book stuffed with something to look at while you indulge in a bit of nostalgia. What some call “the same picture in a different frame”: maybe not quite up there with some of the classics of the age – double lives by UFO, Thin Lizzy, Deep Purple etc spring to mind – but hard to fault really.