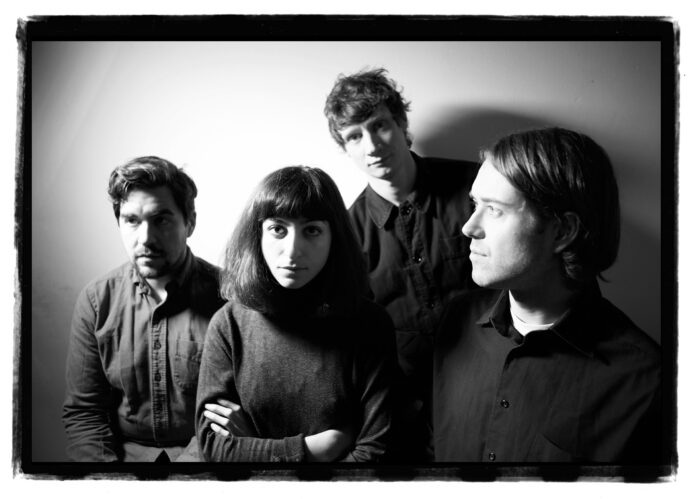 As we reported recently the brilliant Sauna Youth have a new album out soon – on 8th June in fact. In the run up to that they’re doing a rather brilliant thing, releasing a split 7″ with themselves under their alias, Monotony. “Same band members, different band instrument” is the descriptor Sauna Youth could use for Monotony, because in a nutshell it tells you all you need to know about the band. The rest you can glean by clicking play on the track above and / or reading on.

Yes, in the run up to the release of their new album on Upset The Rhythm Sauna Youth are going to release 500 7″‘s in May, as a three-track split with Monotony “a band made up of all SY members but with their instruments switched around”.

The press release tells where the idea came from:

“The idea of Monotony came about during the writing of the new SY album during a break at practise, and has resulted in them touring the UK as Monotony, being invited by Wire to play their DRILL festival last December, and also doing two sessions back to back as both bands for Marc Riley at 6Music.”

Judging by the track above, Luxury Flats, Monotony share a lot of SY’s traits, as you’d expect I guess considering they’re the same people. It’s an unstoppable joyous blast of pop as punk, careening along like all your favourite garage rock songs and begging to be hollered along to. There’s more than a hint of the “death to trad rock” bands the boss wrote about once upon a time and who were staples on John Peel’s “wingding” in the mid to late 80s. Indeed, if the great man’s still got his finger on the pulse of contemporary music wherever he is, I’m sure Luxury Flats will be putting a smile on his face.

The 7″ is available to pre-order here: upsettherhythm.bigcartel.com and it has the following track listing:

SAUNA YOUTH also has this live date lined up (where they’re booked to play as Sauna Youth):

Monotony have a Bandcamp and they tweet as @M_O_N_O_T_O_N_Y.

Sauna Youth can be found online here: lostinidea.blogspot.co.uk. They also have a Facebook page and you can hear more by them on both Soundcloudand Bandcamp.