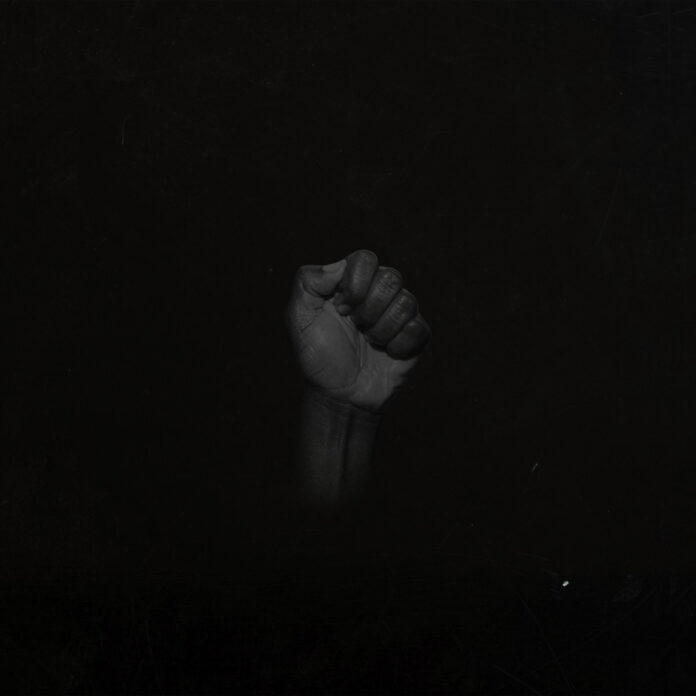 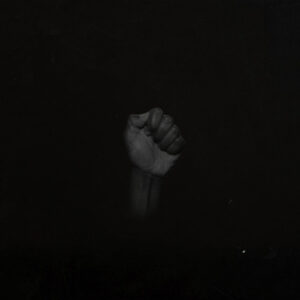 The mysterious Sault has created a powerful, potent protest album that is musically magnificent. It’s the soundtrack of our times, crying out that “we’re not going to take it anymore”. Gordon Rutherford reviews for Louder Than War.

Who is/are Sault? In this digital age, these times where nothing is private, how have their true identities been kept secret? Last year saw him/her/the band release two albums, 5 and 7, both of which were critically acclaimed. They have followed it up with Untitled (Black Is) and their identities remain a mystery.

We do know that it was produced by enigmatic London producer, Inflo, who has previously collaborated with Michael Kiwanuka (who features on this album) and Little Simz. Beyond that, we don’t know very much at all.

Does it matter? Does it make any difference if we know who is behind this project? When it comes to Untitled (Black Is)…no. It doesn’t matter. Not one jot. What is important is the fact that Sault have produced fifty-six minutes of sheer, unadulterated brilliance, hitting heights that no-one else has in 2020.

Moreover, they have done it by producing an album that speaks to the times like no other. Let’s put the pandemic to one side for a moment and deal with that other horrific open wound on society.

Since the unnecessary and brutal death of George Floyd on May 25th this year, right minded people, black and white, have been fighting back. After centuries of discrimination, Black people (and hopefully all of civil society), are not going to take it anymore.

Untitled (Black Is) is an album that is entirely concerned with putting things right. But unlike artists who have courageously tread this path before, like Public Enemy, this is a call-to-action, not a call-to-arms. It cries out for jaw-jaw, not war-war.

“Put the guns down”, it implores. It takes all of the rage and anger and frustration that has been welling up for generations and channels it more eloquently, constructively and thoughtfully, without diluting the impact, than anything that has come before.

Throughout, the message never wavers. It maintains its stance every step of the way. But it’s critically important to call out that this album is about more than just the words. It is a musical landmark and should be recognised for that just as much as it is as a piece of social commentary.

The music, which is like a rich compendium of the very best of black music through the decades, weaves a wonderful path through a diverse range of sub-genres. Untitled (Black Is) is a veritable melting pot, from the hip-hop of Hard Life through the hot buttered soul of Sorry Ain’t Enough to the afro-beats of Bow, featuring Michael Kiwanuka.

From several short but powerful spoken word pieces, through the Sly Stone like grooves of Black, from the gospel of Eternal Life to the doo-wop/Prince-esque soul ballad (yes, really) of Miracles, this is an album that has it all.

Untitled (Black Is) takes There’s A Riot Goin’ On, fuses it with Innervisions and blends in a chunk of Sign o’ the Times. All with the social commentary of What’s Going On. And I don’t say any of that lightly.

It all begins with what sounds like playground chanting on Out The Lies. The track shifts down a gear dramatically as a mournful piano takes over. A voice speaks and tells us that “Black is safety/Black is Benevolence/Black endures”.

This segues into the psych-soul of Stop Dem. The playground chants return, imploring “Even though we know that you fear us/That ain’t no reason to kill us”. It’s an incendiary opening and the dichotomy between the child-like voices and the brutal reality of the lyrics is quite stunning.

Following Hard Life, we have the chant-based Don’t Shoot Guns Down. “Don’t shoot/I’m innocent”, pleads the vocal, over a sparse percussive beat and an ominous police siren.

The message runs through the entire album, all fifty-six minutes of it. The contradiction we encounter at the beginning keeps returning. On the album’s two solid gold pop bangers – Wildfire and the absolutely delicious Monsters – you will not be able to stop yourself dancing with sheer elation as the beats take hold and force you to move your body. And you realise that you are grooving joyfully whilst the lyrics teach us that “Everyone’s scared to look ‘cause they fear/The monster under the bed”. We conclude that the message isn’t always in your face and at times it can be extremely subtle and wrapped in the most delicious melody.

Something else that it’s important to call out is the fact that the message isn’t always reflective and reactive. On several of the songs, Sault look to the future with incredible optimism. It’s positive, empowering and full of hope. It envisages a future where the world isn’t like this anymore and I found that aspect of the album incredibly inspiring.

It’s little things, like on Hard Life where the vocal sings “Things are gonna change” and “Finally we’ve reached the end” and “Everyday we shine for eternal life” on Eternal Life. Overall, Untitled (Black Is) takes a very sombre and serious issue and makes you believe that if people pay attention to it and act accordingly, the world can be a better place. It leaves you in no doubt that when it comes to equality, we’re in a bad place right now and have been for a long, long time. But it also makes you believe that it can be fixed and it does that without sounding like motherhood and apple pie.

I haven’t heard anything else with such clarity of message, topicality or musical brilliance this year.

In short, this is the zeitgeist. This is the album of the year. Stop the clocks.