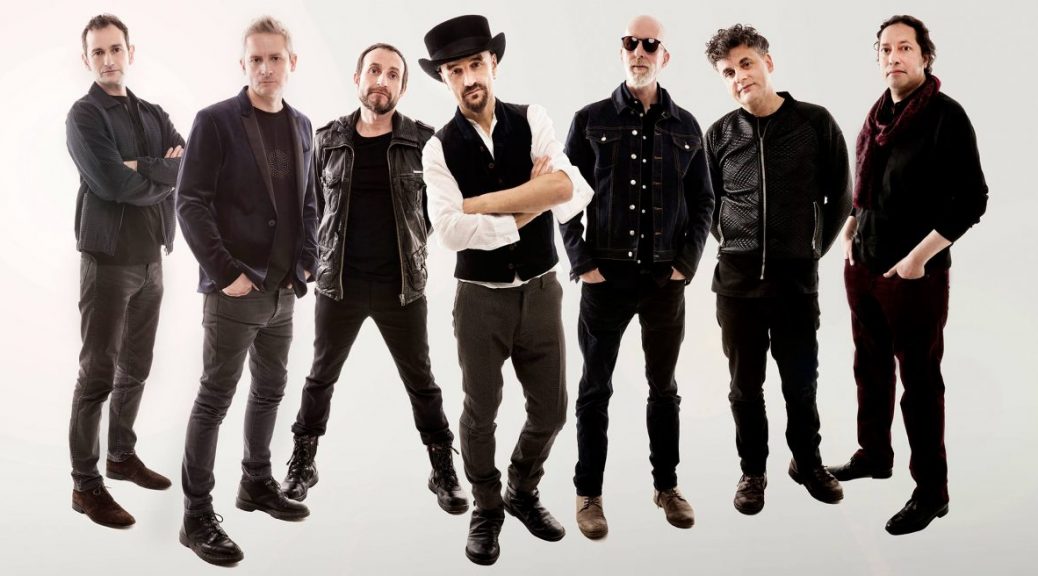 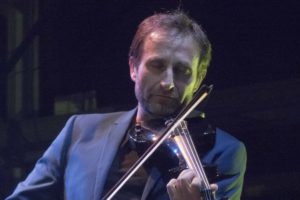 LTW: We’ve been rather spoilt with new James material this year. We’ve had the EP and now the LP. Are you feeling particularly creative right now or is it down to some sessions you’ve been doing altogether in Sheffield?

Saul Davies:  That’s right, we wrote in Sheffield, yeah, that’s why we got the album together. We are writing more music for the next album already. So yeah, we are in a good place at the moment.

There’s a very heavy political tone on a lot of the tracks and the title. Is that an organic thing or is that a deliberate thing or something Tim had to get out of his system?

Both really; in the period we have been making this record, all sorts of stuff has been happening and we are not impervious to that are we? So some of it I think is deliberate and some of it comes about because you’re alive.

There’s a lot of drums on this album and they sound great; whose idea was that?

We wanted to experiment with some more rhythmical ideas. The drum sounds we’ve been using over the previous two albums had changed quite a lot, they were less organic-sounding and so we wanted to make another shift in terms of the rhythmical part to the sounds we were using. It was a collective idea really to do something different with the rhythm tracks. We felt like we had gone, we’d started that process with La Petite Mort and Girl At The End Of The World and wanted to do more of that.

You’ve got a new touring member, how did Debbie come on board?

I actually don’t know really, we found her at the motorway services or something! She was suggested by somebody, to somebody to somebody, if you see what I mean. Because Ron who had been working with us had decided to leave so we needed to have some help perhaps. We like the idea of having other people working with us so the suggestion was made and Debbie came along. The rest as they say is Debbie!

It does add an extra dimension to the live sound, like Ron did.

She knows what she’s doing, she’s enthusiastic about the process. I’m not sure it was necessarily look like it was going to work that well on paper. The fact that she’s a lot younger, she’s a girl and all the rest of it. But it’s great; it’s brilliant. She’s seamlessly somehow fitted in and it’s good. It keeps us lot a little bit on our toes as well. I like it, I like her presence a lot and she’s cool.

How’s she fitting in with the way that you play your shows; it’s all very loose and they flow rather than structured; is she keeping up with that?

Yeah she’s adept and she’s able to keep up, more than keep up and she gets what we’re doing. She’s grown I think to really enjoy what we are doing and it’s a challenge of course. Lots of new material for her to learn. She’s done admirably well and I have the feeling there could be more and more to come from her, you know.

Coming back to the album do you have a favourite track to play live?

I think we’re still at the point of finding out what they all are live really, I don’t think we’re there yet with many of them. That will come in time. There’s not been time or room for favourites or even necessarily addressing anything, it’s just trying to make them work.

Yeah, because it’s a little different way of releasing the album, normally you’d tour straight after whereas now you’re just doing festivals, where we imagine you’d have to juggle the set a little bit more?

Yeah, I wouldn’t have done it this way around, but that’s just the way it is. We’re having to try to fit as much of the new material into our festival sets as possible. It’s a bit annoying; it means we don’t get a proper run at it. That’s one reason why we’re not quite there yet with the new material live I think. What’s annoying is that we can’t go and play eight or nine new songs at the festivals, as we’d just lose the audience. We played five or six at Latitude, which was good, but in an hour you can only really do about three new ones, which is about a third of the set. Which is hard core, really, but fuck it!

While it’s frustrating, we’re still getting out in front of people that are not necessarily our audience and playing, which is great.

Absolutely, and we know we can do that. On our day, we’re as good as anybody out there, we just have to trust in that really.

As for the new songs, we’re going to have to use most of the soundcheck and VIP sessions and time when we’re not playing on stage when we’re on the road in Australia and New Zealand working on those songs. We’ve got our chance in the arenas [in December] to go out and play the record.

I think it’s the one genuine track on this album that has ‘James’ written all over it.

It will resonate with people.

That’s exactly why. I think long after we’re gone somebody somewhere will one day put it on their weird virtual reality album player and enjoy it.

Living in Extraordinary Times is released on August 3rd. You can read our review here.

The band returns to the UK for an arena tour with The Charlatans in December playing: SSE Hydro, Glasgow on the 5th, Wembley Arena on the 7th, Manchester Arena on the 9th and First Direct Arena, Leeds on the 9th. Tickets are available from wearejames.com/live.