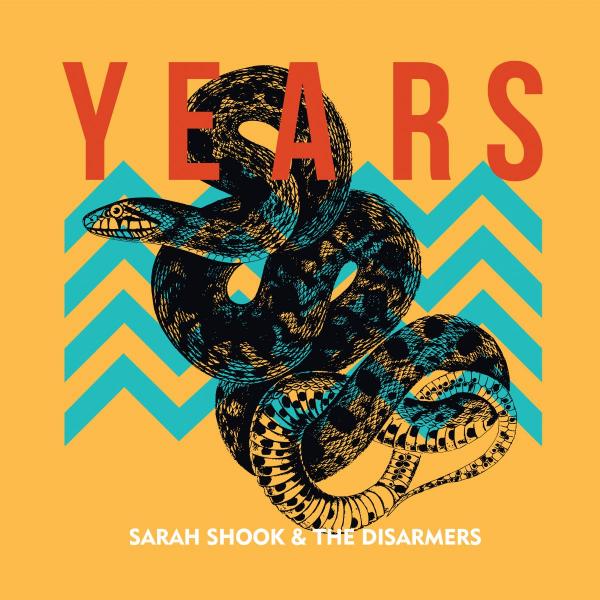 Sarah Shook and the Disarmers 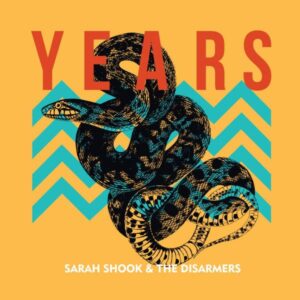 In 2017 the band released one of the best albums of that year in Sidelong, now comes the follow up. A difficult enough task for any band having released a debut to such acclaim, but the good news is that Years keeps up the high standards. Not only that but Shook has clearly not gone all establishment on us and buckled under the pressure of the success she is achieving. There is still that glint in her eye and a raised finger to the world. If you don’t like Shook well that’s your problem not hers. Move on. Let it go. As in the song Lesson – a perfect country pop song – about trying to learn her lessons and move on. But whatever, she will keep on lovin’ till the lovin’s gone. There are songs about lovers coming and going. About booze. About the spirit of hope against the odds. Of the rebellious urge to kick against the pricks.

Shook mixes up gender roles, sometimes singing from the point of view of a man and sometimes a woman. These are sketches from the edge of life, the borders of relationships and the underbelly of dreams and nightmares, the place where only the next drink or the next dollar matter, and sometimes the next love, for even on the street the homeless dream. Shook has the eye for the details of relationships and the joy and despair they bring. As on the opening track, Good As Gold, which exposes her fear of commitment to a man who is so good she can’t bear to think what would happen if he left her. So she will end it. But then there are the failed relationships, as on New Ways To Fail where she complains that she never lives up to what her partner wants and she needs this shit like another hole in the head.

The Disarmers, and what a great band they are, have a cleaner sound on this album, which opens up the spaces for Shook’s voice to roam, like a voice through the open prairies of the West. It’s a world-weary voice clinging to hope and with a vibrato that is a tremble of the emotions, like a song bird calling its young, or calling for feed in winter. It’s a voice somehow surviving and flourishing on a diet of cigs and alcohol. It’s not just the voice – which in itself is a feature that sounds like it has been through every turmoil and still come out the other side with a glint of an ironic smile – but it’s the words too, that resonate with anyone who has walked a path between love and hate, between sobriety and drunkenness, between God and the devil, between hope and despair. And she has lips to put around the bottle.

The Bottle Never Lets Me Down is a perfect insight into the mind of a drunk where all he can think about is the night time and the chance to get drunk again and forget all the bad memories, to remember the man he used to be. The voice sounds like it’s coming from a sidewalk outside a bar, as the neon lights flicker and the moon and the stars come out. It has a dark edge to it – a sombre staggering down the street rebel yell. Sure, the botte never lets you down, but it takes more than it gives. It’s a mournful ballad for the good times that he can’t bear to think about anymore.

Over You describes that moment when a relationship is finally over, when you are so tired that you can’t even cry, whilst Parting Words describes the empty feeling, the hole in the heart, when someone you love leaves you with just parting words that won’t wrap arms around you. Damned If I Do, Damned If I Don’t is a wonderful song about the rogue who has excuses for everything; it’s not his fault he got drunk and slept around. A great outlaw tune. Heartache In Hell has a slower rhythm with Shook’s voice singing like an angel in hell; an angel drowned in sorrow and whiskey and wings burned by fate and convention.

The album ends with the title track. It’s a song about waiting around, hoping that things will get better, but knowing they won’t. Waiting for love to come back, waiting for the good times to come back. It’s been years since she knew how to move him, and years since he said her name how he used to. When Shook sings ‘years’ and her voice raises the notes it’s like a mournful coyote raising its voice to the moon. It’s a great track to end the album.

Years is an album that  lays bare years of heartache and struggle and says bollocks to it and bollocks to you all; I’m still here and I’m gonna follow my own path. It’s an album that says accept me on my own terms or fuck off. Shook takes the past musical traditions and dresses them up with 21st century sensibilities. Like all great writers she takes from the past, imbues it with the present and then sprinkles on that indefinable magic that all great songwriters have, that can’t be defined by critics or fans alike. It can’t be contained in words, or described in paragraphs; it’s what gets your foot tapping and moves your heart. The indefinable essence of life distilled though music.

Watch The Bottle Never Lets Me Down form the album here: