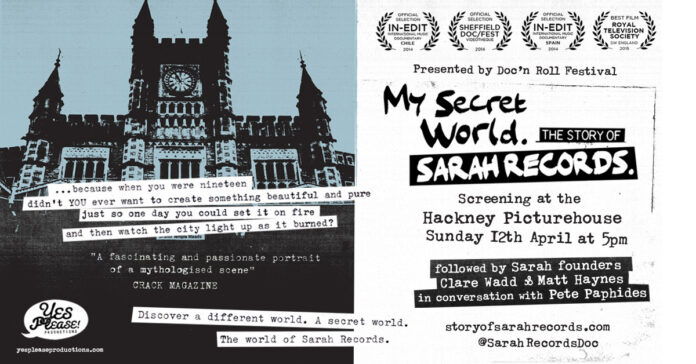 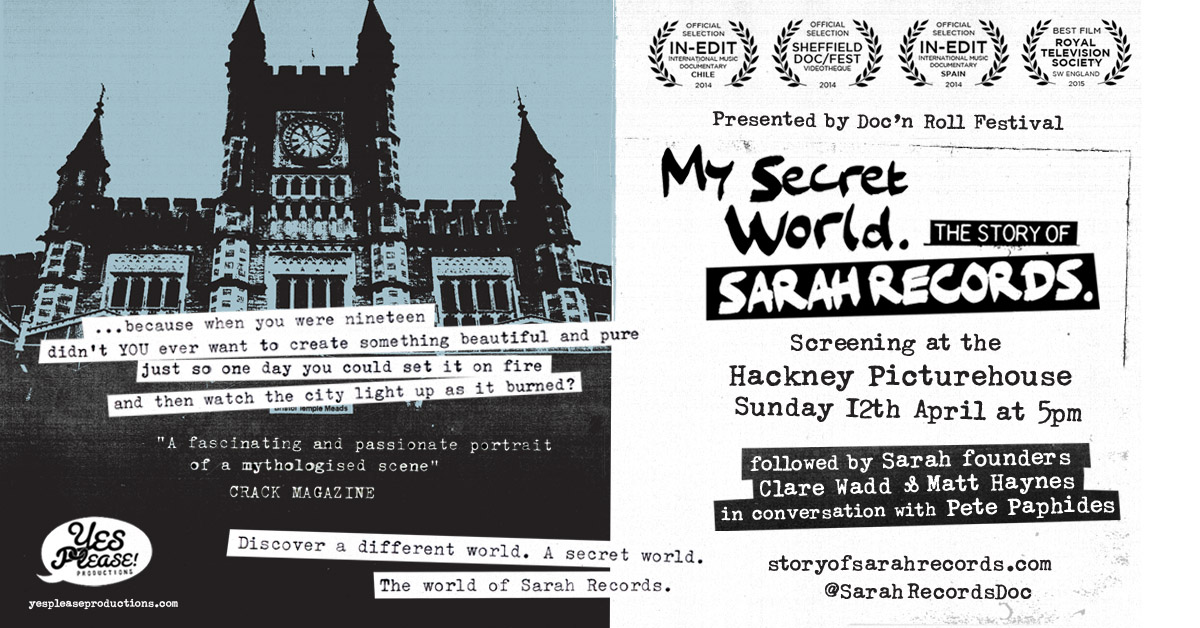 You’ll remember last year we wrote a couple of pieces about the Sarah Records documentary, My Secret World, which at the time was in post production. Well, things move slowly in the world of film but it finally brings us great pleasure to pass on the news that the documentary has finally reached the stage where general members of the public can get a chance to see it. Read on for details.

As you probably know, Sarah Records were famously championed by John Peel and this documentary will be exploring what is unquestionably a “legendary, influential and often misunderstood label.”

Home to such bands as…

Heavenly, East River Pipe, The Orchids, The Hit Parade, Even As We Speak, Boyracer, Brighter, Blueboy, The Field Mice, Another Sunny Day, Shelley and St. Christopher

…it was for years considered to be the hallmark for “indie”.

I won’t ramble on more about the documentary or Sarah Records – I’ve done that plenty much already on this site both here: My Secret World – The Story Of Sarah Records and here: Sarah Records: Details about a whole weekend celebrating one of John Peel’s favourite labels – but I will pass on details of two live screenings of the documentary…

The London one has proved so popular it has been moved to the largest screening so there should be room for everyone!