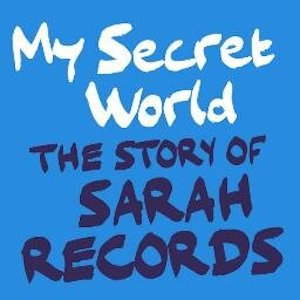 Back at the start of January we posted a piece about a feature length documentary all about one of John Peel’s favourite labels, Sarah Records. In the words of the makers themselves they were setting out “… to explore this legendary, influential and often misunderstood Bristol label.” That documentary, it seems, has now rapped and they’ve lined up a special screening of the film at Arnolfini Gallery in that city’s home town May Weekend where it forms the nucleus of a whole host of celebrations about Sarah records. Full details below.

We won’t pass on all the details about the documentary as we’ve already done that (go here to read it), this post is just to pass on news about the special weekend Arnolfini are planning around the documentary celebrating the label in general. Over the bank holiday weekend (Saturday 03 May 2014 to Monday 05 May 2014,) a programme of concerts (featuring performances by The Orchids, Secret Shine, and Amelia and Rob (ex-Heavenly)), an exhibition of Sarah memorabilia (including original artwork, sleeves, posters, fanzines), the documentary (My Secret World) and activities (such as a themed walk) to celebrate the legacy of Sarah Records has been arranged.

Full details about the weekend can be found on Arnolfini’s website.

“Operating at first from a telephone-free basement at the top of Blackboy Hill and then from a house overlooking Bedminster station, Sarah Records released 100 7″ pop singles between 1987 and 1995. Clare Wadd and Matt Haynes, the label’s young founders, then took out adverts in the music press headed ‘A Day For Destroying Things’ announcing that the label was over and that they didn’t do encores.”

“Since then, Sarah has acquired almost legendary status around the world, and is now the subject of both a documentary – My Secret World, made by filmmaker Lucy Dawkins – and a book, Popkiss: the Life and Afterlife of Sarah Records (forthcoming from Bloomsbury).”

“As well as displaying a healthy DIY punk attitude, the idiosyncratic label saw its productions as something of a love letter to its home city, featuring photos of Bristol on the centre labels of its singles, naming its compilations after local places, and giving away postcards that formed a jigsaw of Temple Meads station.”